Is the American Dream Really Dead? 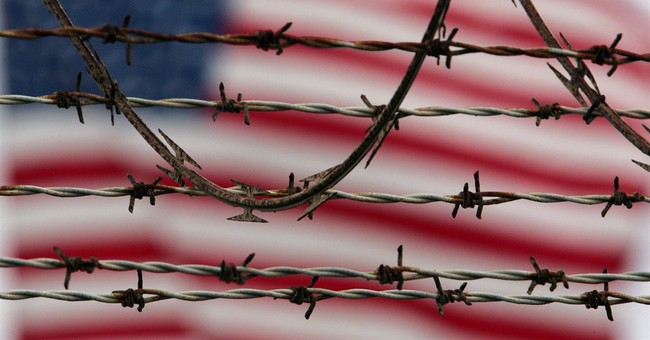 Last month, a professor of economics at the University of California, Davis made some headlines by basically asserting that there is no American dream. It's a myth. He crunched the numbers, supposedly disproving it. Hmm. My dad used to always say, "Did you ever hear about the statistician who drowned in a river, the average depth of which was 6 inches?"

KOVR-TV interviewed professor Gregory Clark about his findings. He declared: "America has no higher rate of social mobility than medieval England or pre-industrial Sweden. ... That's the most difficult part about talking about social mobility is because it is shattering people's dreams."

Yet America has many "rags to riches" stories. The rest of this article is dedicated to one such case.

Leo Raymond was born in a Faribault, Minnesota, farmhouse Sept. 24, 1921. That town is about an hour south of the Twin Cities. He was one of six children -- three boys, three girls. The farmhouse didn't have electricity when he was growing up, nor did it have indoor plumbing.

Leo had to walk to his one-room schoolhouse, which was a mile away. One of his sons used to quip, "He had to walk uphill, both ways." But truly, he had to walk to and from school every day, even when it was really cold. One February, the temperature never got above minus 20.

Even though that one-room schoolhouse from first to eighth grade was so rudimentary and simple, he got a first-rate education compared with any modern education. His incredible abilities in math and grammar were made secure in that small room.

He was so sharp as a youngster that he skipped second grade, and his mother, a retired schoolteacher, decided to save what paltry money she could to help create a college fund for little Leo. One version of his obituary says that was "a good thing because he hated doing farm chores and couldn't wait to shake the cow manure off his shoes and see what the big city had to offer."

Leo became the first in his family to go off to college. He attended the University of Minnesota. This was in 1938, when he was 16. He graduated with a degree in economics in 1942.

He served in the Navy aboard a transport ship in the Pacific, the USS Ulysses S. Grant. After his service in the Navy, he earned an MBA at the University of Michigan in 1947.

Meanwhile, during World War II, he met his wife-to-be, Ann Lombard. She was the daughter of a prominent military surgeon who was transferred a lot during his career.

They got married May 1, 1948, at St. Augustine Cathedral in Pittsburgh. She was born in New Orleans, and her marrying a Yankee was an interesting combination.

It was a wonderful marriage (no civil war there). They settled in the Chicago area, eventually moving to and staying in Winnetka, Illinois. They had eight children -- six boys, two girls. They were devout Catholics. They provided everything needed for their children, including quality education at all levels.

Leo became a certified public accountant and worked for Arthur Andersen & Co. He went on to work for Field Enterprises, beginning in 1952. Later, he became the vice president and general manager of the Chicago Sun-Times and Chicago Daily News. He worked for three Marshall Fields -- III, IV and V.

This was an amazing achievement -- going from a poor farm without an indoor bathroom to becoming an executive for years at two major papers in one of America's biggest cities.

Tragedy struck Leo in 1977 at the age of 55, in the form of bleeding in the brain. But prayers, organized by his wife, went up all over for him. She oversaw round-the-clock prayer vigils for his recovery, which eventually came. He was never able to drive again, but overall he became his pleasant self again. By God's grace, his family received the gift of 37 years with him after that.

In 1979, he transitioned from his executive position to teaching accounting at DePaul University. He was tough but well-respected. If you deserved an F, he gave you an F, regardless of your self-esteem. If you deserved an A, you got that, too. He retired in 1991.

Leo was a generous man, always picking up the tab. A whiz at cards, he was "Lucky Leo."

He was plain-spoken. One time, when he was dining with a high official in the Roman Catholic Church, the cardinal, as I heard the story, had some mayo on his chin. Leo discreetly pointed it out to him. Then the cardinal turned to his underlings and rebuked them for not telling him.

Another time, Leo and a son were in a famous restaurant in New York City. While waiting for a table, he sat next to a man with a strange handlebar mustache at the bar. It was Salvador Dali. Leo had no idea who he was. He said to the artist, "Well, you must have quite a lot of self-esteem to sport a mustache like that. How do you do? I'm Leo."

Dali introduced himself, and Leo asked him what he did for a living. Hearing the answer, he told Dali, "A painter? Well, we just settled on a new contract with the painters union, and those guys were tough negotiators." Dali replied, "Not that kind of painter. I paint on the canvas." Leo looked surprised and said, "There's no money in that. How can you afford to eat in a place like Sardi's?" That's when Dali roared and insisted on paying for their drinks.

The end of Leo's earthly time came Dec. 10, 2014, at age 93 at an assisted-care facility in the Chicago area. Not bad for a poor Minnesota farm boy. Long live the American dream.

P.S. I know this is all true because Leo Raymond's last name was Newcombe. He was my dad.