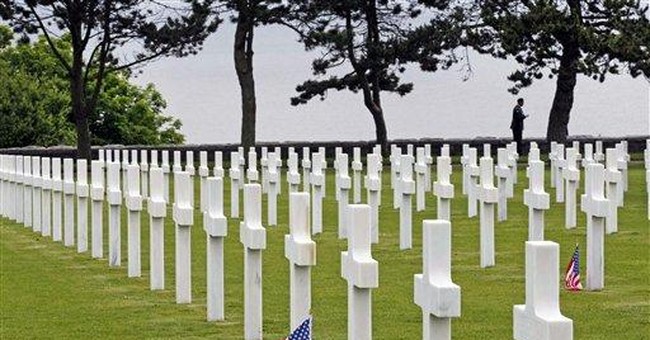 The man who co-created PayPal helped solve a big problem, how to make trustworthy payments on the Internet. This successful solution has enriched the lives of everyone---himself included.

Now, he wants to think outside the box to solve another problem: Death.

Writing for the Telegraph of the UK (9/19/14), Mick Brown penned, “Peter Thiel: the billionaire tech entrepreneur on a mission to cheat death; The co-founder of PayPal and likely the most successful venture capitalist in Silicon Valley is on a mission to change the world through technology – and to find a cure for death.”

When Brown interviewed Thiel, the topic turned to “the question of death. ‘Basically,’ Thiel says earnestly, ‘I’m against it.’” Thiel reportedly returns to this topic often.

Thiel adds, “I think there are probably three main modes of approaching it. You can accept it, you can deny it or you can fight it. I think our society is dominated by people who are into denial or acceptance, and I prefer to fight it.”

I’m reminded of the old story about our 30th president, Calvin Coolidge, a man of few words, who attended church one Sunday morning. When he returned, he was asked what the sermon was about. “Sin,” replied Coolidge. “What did the minister say?” Response: “He’s against it.”

And so Thiel is against death. Well, good luck with that. I am sure there are ways to increase the length and quality of the life that we have and to reduce some of the diseases that prematurely bring death. But ultimately all of these things will only prolong the inevitable.

Studies repeatedly show that getting more exercise within reason, that prayer and meditation, and having an optimistic outlook improve the quality of your life. Attending church on a regular basis tends to lengthens one’s life and also improves the quality of life. This is a repeated finding. It is a God-given desire to want to live forever. But none of this spells the death of death.

Wisdom from the Bible sheds light on this. It is written, “…it is appointed for men to die once and after this comes judgment.” Death is a fact, and it is universal. Yet death is the great enemy of humanity---certainly no friend. Proverbs says those who hate God’s wisdom love death.

Death entered into the world because of sin. In that sense, it is profoundly unnatural. Death is indeed the final enemy to be defeated. However, in one sense, death has already been defeated. Jesus defeated death both on the cross and in His resurrection.

Christ rose from the dead bodily and changed all of history because of it---and the Bible tells us His resurrection is the “firstfruits” of the Christian’s own bodily resurrection to come. How great to know that recently David Limbaugh’s book, Jesus on Trial: A Lawyer Affirms the Truth of the Gospel, which includes historical evidence for the resurrection, shot up to #1 on Amazon.

C. S. Lewis once wrote: “…this universe is at war...it is a civil war, a rebellion [against God]...we are living in a part of the universe occupied by the rebel. Enemy occupied territory---that is what this world is. Christianity is the story of how the rightful king has landed, you might say landed in disguise, and is calling us all to take part in a great campaign of sabotage.”

C. T. Studd once said, “Only one life, ‘twill soon be passed. Only what’s done for Christ will last.” It isn’t how long you live. It’s what you do with the life you have.

Consider the great Christian hero, Jim Elliot. He and four other young men died as missionaries to Indians in the jungles of Ecuador in 1956.

His widow and female family members of some of the other dead missionaries returned to that place and lived among the tribes-people and brought the gospel to them. Some of the very men who had speared the missionaries to death found new life in Christ through these efforts.

These five missionaries who died so heroically helped spark a new interest in Christian missions at that time. I mention all this because Jim Elliot said famously, “He is no fool who gives what he cannot keep to gain that which he cannot lose.”

Reinhold Niebuhr wrote the famous serenity prayer: “God grant me the serenity to accept the things I cannot change; courage to change the things I can; and wisdom to know the difference.” Despite the noble-sounding aspirations of those like Peter Theil, death--at least this side of Christ’s return---is one of those things we “cannot change.”

If you want to live forever, then believe in Jesus Christ who alone has conquered death and will raise to new life all who believe in Him when He returns.