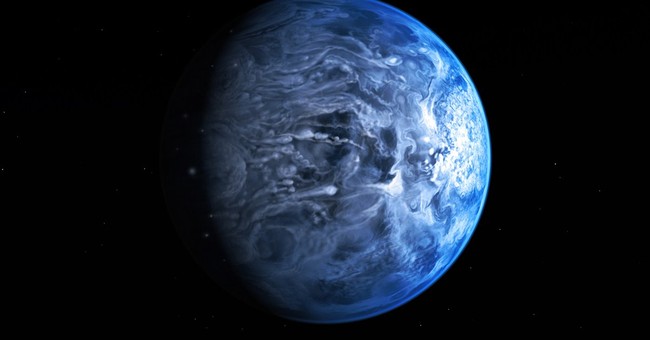 Every time I log into a computer and have to enter my password, I’m reminded of how impossible evolution is.

One little mistake on the keypad, and I can’t log in. There’s even a website where I seem to be in permanent “log-in purgatory.” I can’t login ever. Granted, it’s operator error. But still...

How does this tie to evolution? Because if evolution were true, then we are to believe a whole series of complex sequences managed to get everything right---repeatedly.

To use a clichéd example: It would be like a monkey typing at random and coming out with the complete works of Shakespeare without any errors.

There’s a new book on evolution that is getting a lot of attention---and deservedly so. It is Darwin’s Doubt by Stephen Meyer. If you’re familiar with the topic, the subtitle is very clever “The Explosive Origin of Animal Life and the Case for Intelligent Design.”

This is not some minor book by an “obscurantist backwoods fundamentalist.” It is published by HarperCollins and was written by a man who earned his Ph.D. at Cambridge. This 500-page illustrated book made its way to 7th place on the New York Times bestseller list.

I had the privilege of interviewing Dr. Meyer of the Discovery Institute on my radio show last week. He said of his book, “The title tells the story. I tell the story of a doubt that Darwin had about his own theory.” The doubt centers around what’s known as the Cambrian Explosion.

About a decade ago, TIME magazine had a cover story on the Cambrian Explosion. They called it “Biology’s Big Bang.” Geologists place the Cambrian period, which they say was supposedly 550 million years ago, seven geological periods before the Jurassic one, as in Jurassic Park.

Meyer explains, “The Cambrian Explosion refers to the geologically sudden or abrupt appearance of the major group of animals early in the fossil record, in a period of time that geologists call the Cambrian.” The key word is “abrupt.”

In his classic book, On the Origin of the Species, Darwin wrote, "If it could be demonstrated that any complex organ existed which could not possibly have been formed by numerous, successive slight modifications, my theory would absolutely break down. But I can find out no such case."

But Meyer says Darwin was aware of the Cambrian period (“at first commonly called the Silurian” (Darwin’s Doubt, p. 6)). Meyer says, “it was a challenge to his theory because he anticipated that the mechanism of natural selection, acting on random variations, would have to work very slowly and gradually. He thought that the variations would be slow, minute, and incremental. If they were big, the mechanism would create deformities that would not survive, so he thought the mechanism needed to generate small and incremental variations. And that would take a lot of time.”

Meyer told my listeners, “What we see in the fossil record is the abrupt appearance of these animal forms. [Darwin] knew of some of them in his time. But he anticipated or hoped that subsequent generations of fossil-hunters and paleontologists would discover the ancestral precursors to these animal forms in the lower pre-Cambrian layers.”

What has happened since Origins was first published in 1859? “In fact,” says Meyer, “what's happened is that more and more Cambrian animals have been discovered---most of which have still lacked these ancestral forms. And so we have this pattern of very abrupt, discontinuous appearance, in contrast with the picture of the history of life, which Darwin drew of a slow, gradual, unfolding of life.”

This problem for Darwinism is not just in the fossils. The so-called missing links are still missing. But Meyer also notes, “It's this deeper problem of coming up with a mechanism that explains complex animal life, especially in the wake of all the things we discovered in the last 50, 60 years in biology about the importance of information---digital code and other forms of information that are stored in DNA and elsewhere in the cell.”

Meyer adds, “It's just like in computer science. If you want to have a new function on your computer, you've got to have lots of code, lots of instruction. If you want to build these complex animal forms, we now know, you need information, you need instructions. And that's the crucial question that is really creating an impasse in evolutionary theory. Where does that information come from?”