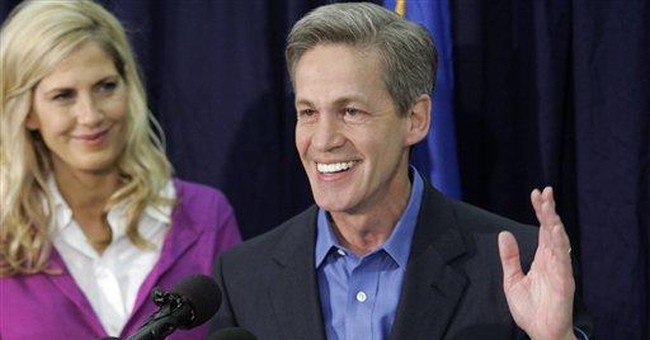 Don’t you hate it when the referee steals the game from your team?  A crucial call on the goal line robs your team of a touchdown when you can clearly see that your hero was over the white line.  Or the opposing player was called safe at home when you could tell that he was out by a mile.

Sometimes the referees mess up.  They are only human.  More often it is our perception, we just hate to see our hopes dashed, our championships deferred (I am writing from Chicago, Cubs territory) and our wants and desires denied.

But some people need help from the referee in order to win.  Activist jurists and politicians have judged themselves capable of rewriting the rules for a cause. Several examples are at hand today.

Norm Coleman, Republican candidate for senate in Minnesota keeps winning the recounts, but the Democrat, Al Franken, throws the red flag after every review, waiting for the refs to “get it right.”  Like Al Gore in 2000, Franken can’t seem to accept that he actually didn’t score enough points, yet he is being accommodated in statistically suspicious recounts.

In 2000, the people of California voted to affirm marriage as one man and one woman, but a few judges and the mayor of San Francisco put on striped shirts, blew their little whistles and made an illegal procedure call on the people.

So Californians voted yes on Proposition 8, amending the state’s constitution.  Gay activists, somewhat stereotypically, had a hissy fit.  They want the refs to ignore the rules, declare the game over and hand the victory to them.  The rules are not to their liking.

Immigration is another game out of control.  Michael Medved, in his excellent book “The Ten Big Lies About America,” writes about immigration and assimilation.  He points out that the percentage of foreign born baseball players in America is huge, yet baseball thrives because “the overriding factors of common purpose (playing to win) and clearly defined rules (enforced by umpires) take precedence over any difference in culture and values.”  I would add that the umpire does not get to look for a “deeper meaning” in the penumbra of the rule book.

American born quarterback Anthony Calvillo lost this year’s Grey Cup (Canada’s Super Bowl) in part because he and his team only managed one touchdown.  Should Calvillo have run to the referee demanding that he get four downs, rather than the CFL’s three, screaming “that is how we do it where I come from?”

Why isn’t there a grievance group marching for the “rights” of Americans who are used to having an additional opportunity to throw the football across the original frozen tundra?  Should an activist referee help players get what they want?

Life has to have rules.  We all want to think of ourselves as self-sufficient renegades, riding like Clint Eastwood across the high plains to our own soundtrack, but you can’t realize your dreams if I am allowed to crush them.  The people make the rules, even in a Republic.

A close election should be recounted.  But it should be an across the board recount with one review only and then the loser needs to bow out gracefully.  Who wants to be governed by people who fix elections?  (Again, I am writing from Chicago.)

Activists in California should advance another proposition.  The rules allow for that.  As with prohibition, an amendment doesn’t have to be forever, but the rules do not allow for someone to call an audible in the middle of the game.

Immigrants like me do not have the right to demand that we all ignore it when they come across the border illegally.  You have to be invited onto the team.

Of course elections, the definition of marriage and immigration are not games.

There is a reason it is called real life.  It is time for everybody to grow up.