Hillary and the Beast

Jeremiah Cuevas
|
Posted: Jun 10, 2016 12:01 AM
Share   Tweet
The opinions expressed by columnists are their own and do not necessarily represent the views of Townhall.com. 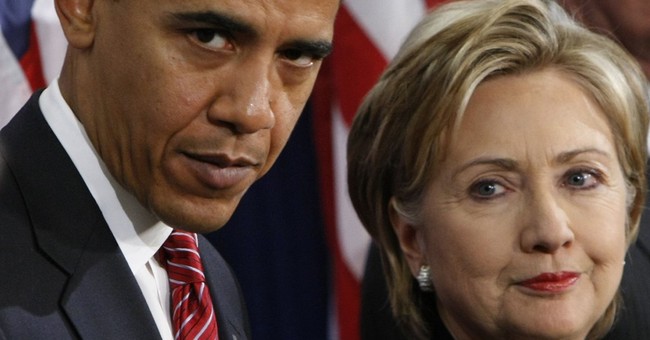 It has been almost two weeks, and the media is still talking about Harambe the Gorilla, and the tragedy that befell both him and the child. The whole ordeal was a terrible all around, for the gorilla, the child and the parents of the child. However, this past Sunday the presumptive nominee of the Democratic Party questioned the validity of the entire Bill of Rights and garnered nowhere near the media coverage as the beast.

Although proponents of the 2nd Amendment were up in arms, as the discussion was caged as a conversation about gun rights. In today's political climate our freedoms are under constant fire, the bigger story that no one is commenting on is the idea that Hillary Clinton was not just attacking our right to keep and bear arms. She was attacking the entire Bill of Rights.

On Monday, the media was reacting to what Hillary Clinton said about the 2nd Amendment in an interview on ABC, and that was it. Virtually every media outlet continued talking about Harambe the gorilla and what should be done about the child's parents. In the days that followed, Harambe remained news. The media had virtually forgotten the idea that Hillary hand spoken proudly against the Bill of Rights.

With the single statement "If it is a constitutional right, then it, like every other constitutional right, is subject to reasonable regulation. And what people have done with that decision is to take it as far as they possibly can and reject what has been our history from the very beginning of the Republic, where some of the earliest laws that were passed were about firearms."

No Madam Secretary, there is no question if it is a right or not it's spelled out plainly "...The people's right to keep and bear arms..." While the media was quick to call her onto the carpet for her obvious attack on the Second Amendment. The more troubling part of her statement displays the real horror that most of the media overlooked. It is nothing new for a progressive to attack the Second Amendment in the name of public safety. What is a new development is a "... modern progressive, who want's to get things done" to attack all of our individual rights all at once.

Thomas Jefferson, who is commonly considered the father of the Declaration of Independence, proudly believed and said we as the people of America should be in open rebellion every 20 years. The only trace of that spirit that once fueled the fire of rebellion against England 240 years ago, can only be found in those who protest the idea of Donald Trump being president. That is not to say that even their passions are in the right place.

From his deathbed, Harambe commands a legion of over 500,000 activists, and that is all a liberal demographic. Change.org is currently circulating a petition to have the district court to involve Hamilton County Child Protective Services. They want the parents to be accountable for allowing the event to take place at all. The organization has a goal of 1 million supporters. Ironically, the presumptive Democratic presidential nominee attacks their right even to present such a petition, and they don't even bat an eyelash. What is more surprising is that Democrats and Republicans alike are not calling for her removal from the DNC.

What exactly is "reasonable Regulation" on speech, on religion, on expression, in the press or more specifically public access to information? Who gets to make that call? The liberal media is short sighted. If they were not, they would realize that by distracting the public with unimportant special interest stories that feed the liberal agenda are allowing for their demise. What happens when they want to report on something that those in power don't approve of?

It is exactly her view on the fundamental rights of the consent of the governed that is so troubling. The problem is only compounded because we the people have lost our teeth to the point that we are more enthralled with the death of an animal that threatened the life of a human child. Where is the American spirit that the founding fathers endorsed looking at the government with such intense scrutiny that its only whim is to serve the people not the other way around?