Why New Hampshire Is Suing Massachusetts

Jeff Jacoby
|
Posted: Jan 18, 2021 12:01 AM
Share   Tweet
The opinions expressed by columnists are their own and do not necessarily represent the views of Townhall.com. 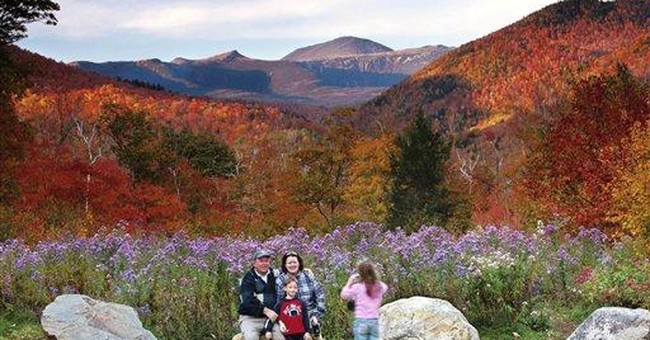 What about a New Hampshire resident who used to commute to Massachusetts?

Until last spring, that was the law. The Massachusetts Department of Revenue itself said so: "Compensation for services rendered by a non-resident wholly outside Massachusetts, even though payment may be made from an office or place of business in Massachusetts," the department affirmed in a 1984 ruling, "is not subject to the individual income tax." And if a New Hampshire resident employed by a Massachusetts company worked in Massachusetts ony part of the time? In that case, "only that portion of his salary attributable to his work in Massachusetts will be taxed."

Then came the pandemic. Massachusetts declared a state of emergency and ordered non-essential workplaces to close. Many of the 84,000 New Hampshire residents who had been commuting to jobs in the Bay State switched to working from home instead. Under the straightforward rule that had been in place for decades, Massachusetts could no longer tax their income.

So it created a new rule.

Not surprisingly, New Hampshire strenuously objected to its neighbor's unprecedented tax grab. When Massachusetts refused to reconsider, New Hampshire commenced a lawsuit in the Supreme Court, which has original jurisdiction over "controversies between two or more States." The justices are expected to decide this month whether to take the case.

"Through its unprecedented action," the New Hampshire brief argues, "Massachusetts has unilaterally imposed an income tax within New Hampshire that New Hampshire, in its sovereign discretion, has deliberately chosen not to impose."

New Hampshire isn't fighting alone. Fourteen other states have filed briefs urging the Supreme Court to take up its complaint. They urge the justices to reassert and reinvigorate a basic principle of the Constitution's federal system: that the power of states to tax nonresidents' income does not extend past their own borders.

To be fair, Massachusetts isn't the first state to violate the principle. A handful of states, including New York and Pennsylvania, have for years been taxing nonresidents for income they earn working at home. Resentment by other states has been heating up for years. Now the pandemic, by transforming tens of millions of employees into work-from-home telecommuters overnight, may have pushed the issue past the boiling point.

States with no income tax, like New Hampshire, aren't the only ones affected when their work-from-home residents are taxed by another state. So are states that do tax income, because they commonly provide a credit to residents for taxes paid to other states. That protects their own citizens from double taxation — but it also means the loss of billions of dollars that would otherwise be available to fund public services. In one of the briefs supporting New Hampshire's litigation, New Jersey, Connecticut, Hawaii, and Iowa call this "the Hobson's Choice to which they are put: doubly tax residents' income or suffer fiscal consequences."

According to the National Taxpayers Union, at least 2.1 million Americans who previously crossed state lines for work are now working from home because of COVID-19 restrictions. When the pandemic ends, remote work is expected to remain far more common than it used to be. The unfairness of what Massachusetts began doing last spring, and of what a few other states have been doing for much longer, will grow more galling. Only the Supreme Court has the power to shut down such overreaching. And now, thanks to New Hampshire, it has the opportunity.

Jeff Jacoby is a columnist for The Boston Globe.