The Kennedy Dynasty (Finally) Wears Out Its Welcome

Jeff Jacoby
|
Posted: Sep 05, 2020 12:01 AM
Share   Tweet
The opinions expressed by columnists are their own and do not necessarily represent the views of Townhall.com. 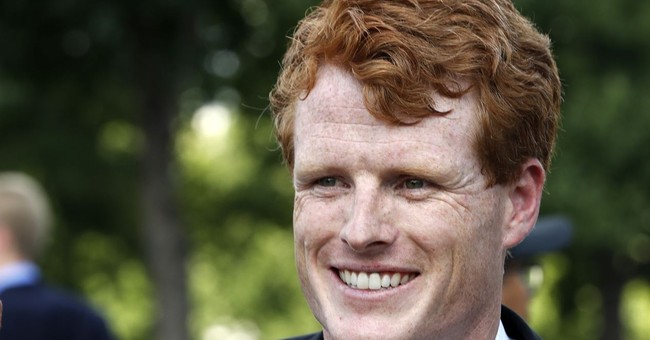 AS A VOTER, I have two rules of thumb: (1) I don't vote for incumbents, and (2) I don't vote for Kennedys. Rarely do I violate either rule, but on Tuesday I had no choice: In the Democratic Senate primary in Massachusetts, the incumbent, Ed Markey, was being challenged by a Kennedy and I could oppose only one of them. So I voted for Markey — that is, against Joe Kennedy III. Which made mine one of the 765,000 votes that ended Kennedy's congressional career — and, let us hope, the Kennedy political dynasty.

I have nothing against Kennedy personally. He has been my congressman since 2013, and though I don't share his left-wing politics, I have always thought him wholesome, amiable, and honorable. But I don't like the worship of incumbency that runs deep in Massachusetts. And as a fervent, small-R republican, I really don't like dynastic politics, with their antidemocratic reek of royalism.

"No title of nobility shall be granted by the United States," commands the Constitution. To my mind, Americans should instinctively recoil from anything that smacks of an aristocracy based on bloodlines. A nation born in rebellion against the British throne should have no tolerance for the notion that some people are fit to govern merely because they were born (or they married) into a certain family.

Vote for a candidate because of genealogy? You wouldn't choose a surgeon or a landscaper or a wedding photographer on that basis. Yet for 70 years, voters have been electing politicians to high office because their surname is Kennedy, and some people surnamed Kennedy took election to high office as their due. Late last month, as it was becoming clear that his challenge to Markey was losing altitude, Joe Kennedy released a commercial that couldn't have been more blatant:

"Joe Kennedy knows how a legacy is earned," an announcer declares, as images of his grandfather and great-uncles — Robert, Edward, and John F. Kennedy — appear on the screen. "It's a fight in his blood." Equally shameless was a campaign ad featuring his grandmother, Ethel Kennedy, saying: "He reminds me of Bobby and Jack and Teddy."

But it didn't work. The Kennedys' dynastic fairy dust has lost its potency. What eventually came to pass with other great family names in American political history — Adams, Harrison, Lee, Roosevelt, Taft — has now happened with the Kennedy name: It doesn't dazzle voters any more, not even in Massachusetts.

Perhaps Kennedy should have sensed a change in the wind. His uncle Chris Kennedy sought the Democratic nomination for governor of Illinois in 2018, and was soundly defeated. When his aunt Kathleen Kennedy Townsend ran for governor of Maryland in 2002, she not only lost, but was the first Democrat rejected by Maryland voters in 36 years. In 2010, competing for the Senate seat left vacant by Ted Kennedy's death, Scott Brown memorably insisted, "It's not the Kennedys' seat. . . . It's the people's seat." Those words struck a chord, and Brown became the first Republican elected to the Senate from Massachusetts since 1972.

Other candidates in recent years have learned the hard way that the appeal of their famous surname isn't what it used to be. For a half-century, Bush was a name to conjure with in US politics — between 1952 and 2004, Bushes won election to the House and Senate, to the vice presidency, to the governorships of two states, and — three times — to the White House. But by the time Jeb Bush began planning a presidential campaign, discerning observers sensed that it wouldn't end well. Even his mother, asked about it in 2013, said he shouldn't do it. "There are other people out there that are very qualified," Barbara Bush told NBC's Today show. "We've had enough Bushes."

A century earlier, much the same opinion had been expressed by the scion of another storied political family. "It is now full four generations since John Adams wrote the Constitution of Massachusetts," observed his great-grandson, the historian Brooks Adams. "It is time we perished. The world is tired of us."

In American politics, family dynasties rarely last more than a few generations. But even as some political tribes wane, others are plotting their rise. While the Bushes and Clintons are now a spent force in presidential politics, there is already disturbing talk among Republican enthusiasts of a 2024 campaign for the White House by Donald Trump Jr. or by his sister, Ivanka — and among starry-eyed Democrats who speculate that Michelle Obama might run for the job.

"In this fluid game of getting to dynasty, there is no shortage of applicants," political scientist Stephen Hess of the American Enterprise Institute wrote in a 2015 book. There may be no way to eliminate the advantage of being born with a famous name into a household steeped in politics, which helps explain why so many people with "political royal blood" get elected to Congress and other powerful positions.

But even if it's unavoidable, it's still disgraceful. No one should be invested with governmental authority on the basis of heredity or a family brand. "Family Ties" was a hilarious sitcom, but it's a terrible formula for the distribution of power. It took Massachusetts much too long to figure that out, but in overturning the Kennedy dynasty at last, the Bay State's voters performed a true public service.