Scrap the NEA, and America's Arts Scene Will Thrive

Jeff Jacoby
|
Posted: Mar 01, 2017 11:25 AM
Share   Tweet
The opinions expressed by columnists are their own and do not necessarily represent the views of Townhall.com. 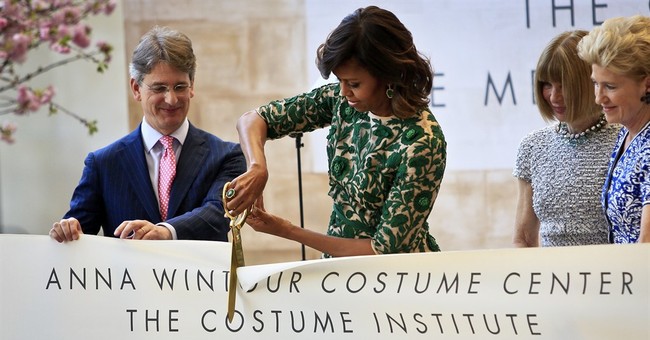 ART FLOURISHED in America long before there was a National Endowment for the Arts. It will continue to flourish if the endowment disappears.

The NEA has been doling out federal subsidies to artists and cultural organizations only since 1965; yet the agency's supporters insist that without it, the arts in America would shrivel from malnourishment. Expect to hear that argument a lot in the weeks ahead. The White House reportedly plans to recommend the elimination of the NEA as part of a $2.5 billion package of domestic budget reductions, and the arts establishment is already ginning up a lobby-and-PR campaign to defend it.

Thomas Campbell, the director of the Metropolitan Museum of Art, took to the op-ed page of The New York Times last week to bewail this "new assault on artistic activity." He conceded that the NEA's $148 million in funding is a mere speck in a federal budget projected to reach $4 trillion this year — just 0.004 percent of government outlays. And yet, he warned, "eliminating the NEA would in essence eliminate investment by the American government in the curiosity and intelligence of its citizens." That is a remarkably silly statement, given Washington's vast outlays each year for student loans, cultural exchanges, the Smithsonian Institution, the Library of Congress, and a multitude of educational programs ranging from preschool to graduate school.

Yet even if the government funded none of those things — and for most of American history, it didn't — the arts would thrive.

Nearly two centuries before the NEA was created, the poems of Phillis Wheatley — an African girl brought to Boston as a slave in 1761 — were being published and celebrated on two continents. America had public art museums before it had a Constitution; the Revolutionary-era painter Charles Willson Peale founded a museum in Philadelphia as early as 1784. Theater prospered in the United States generations before a federal bureaucracy sprang up to encourage it. The most popular playwright in 19th-century America was William Shakespeare, whose works were performed everywhere from opulent East Coast playhouses to makeshift stages in Western saloons.

Aaron Copland required no NEA handouts to compose his greatest music — "Appalachian Spring," "A Lincoln Portrait," "Fanfare for the Common Man," the score for "Rodeo." Neither did Charles Ives, Scott Joplin, or Charlie Parker. American sculpture, literature, photography, dance — brilliant art of every description abounded in the United States before the NEA arrived on the scene in 1965.

"There are no Miltons dying mute here today," remarked the Pulitzer Prize-winning playwright Thornton Wilder as the proposed arts endowment was being debated. Artistic talent doesn't go unnoticed — even in small towns, he said, "anyone who can play the scales is rushed off to Vienna to study music." Wilder was joking, but his point was serious: America in 1965 didn't need a federal arts commissar. It doesn't need one in 2017 either.

Like all beneficiaries of corporate welfare, arts organizations crave their government subsidies. But the louder they declare the NEA indispensable to American art, the more egregiously they insult the real mainstay of the arts in this country. It isn't the government. It's the army of private benefactors — foundations, corporations, and, above all, individuals — who voluntarily donate billions of dollars to support artistic endeavors of every description: poetry festivals and painting lessons, theater companies and chamber orchestras, promising new writers and modernist museums.

According to Giving USA's annual compendium on charitable giving, Americans in 2015 donated a staggering $17 billion to support culture and the arts. That set a record high. It marked a level of financial support for the arts more than 115 times the trifle supplied by the NEA. America has the most generous, most democratic arts environment in history — and 99 percent of it is privately funded. The federal arts endowment is a pointless irritant. Scrap the NEA, and America's artistic life will go on, as healthy and vibrant as ever.