Another Campaign Ends, and My Wishes Didn't Come True

Jeff Jacoby
|
Posted: Nov 06, 2016 1:45 PM
Share   Tweet
The opinions expressed by columnists are their own and do not necessarily represent the views of Townhall.com. 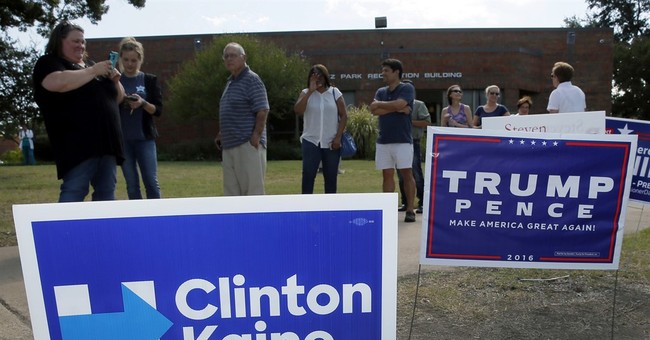 "The most dangerous man, to any government, is the man who is able to think things out for himself," wrote H. L. Mencken. "Almost inevitably, he comes to the conclusion that the government he lives under is dishonest, insane, and intolerable."

That was in 1922. If the Sage of Baltimore thought the political class during the Age of Harding was "dishonest, insane, and intolerable," God only knows how he would have characterized the Era of Trump and Clinton, or what he would have made of the ghastly presidential campaign of 2016. About the only good thing to be said for it is that it endson Tuesday, and that one of the two worst presidential candidates in American history will go down to defeat. The other, alas, will go to the White House.

There's no denying that Donald Trump and Hillary Clinton have been uniquely odious nominees. But in too many ways to count, they have also been depressingly typical examples of American politicians in the modern era. When it came to shallowness, insincerity, and hypocrisy, the 2016 presidential hopefuls (along with most of the contenders who faced off during the interminable primary season) were just more of the same — the latest batch of pettifogging jacklegs greedy for authority, and prepared to debase themselves and the American democratic system by any means necessary to achieve it.

So here we are, on the cusp of another Election Day, dreading the national hangover to follow. If you're like me, you may find yourself wondering why campaigns for the highest office in the land invariably play out at the lowest common denominator.

Just once, I wish I could hear presidential candidates set aside the pandering, and tell voters that there are some problems the government has no business trying to fix.

Just once, I wish candidates could acknowledge candidly that yes, they have changed their position on a slew of issues over the years, and yes, the new position has always been the one polls show to be more popular.

Just once, I wish candidates in a debate would refuse to answer a question posed by the moderator, on the grounds that it raises a subject far too complicated to be answered in two minutes.

Just once, I wish the candidates would remind voters that it's not the president's job to wipe their noses, and that people who make dumb personal choices shouldn't expect Washington to relieve them of the consequences.

Just once, I wish candidates would decline to "approve this message," and would repudiate campaign ads that traffic in the defamation and distortion of an opponent's record.

Just once, I wish candidates would stop bragging about the laws "they" passed, and would point out instead that no bills get passed without the cooperation of scores, or even hundreds, of lawmakers.

Just once, I wish candidates would make a point of reading John F. Kennedy's Profiles in Courage— or Federalist No. 51 — or Robert Penn Warren's All the King's Men— or Abraham Lincoln's 1865 inaugural address— and then deliver a speech explaining what they learned from it, and how it shapes their political understanding.

Just once, I wish candidates would show that they understand that a course of action can be unwise, undesirable, and unpopular, yet still be perfectly constitutional.

Just once, I wish candidates, while touting their plan to do XorY, would have the humility to concede that it might not work as envisioned.

Just once, I wish candidates would fairly and respectfully summarize an opponent's position before proceeding to dispute or criticize it.

Just once, I wish candidates would demonstrate that they've given serious thought to some of the tensions built into America's civic culture — such as equality vs. liberty, or individual liberty vs. the common good — and are able to discuss them with more depth than bumper-sticker sloganeering.

Just once, I wish candidates would admit that elected officials and government regulators are as flawed as any other human beings, and as prone to blunders and temptations as people who work in the private sector.

Just once, I wish candidates would spend less time crowing about what they'll do on Day 1 — which is usually of little more than symbolic importance — and would instead spend more time outlining what they'll do prepare themselves before Day 1.

Just once, I wish candidates would emphasize that it is nearly always more important to block bad bills than to pass good bills.

Just once, I wish candidates would place as great a premium on maintaining their personal decency as they do on achieving political victory — that they would be intent, in other words, not merely on winning, but on deserving to win.

Ah, well. Somewhere, I suppose, the shade of Mencken is smirking at the naiveté of my wish list. "If experience teaches us anything at all," the old cynic wrote long ago, "it teaches us this: that a good politician, under democracy, is quite as unthinkable as an honest burglar."

It was certainly unthinkable in 2016. Maybe 2020 will be different.