In Ego, Obama and Trump Are Two Of A Kind 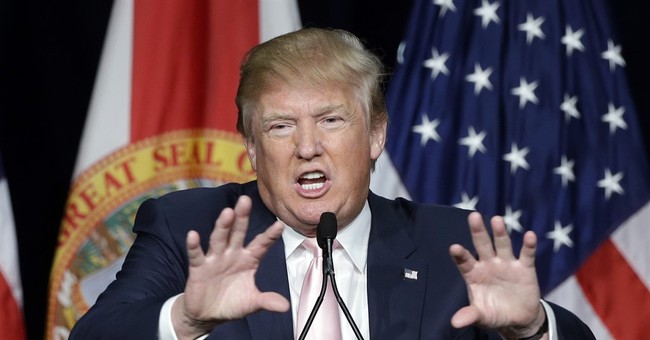 ARE YOU crazy about Barack Obama? Do you fervently hope the next president of the United States will be as similar to the current president as possible?

Then Donald Trump may be the candidate for you.

Of all the candidates running for president, the one who most resembles the incumbent is not Hillary Clinton or Bernie Sanders or Martin O'Malley. To be sure, the Democrats' policy views largely overlap with Obama's. But when it comes to attitude and self-image, it's Obama and Trump who are birds of a feather.

Everyone knows about Donald Trump's bottomless narcissism; this is a man who has affixed the name "Trump" to everything from hotels to golf courses to cologne. Asked the other day which world leaders he would reach out to upon being elected, Trump replied that he wouldn't need to call anyone: "I think I'd probably have them call me."

But Obama's march to the White House also involved startling displays of self-glorification, from Greek-style columns to a triumphal foreign tour to his own official seal (complete with Latin motto). From the earliest days of his presidency, it was clear that Obama was deeply enamored of himself, and had no doubt that the rest of the planet was just as smitten. "I am well aware," he told the UN General Assembly, "of the expectations that accompany my presidency around the world." He gifted the queen of England with an iPod that included his own speeches. Obama's addiction to the first-person singular pronoun — "I," "me," "my" — has been remarked on by many; he has even referred to "my military" and the troops "fighting on my behalf."

Anyone who finds such vanity attractive should relish the prospect of a Trump presidency. Trump, after all, never doubts his own brilliance. He's always the smartest person in the room; just ask him. Sound familiar?

When a presidential candidate talks that way, what could possibly go wrong?