Free Your Eyes From The Shackles Of The Shutter 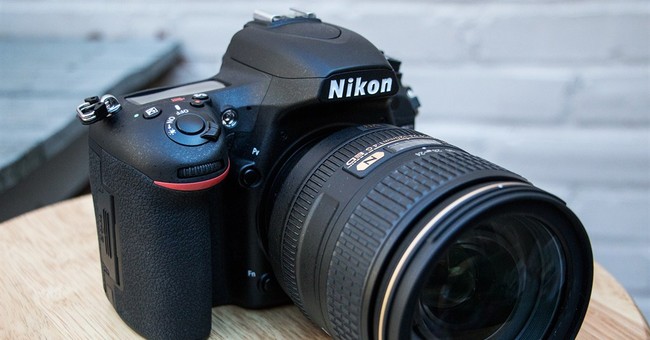 Massachusetts native Paul Theroux has roamed the world for decades, visiting countless countries and drawing on his experiences in dozens of published novels, short stories, and volumes of travel writing. He has been everywhere, or as close to everywhere as one man can manage in a peripatetic career. What Theroux doesn't know about how to travel probably isn't worth knowing.

Here's one lesson he has gleaned from a lifetime of roving: The best traveling is done without a camera.

Theroux never takes photographs, he told the Wall Street Journal in a weekend interview, "because people who take pictures lose their capacity for close observation." To a generation of digital natives accustomed to capturing every detail of their lives with the cellphone they are never without, that might sound like the ultimate heresy. But Theroux is adamant: "Without a camera, you study a thing more carefully and remember it better. Taking a picture is a way of forgetting."

Theroux isn't the only savvy traveler who feels that way. The Telegraph's travel columnist Nick Trend journeyed for years without a camera, and consequently has few photographs of the places he has seen. But he's never felt he was missing much. "My theory," he wrote in 2011, "is that we remember things better if we haven't interrupted or compromised the experience by taking a photograph of it."

Harking back to a 1990 safari in Kenya and Tanzania, Trend still had vivid memories of marveling as "three lionesses padded past in the cold half-light just before dawn." More than two decades later, he could still "picture the dew on the long grasses" and "visualize the flicking tail of the last lioness." And he remembered something else: "the incessant clicks and motorized whirrs as the other tourists desperately tried to capture the moment for posterity."

Taking a picture is not the same thing as experiencing a moment. It is one thing to see a famous person or view a great work with your own eyes. It is something different — something less meaningful, less rich — to see that person through a smartphone lens, or to regard that masterpiece through the viewfinder of a video camera.

During Pope Francis's American sojourn last month, he was greeted everywhere by immense throngs of admirers and worshipers, many straining to catch a glimpse of the pontiff as his motorcade moved past. Tens of thousands of those onlookers, rewarded with the glimpse they had waited for, "watched" every second of it through their cellphone. Did they get more out of the occasion than those who focused wholly on the moment, eyes and ears and mind absorbing every detail, undistracted by thoughts of operating a camera or getting a good picture?

I think they got less, even if they did end up capturing the moment in pixels. Pixels aren't neurons, and only neurons can form and store memories. Having thousands of images on your cellphone doesn't mean you're remembering more. In fact it might mean just the opposite — that taking pictures to record things is tantamount to "outsourcing our memories," in the vaguely chilling phrase of Linda A. Henkel, a psychology professor at Fairfield University who studies memory distortion. By relying so compulsively on cameras to "get" the images we're seeing, Henkel argues, we're inevitably "taking away from the kind of mental cognitive processing that might help us actually remember [them] on our own."

She devised an ingenious experiment to test the hypothesis that photographing more means remembering less. She took participants on a tour of an art museum, instructing them to observe and remember some objects, and to photograph others. The results, as she wrote in a paper published in Psychological Science, showed a distinct "photo-taking-impairment effect." One day after the museum tour, the students remembered significantly fewervisual details about the objects they had photographed. "The act of photographing the object appears to enable people to dismiss the object from memory" because, consciously or not, they relied on the camera to remember for them.


Some people exult in the proliferation of recording devices because it reduced the need to actively commit knowledge to memory. "I've almost given up making an effort to remember anything, because I can instantly retrieve the information online," Clive Thompson, a columnist at Wired, has written. "And frankly, I kind of like it."

Well, I kind of don't like it. And when it comes to cameras, I'm with Theroux. It's not that I underestimate the value and power of photography, or that I don't have pictures that I cherish.