It's Socialism, not Deodorant, That Starves the Poor 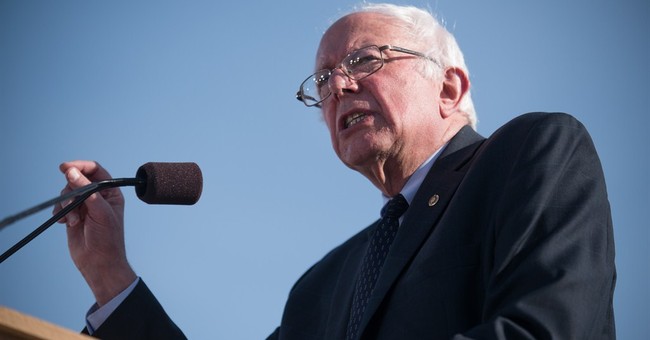 WHAT THIS country needs, says Bernie Sanders, is less deodorant.

The 73-year-old senator from Vermont, now running for the Democratic presidential nomination, told CNBC's John Harwood in an interview on Tuesday that because American consumers can choose from so many brands of personal-care products, kids are going to bed with empty bellies.

"You don't necessarily need a choice of 23 underarm spray deodorants or of 18 different pairs of sneakers when children are hungry in this country," Sanders lamented. He didn't explain exactly howthe profusion of toiletries and athletic footwear leads to childhood hunger, but for the only self-described socialist in Congress, it is no doubt a matter of faith that the abundance of capitalism must generate poverty and undernourishment.

In the real world, the opposite is true: Hunger and deprivation are rarest where markets and trade are freest. Food in America couldn't possibly be more plentiful; no one starves because too many economic resources are being channeled into marketing Old Spiceinstead of oatmeal. But in the socialist delusion, centralized control is always preferable to voluntary enterprise. Better that government czars should decide what is produced, and impose their plan from above. After all, when buyers and sellers are left free to choose for themselves, grocery and department store aisles fill up with "too many" goods that consumers desire to buy. And that's not the worst of it: In the process of fulfilling those desires, some capitalists may be getting wealthy.

Sanders's suggestion that more kids would eat if only deodorant came in fewer varieties was roundly mocked. Wherever his collectivist ideology has been enforced, however, the consequences — shortages, rationing, bare shelves, long lines, grinding austerity — are anything but funny.

Unlike John F. Kennedy, who argued that a rising tide lifts all boats, socialist true believers care far less about growing the economy than about decreasing the gap between rich and poor. "If the changes that you envision ... were to result in a more equitable distribution of income but less economic growth," Sanders was asked in the CNBC interview, "is that trade-off worth making?" Yes, he said at once. "The whole size of the economy and the GDP doesn't matter if people continue to work longer hours for low wages.... You can't just continue growth for the sake of growth in a world in which we are struggling with climate change and all kinds of environmental problems."

On Wednesday, one day after Sanders kicked off his White House campaign, the United Nations reported thathunger still afflicts about 795 million people around the globe, or about one out of every nine human beings. As great a challenge as that is, it represents an amazing decrease in the number of undernourished people over the past 25 years. Even though the world's population has grown by 1.9 billion since 1990, there are 216 million fewer men, women, and children threatened by hunger today than there were then. For the first time, we can realistically envision the end of starvation as a global scourge.

Thanks to advances in agricultural science — especially the famous "Green Revolution" for which the American biologist Norman Borlaug was awarded the Nobel Peace Prize — it is possible to grow enough food to feed a world with 7 billion people. But it takes the dynamism and productivity of markets, and the prosperity ignited by trade, to make that food available and affordable to the great majority of the human family.

Perhaps Sanders doesn't grasp that, but the UN agency most concerned with feeding the hungry does.

"Economic growth is necessary for alleviating poverty and reducing hunger and malnutrition,"emphasizes the Food and Agriculture Organization (FAO) in the new hunger report. "Countries that become richer are less susceptible to food insecurity."

Blasting greedy billionaires and sneering at the multiplicity of deodorant brands "when children are hungry" appeals to a slice of the electorate. But populist rhetoric from a "humorless aging hippie peacenik Socialist" (as Sanders was once described in a New York Times Magazine profile) doesn't fill empty food bowls. Market economies do.

From China to Tanzania, from North Korea to the Soviet Union, socialism over the past century condemned countless children — and their parents — to hunger, malnutrition, and famine. Deodorant never hurt a soul.