When US Troops Left Too Soon 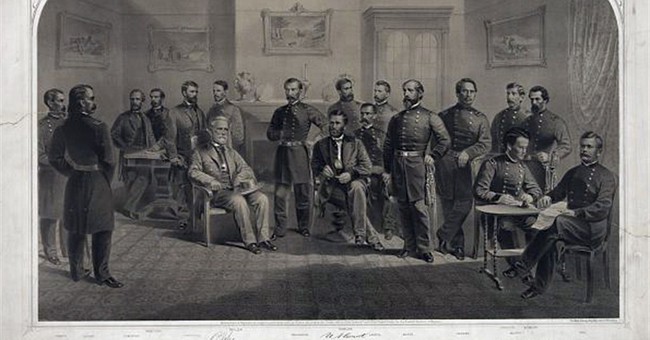 Last month marked the 40th anniversary of the fall of Saigon, a moment vividly encapsulated by the frenzied scene of South Vietnamese desperately trying to reach the last helicopter on the roof of the American embassy. April was also the 150th anniversary of the surrender at Appomattox, when Robert E. Lee capitulated to Ulysses S. Grant, bringing the bloodiest fighting of the Civil War to an end.

The two episodes seemingly have little to do with each other. But each, in its way, illustrates one of the bleakly recurring themes of US military history: When America's armed forces prematurely abandon the field, the results are usually heartbreaking for the people they leave behind.

The Vietnam experience makes the point with aching sorrow. By 1972, the US war against the North Vietnamese communists was being won on the ground; it was lost in Congress and at the Paris peace talks under the political pressure of the antiwar movement. The United States pulled its fighting troops from Vietnam in 1973, then refused to provide its South Vietnamese allies with the economic and military aid they needed to resist Hanoi's onslaught. As disaster loomed, President Ford implored Congress not to turn a blind eye to the "vast human tragedy" about to engulf "our friends in Vietnam and Cambodia."

But hostile lawmakers refused to heed Ford's pleas, and 40 years ago this spring the communists swept to power. What ensued was horrific. "Millions of people lost their lives and tens of millions lost any chance at freedom," Robert F. Turner, co-founder of the Center for National Security Law at the University of Virginia, recalled in a recent essay. In Cambodia, the fanatical Khmer Rouge slaughtered an estimated 1.7 million men, women, and children. In neighboring South Vietnam, there were hundreds of thousands of additional victims — frantic "boat people" trying to escape by sea, inmates tortured in re-education camps, innumerable others summarily executed or "disappeared."

To the shock of at least some former antiwar activists, more people died in the first two years of Indochina's communist peace than had lost their lives in the 13 years of America's war. Even now Vietnam remains a communist dictatorship, one of

When US forces settle in for a long peace after fighting a difficult war — as in (West) Germany and Japan following World War II, or South Korea since the 1950s — their presence has generally nurtured stability, prosperity, and democratic freedoms. When they retreat precipitately — as in Lebanon or Iraq — renewed cruelty and violence predictably fill the vacuum.

And it isn't only overseas that the pattern has been manifested.

In a striking new book, After Appomattox, historian Gregory Downs chronicles the years of military occupation that followed Lee's surrender to Grant in 1865 — a military occupation that was indispensable to the uprooting of slavery and the political empowerment of freed slaves. In the face of Southern white supremacist hostility, it was only the continuing presence of federal troops in the South that could break up remaining pockets of rebellion, establish the right of blacks to vote and seek election, void discriminatory laws, and unilaterally remove disloyal or racist sheriffs and judges from office.

But there were far too few troops to do the job properly. With the end of battlefield fighting, pressure to "bring the boys home" was intense. By the end of 1866, fewer than 25,000 troops remained in the South — down from nearly 1 million at the time Lee surrendered. Meanwhile, a violent white insurgency was spreading, led by a Democratic Party terror group called the Ku Klux Klan. These insurgents "spread across the South," Downs writes, "assassinating Republican leaders and intimidating black voters."

Where the US military held sway, Reconstruction legislatures made remarkable gains — funding schools and hospitals, reforming property and marriage laws, making possible the election to office of more than 1,500 black candidates. But those gains were swept away as it became clear that Washington would not deploy the troops necessary to crush the Klan terror. Public support for continuing the occupation evaporated. By the late 1870s, the troops were effectively gone. Southern Democrats moved ruthlessly to roll back the astonishing progress in black civil rights; in its place they imposed poll taxes, literacy tests, and racial segregation. "Without the fear of federal [military] power," recounts Downs, "a new and bleak era of Jim Crow was dawning."

Military occupation and the prolonged exercise of war powers go against the American grain. The urge to "declare peace and get out" is only too understandable. This season of anniversaries is a reminder that yielding to that urge can come at a terrible price, above all to those who remain after the US military is gone.