Marriage and the 'Wrong Side of History' 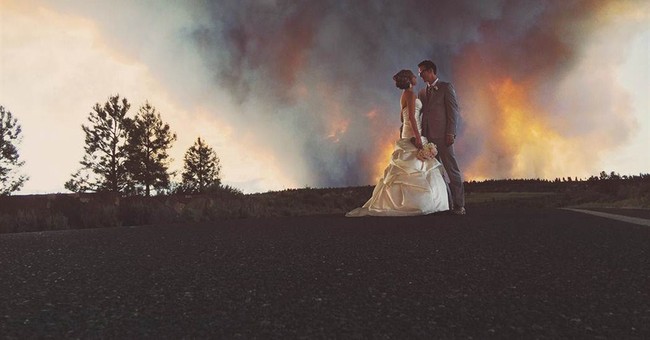 Thousands of Americans will rally in Washington, D.C., at a March for Marriage on Thursday in support of "the simple and beautiful message," to quote Brian Brown, that "marriage between one man and one woman is unique and critical for our society." Brown is president of the National Organization for Marriage, the event's lead sponsor.

Don't he and his supporters know that they're on the Wrong Side of History?

These days, of course, anyone who publicly opposes same-sex marriage can expect to be scorned in many quarters as a bigot or reviled as an ignoramus. No Democrat with serious political ambitions would dare to agree with Brown's traditional point of view. In some places the same is increasingly true of Republicans.

Yet until about 10 minutes ago, in historical terms, the traditional understanding of marriage as the complementary union of male and female was anything but controversial. Brown's "simple and beautiful message," now seen as so threatened that it needs to be defended at Washington rallies, was about as mainstream a position as there was in American life.

"Marriage has got historic, religious, and moral content that goes back to the beginning of time," said Hillary Clinton in 2000, "and I think a marriage is, as a marriage has always been, between a man and a woman." Even after the Massachusetts Supreme Judicial Court ruled that legal objections to same-sex marriage were irrational, many liberals stood pat. Leading Democratic presidential candidates in 2004 — John Kerry, John Edwards,Joseph Lieberman, Dick Gephardt — ran as gay-marriage opponents. So did Clinton and Barack Obama in 2008.

Has there ever been an issue so elemental on which the tide turned so swiftly?

Same-sex marriage is now lawful in more than one-third of the states, and the US Supreme Court ruled last year that such marriages must be recognized by the federal government. In recent months a flurry of lower-court rulings have struck down state bans on same-sex marriage. And there are predictions of a Supreme Court ruling next year that will knock over the remaining dominoes, legalizing gay marriage in all 50 states.

Overnight, same-sex marriage has gone from all-but-unthinkable to all-but-unstoppable. So what do those marchers in Washington think they're going to accomplish? Don't they have better things to do with their lives than fight for a cause that, if not yet entirely lost, is surely down for the count?

Why don't they wake up and smell the historical inevitability?

It would certainly be easier to make peace with the new order, especially considering the aggressiveness and hostility that many "marriage equality" activists deploy against those who oppose gay marriage.

Then again, much the same could have been said a century ago to those who insisted — in the depths of Jim Crow — that the cause of civil rights and racial fairness was worth fighting for. They too must have heard with regularity that they were on the "wrong side of history." The promise of Reconstruction was long gone. In much of the country, black enfranchisement was a dead letter. The Supreme Court had ruled 7-1 in Plessy v. Ferguson that racial segregation — "separate but equal" — was constitutional. The president of the United States was a white supremacist on whose watch black employees were fired from government positions, and public facilities in Washington were segregated.

Honorable voices argued that blacks had no realistic option but to make the best of bad situation. But there were others who insisted that the lost spirit of abolitionism could be revived, that Jim Crow could be fought and eventually overturned, that "separate but equal" was based on a falsehood and would ultimately prove untenable. They founded the NAACP in 1909, launching a movement that would eventually transform America.

Gay activists see their crusade for same-sex marriage as another civil-rights battle. It's a false analogy. Jim Crow deprived black Americans of rights they were already entitled to — rights enshrined in the 14th and 15th Amendments, then stolen away after Reconstruction. But gay marriage does not restore lost rights; it redefines "marriage" to mean something wholly unprecedented in human society.

History is littered with causes and beliefs that were thought at one point to be historically unstoppable, from the divine right of kings to worldwide Marxist revolution. In the relative blink of an eye, same-sex marriage has made extraordinary political and psychological gains. It is on a roll, winning hearts and minds as well as court cases. No wonder it seems to so many that history's verdict is in, and same-sex marriage is here to stay.

Or maybe a great national debate about the meaning of marriage is not winding down, but just gearing up. And maybe those marchers in Washington, with their "simple and beautiful message," will prove to be not bitter-enders who didn't know when to quit, but defenders of a principle that history, eventually, will vindicate.