Logan Airport is Too Important to be Run by the State 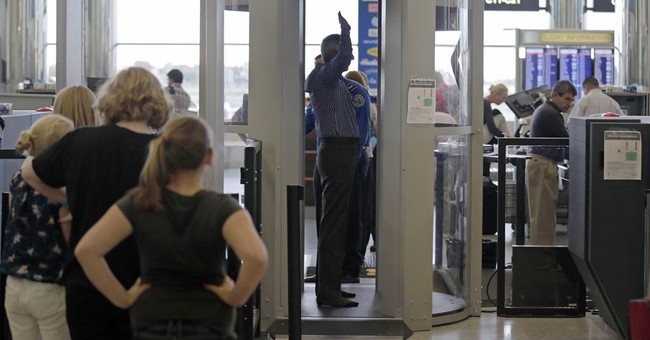 THE STATE ETHICS Commission came up with three solutions to state Senator Dan Wolf's conflict-of-interest problem. Allow me to suggest a fourth.

Wolf is the pilot and entrepreneur who founded Cape Air in 1989 and over the next two decades built it into one of the country's most successful regional airlines. He was elected to the Massachusetts Senate in 2010, and now hopes to run for governor. But the Ethics Commission ruled last month that Wolf was in violation of state law, which bars elected officials from having a business relationship with any state agency. Since Wolf still owns 23 percent of Cape Air, and since Cape Air pays the Massachusetts Port Authority for landing rights at Logan Airport, the commission decreed the would-be governor had to choose from one of three unpalatable options.

"He must do one of the following: Terminate the Cape Air contracts with Massport; entirely and permanently divest his holdings in Cape Air; or resign his current public office and discontinue his campaign for governor."

Wolf's choices, in other words, are to get out of Logan, get out of business, or get out of politics.

The ruling, which Governor Deval Patrick characterized as "technically right, but … practically odd" hasgenerated a debate about the drawbacks of an ethics law that effectively precludes entrepreneurs and business executives from running for public office. Yet the controversy over whether a business owner like Wolf ought to be in state government obscures a more important issue: Why should the state of Massachusetts be in the business of running an airport?

The only reason Wolf's candidacy raises a conflict-of-interest dilemma, after all, is that his airline has to contract with Massport in order to fly in and out of Logan. But no one is asking the Ethics Commission to rule on Cape Air's arrangements for internet service or office supplies or jet fuel, because those contracts are with private-sector vendors. If Logan Airport were privately owned, Cape Air's landing fees would be just as unobjectionable.

Private airports? To American ears that may sound heretical, since virtually every commercial airport in the United States is owned by state or local governments, and funded at least part by the federal government. The only exception to date is Branson Airport in southern Missouri, where a privately financed, privately built airport has been operating since 2009. Frontier and Southwest Airlines currently use Branson for scheduled flights to Chicago, Denver, Dallas, and Houston.

While Branson may be an anomaly on the American landscape, privatized airports are increasingly familiar in much of the world. London's Heathrow Airport,

The notion that airports are public utilities that can function effectively only as government-run monopolies is steadily growing obsolete. Just last month, the Brazilian government announced that Galeao Airport in Rio de Janeiro and Confins Airport in Belo Horizonte would be privatized by auction on Oct. 31. "Government Set to Privatize 15 More Airports," reads a headline in the Times of India; six of those airports may be under private management by the end of this year.

Airports should be privatized for the same reason as any other business that provides a useful service for which consumers will pay. It is almost invariably more efficient, more flexible, and more creative way than government control. Privately owned or operated facilities tend to be more responsive to customers, more open to innovation, and more willing to invest in new growth. "In the end, all groups — airlines, passengers, and cities — would benefit from airports that were self-funded, more efficient, and more innovative than current US airports following an old-fashioned bureaucratic approach," Edwards and Poole conclude.

So long as Boston's Logan remains an exemplar of that bureaucratic approach, it isn't likely to be mistaken for a Top Ten international airport. In the latest Skytrax rankings, which are based on a survey completed by millions of air travelers each year, Logan came in at No. 88.

And as Dan Wolf's collision with the Massachusetts ethics law shows, there's another potential benefit to disentangling the state from the airport business: fewer conflicts of interest. Privatize Logan and there would be one less reason to fear the undue influence of politics in something so critical to the Massachusetts economy as a well-run, modern airport.