The Many Layers of the Deep State

Jeff Davidson
|
Posted: Dec 08, 2020 12:01 AM
Share   Tweet
The opinions expressed by columnists are their own and do not necessarily represent the views of Townhall.com. 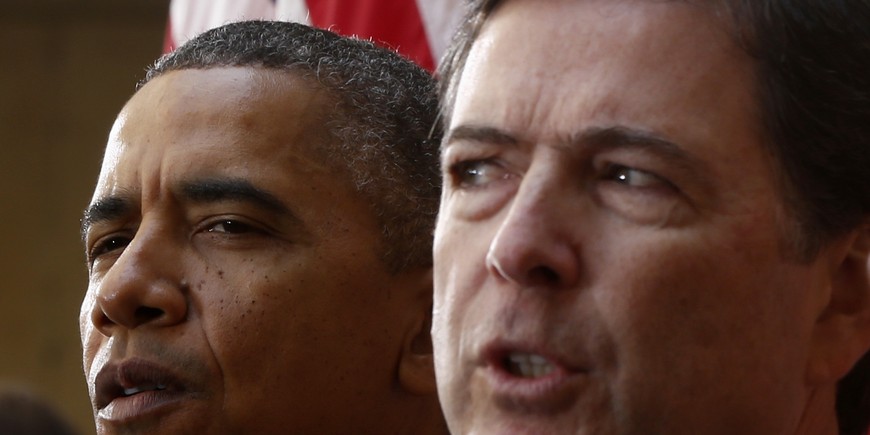 In my recent Townhall article, "What if the Deep State Has No Bottom?" one of the commenters issued a brief roster of 12 deep state layers and below is my take on each of them.

1. Ignorant Youth – A blameless group indoctrinated to either hate America or over-focus on her faults. Students rarely hear about the greatness of America and what we've done for the world, let alone our own citizens. These youth eventually join the Democrat/progressive machine that seeks to rewrite our history and to make our populace subjects of the state and not much more.

2. Brainwashed Teachers – Today, teachers from kindergarten to grade 12, invariably lean left. Those who graduated college in the last 20 years were indoctrinated by activist professors. Veteran teachers have had to endure ‘white fragility’ re-education lectures, hear that they are guilty by virtue of their physiology, and learn that sucking up  to the cause leads to redemption. Yay, BLM and Antifa!

3. College Professors – Above 90% of college professors vote Democrat year after year. No good comes from this level of conformity; diversity of political thought on campus is not tolerated. The few professors who lean right keep a low profile, as to not make waves, and do not discuss issues with their indoctrinated academic peers.

4. University Committees – Individual professors could be autonomous if not for the academic committees and higher ups: deans, provosts, chancellors, department heads, directors, regents, etc. Group think infects campuses everywhere; bone-headed resolutions appear everywhere, from Berkeley to Cambridge. Students and the larger community are told, say, that Israel is evil and, "We must divest from Israel." "Republicans are evil," part of the great unwashed. We tolerate them, but not for long.

5. Rank and File Government Workers – At the local, state, or federal level, those entering government learn that surviving requires one to toe the line. Merely walking the halls, standing in elevators, and being in earshot of their peers reinforces the Democrat/progressive/liberal/socialist party line. The rank and file on all levels overwhelmingly vote and donate to Democrats.

6. Agency Heads – Cabinet secretaries, under secretaries, deputy directors, legal counsel, and other long-term, high-ranking GS level bureaucrats rule Washington. These people, primarily Democrats, also some Republicans, have been in office for too long and represent the essence of the swamp. Beyond the administrative, judicial, and legislative branches of government, they know that the ‘fourth branch’ is their own bureaucracy. Agencies can slow walk any program, document, or mandated action for months or years, for what should have taken days or weeks.

7. Lobbyists – These swamp creatures aren't officially part of government; they are paid by advocacy groups to influence elected officials. Lobbyists from the left, right, and middle are highly compensated to advocate for a cause, often contrary to the effective functioning of democracy.

8. The Court System – Judges in America wield great power. While the Trump Administration placed 300+ district-level judges, there are over 370 more judgeships across America. Judges are not supposed to legislate from the bench, yet they do. Impacted by the mainstream media, even conservatives judges are coaxed into the middle, if not the left (See Justice John Roberts).

9. Politicians – From senators, to representatives, to governors, all the way down, even many in the GOP, embrace socialist doctrine in one form or another. Dislodging 20 to 30 year swamp creatures, or in the case of Joe Biden, 47 years, is a huge task. They feed from the gravy train of inside information. No one wants to depart because the rewards are lucrative. Their loyalty isn't to any president or party, but to what keeps them in office and feeling ultra-important while doing so (see Mitt Romney).

10. Three Letter Agencies – The alphabet soup group includes the FBI, NSA, CIA, IRS, DoJ, EPA, SBA, etc. The infiltration of swamp creatures within them is vast and deep. These agencies are often headed by two-faced leaders who are corrupt in private and virtuous in public. Their deputies and staff are often far worse.

11. Technocrat Kings – The billionaire boys club seeks to rule the world. Mark Zuckerberg, Jack Dorsey, Bill Gates, Eric Schmidt, etc. each believe that they’re God’s moral gifts to humanity. They lean left because embracing socialism helps decimate America and supposedly leads to a “one-world global government,” led by enlightened leaders, (such as billionaires) who become the elite ruling class while everyone else becomes a serf.

12. Globalist Visionaries – You could hardly call George Soros a visionary, he's more demented than anything. He is among the global scoundrels who fervently believe in dissolving all nations and all borders. Then, one grand “Central Authority” will prevail with themselves at the very top. This vision fuels the American Left, including the dimwits in BLM, and Antifa, who barely know why they riot, but figure it's got something to do with a ‘global vision.’

Other entities and groups keep the swamp in place – unions that benefit from Democrat capitulation, recipients of government largesse including welfare, non-profit associations, quasi-government groups, community groups, and all others who believe that government ought to take care of everything, including themselves.