Meet The New Media, Same As The Old Media

Jeff Crouere
|
Posted: May 14, 2016 12:01 AM
Share   Tweet
The opinions expressed by columnists are their own and do not necessarily represent the views of Townhall.com. 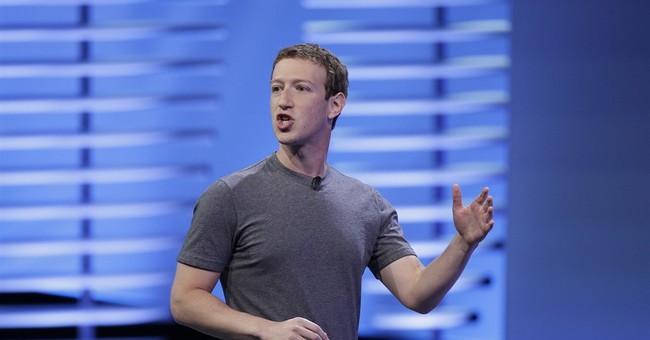 Everyone knows that liberals control the old media outlets that are rapidly becoming irrelevant. The national print publications and broadcast television networks have historically tilted to the left. In fact, this week, it was no surprise to learn that the Washington Post will assign 20 reporters to investigate every aspect of Donald Trump’s background, hoping to find salacious dirt on the GOP front runner. In contrast, they have shown limited interest in assigning additional reporters to investigate the many scandals swirling around Hillary Clinton.

While the Washington Post is known as a liberal newspaper, many people were shocked this week to learn that Facebook, the social media giant, is also staunchly liberal.

Thanks to an expose by Gizmodo, Facebook’s internal operations involving trending news stories were revealed.

Former news “curators” reported that Facebook suppresses conservative news reports, while promoting stories involving radical leftists. This has a major influence on younger voters, who tend to learn about news stories from Facebook and other social media sites.

After this story broke, the founder and CEO of Facebook, Marc Zuckerberg, defended his website and refuted the allegations. In a personal post, Zuckerberg claimed that there was “no evidence that this report is true.” However, frequent Facebook users can attest that the report of liberal bias is unquestionably true.

As evidence, it is hard to refute that several of Facebook’s top executives are liberals. Zuckerberg is an outspoken supporter of immigration reform and amnesty for illegal aliens. He surely possesses a very negative view of Donald Trump’s call for a border wall with Mexico.

One of Zuckerberg’s top lieutenants is the company’s Chief Operating Officer, Sheryl Sandberg, who contributed $2,700 to Hillary Clinton in April. In a Bloomberg interview, Sandberg noted that she was “very supportive of Hillary Clinton,” and would “like to see her as president.”

Ironically, the Facebook executive at the center of this news bias controversy is Tom Stocky, who manages the trending topics section of the site. Last October, Stocky and his wife donated $5,400 to Hillary Clinton.

Thus, the top company executives are either Democrat donors or activists. It certainly does not seem that Facebook is too neutral; in fact, it is a social media cheerleader for Hillary Clinton.

Previously, it was maintained by Facebook that the trending news stories were not manipulated in any manner and were organically ranked by user popularity. Now, if the whistle-blowers are being truthful, we know this to be false. In reality, Facebook editors use their “news judgment” to rank stories and their liberal bias has now been exposed.

This is important to discover so Americans can realize they are being maneuvered to the ideological left on Facebook. Undetected, the liberal bias can have a huge impact on the political direction of the nation since Facebook is used by more than half of our population, 167 million Americans.

The Facebook informers cited a number of topics of interest to conservatives that were suppressed in the trending topics section. One of the most important stories purposely downplayed on Facebook involved the congressional investigation into Lois Lerner, the former IRS executive charged with unfairly targeting conservative groups for her agency’s scrutiny.

One of the Facebook informants told Gizmodo that “Facebook got a lot of pressure about not having a trending topic for Black Lives Matter. They realized it was a problem, and they boosted it in the ordering. They gave it preference over other topics.”

The Facebook coverage is one explanation why Black Lives Matter received so much publicity and became so politically powerful. In fact, one of the business executives who endorsed the movement was Marc Zuckerberg. In February, he wrote a letter to Facebook colleagues praising the controversial organization.

If Zuckerberg and his top executives are liberals, it should come as no surprise to Americans that the trending topics section of the website also has a left wing bias. Of course, they deny any ideological bias, but so does the Washington Post and we all know that is pure hogwash.

Henceforth, Americans should be under no illusions about Facebook or other social media sites. It should be assumed that all of them have a liberal bias until it is proved otherwise.

While social media sites are new in some respects, in the important area of objectivity, they tend to project the same liberal bias as the old media. In rare occasions, true objectivity can be found in both the old and new media, but, sadly, not on Facebook.