Obama Can't Spell... But He Can Sure Spend Your Money 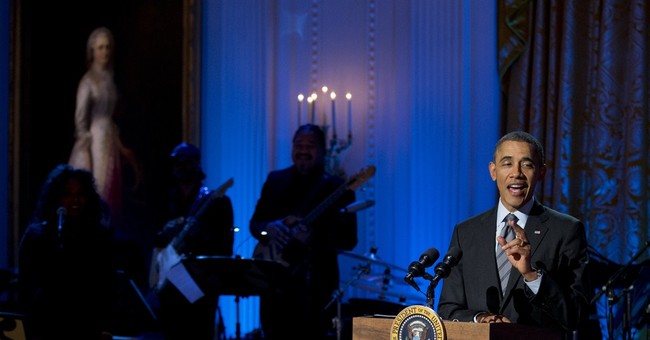 It has been another disastrous week for President Obama. In a new Fox News poll, the President’s approval rating is at 38 percent, the lowest score of his presidency. Americans are unhappy with his handling of the economy, healthcare, and foreign policy. In effect, people are dissatisfied with his entire agenda because nothing is working.

The economy is still in the doldrums and job creation is very weak. The unemployment rate moved up to 6.7 percent in February, but the real situation is much worse as millions of Americans have become despondent and left the workforce.

The President’s signature program, Obamacare, is a disaster that continues to unfold. In a new survey of uninsured people, we learned that only 10 percent will sign up for a private plan available under the new marketplaces. This low number is a clear indication that Obamacare, which was billed as a way to reduce the number of uninsured in the country, is failing.

In the Ukraine, Vladimir Putin is strengthening his grip on Crimea, despite the President’s warnings. Compared to Putin, Obama looks weak and indecisive. Whether the issue is Syria, missile defense or the Ukrainian crisis, Putin seems to outmaneuver the President each time.

After such a tough week, it was no surprise that the President wanted to relax and forget about his troubles last night. He hosted a White House celebration for the legendary women of soul music. Unfortunately, during his introduction of Aretha Franklin, the President misspelled the word “respect.”

He said, “When Aretha first told us what “R-S-P-E-C-T” meant to her, she had no idea it would become a rallying cry for African Americans and women.” Despite howls of laughter, the President continued with his remarks without correcting his mistake. He either does not know how to spell “respect” or does not care that people think he is a bad speller.

This is worse than Dan Quayle misspelling ‘potato,” but of course the media will give Barack Obama a pass because they support his liberal policies. The media labeled George W. Bush as an idiot, but he released his college and graduate school transcripts. We are still waiting for Barack Obama to release his grades, leading some to wonder what he is hiding.

Many in the liberal media lampooned Bush and Quayle, but protect President Obama. In fact, some historians and liberal commentators refer to the President as a “genius” without providing any evidence to buttress their claims.

One Obama supporter, historian Michael Beschloss, even made the ridiculous assertion that Barack Obama had an “IQ off the charts.” He laughably claimed that Obama is “probably the smartest guy ever to become President.”

The President is so smart he does not have to bother with spelling. In addition, he does not worry about basic accounting or understand that the government cannot spend money which it does not have.

His upcoming Florida vacation shows how reckless President Obama can be with public funds. This excursion to Key Largo will be the President’s third vacation this year. The Obama family will escape the cold and enjoy golf, fine dining, the beaches and the warm weather of South Florida.

While millions of Americans are struggling, the President and his family continue to charge taxpayers millions of dollars for extravagant vacations. Earlier in the year, the Obama family vacationed in Hawaii and Southern California. Last year, they enjoyed South Africa, Ireland, Martha’s Vineyard and a $2 million Hollywood trip so the President could appear on “The Tonight Show” and raise funds with liberal mega donors.

For Barack Obama, it must be nice to be treated like a king, just don’t ask him to spell the word.