Why Liberals Should Be Grateful for Amy Coney Barrett

Jason Garshfield
|
Posted: Oct 21, 2020 12:01 AM
Share   Tweet
The opinions expressed by columnists are their own and do not necessarily represent the views of Townhall.com. 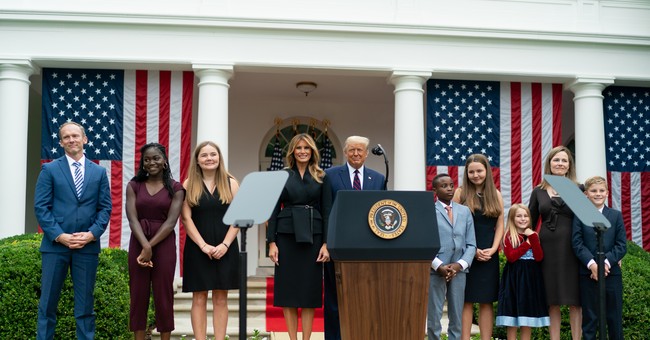 While judicial conservatism today is largely synonymous with originalism, there is no inherent reason why this should be the case. A century ago, conservatives on the Supreme Court took a much more active role in striking down regulations on free market activity.

The jurisprudence of the so-called Lochner era, named after the 1905 case Lochner v. New York, was based in a broad reading of substantive due process– the notion that the word “liberty” in the Fourteenth Amendment could be used to protect certain basic rights not directly mentioned in the Constitution, such as freedom of contract. For the first four decades of the twentieth century, therefore, many of the economic regulations we would take for granted today, such as minimum wage laws and work hour restrictions, were regularly declared unconstitutional by the Court.

Today, things have shifted dramatically. Originalists reject the broad reading of substantive due process, and the Lochner decision has been condemned in harsh terms by originalist scholar Robert Bork, as well as most originalist justices on the Court. In fact, it is the liberal justices who have relied on substantive due process for many of their landmark decisions, including Roe v. Wade and Obergefell v. Hodges, which found Fourteenth Amendment protections for abortion and same-sex marriage.

Originalist judges, such as Barrett, see themselves as neutral referees, tasked with upholding the Constitution according to its original meaning at the time it was ratified. As the late Justice Antonin Scalia said, good judges will regularly reach conclusions that they do not like: “If you like them all the time, you’re probably doing something wrong.” No matter how fervently Judge Barrett may oppose abortion, she is bound by her own philosophy to uphold its legality if she believes that is the proper reading of the law.

Originalists rule with their hands tied behind their back. This is not the case with the liberals on the Court, who accept a much more flexible and dynamic interpretation of the law. This is why the liberal justices rule together far more often than the conservative justices do, and it is why, despite having had a conservative (well, originalist) majority in recent years, the Court has upheld same-sex marriage, abortion, and the Affordable Care Act.

However, it is not impossible that the jurisprudence of the Lochner era might one day be resurrected. It is important to remember that the Court overturned Lochner in 1937 only under the threat of Court packing by President Franklin Roosevelt. This was a shift born more of political expedience than of any persuasive argument against Lochner. And there are a few conservative judges and legal scholars today, including Texas Supreme Court Justice Don Willett, who might be open to a Lochner resurrection.

What would a neo-Lochnerite Court do? It would almost certainly strike down the Affordable Care Act, and much else besides. Ironically, the two issues about which we hear the most bellyaching from liberals every time a new originalist justice is appointed to the Court – abortion and same-sex marriage – might remain untouched. But this would come at a very heavy price to liberals. Social Security, Medicare, the Fair Labor Standards Act, and most other New Deal and Great Society programs would be gone. Society would be fundamentally reshaped along laissez-faire capitalist lines.

More relevant to current events, a neo-Lochnerite court would also probably take a dim view of coronavirus lockdowns and mask mandates. Recently, Judge Barrett signed on to a decision by the Seventh Circuit Court of Appeals upholding a lockdown order in Illinois. This case was decided on First Amendment grounds. A Lochnerite judge, however, might easily find within the Fourteenth Amendment a substantive due process right to keep one’s face uncovered in public, or to keep one’s salon or gym open.

This is just a preview of the sort of trouble that activist conservative justices could potentially make for liberals, and which they are restrained from doing only by an originalist interpretation of the Constitution.

All in all, liberals should stop fretting about Judge Barrett’s nomination. They should instead count themselves extremely lucky to have a court with three liberals and six originalists. If Trump really wanted to make them upset, he would have appointed Justice Willett.

Share this on Facebook
Tweet
Pennsylvania School Board Member to Parents: 'I Don't Work for You'
Landon Mion
Joe Biden on 2022 Midterms: 'We Have to Expand Our Majorities,' GOP is 'Completely Controlled' By Trump
Rebecca Downs
Australia Radically Changes COVID Policy As Omicron Sweeps Through Nation
Matt Vespa
Russian Government Reportedly Attempting to Install Pro-Russian Leader in Ukraine
Rebecca Downs
This Sloppy Pro-Biden 'Brandon' Ad is So Bad, It's Hard to Tell Who It's Supporting
Rebecca Downs
Virginia Woman Charged After Threatening to Show Up to Child's School with Guns in Protest of Mask Mandate
Landon Mion