My Mother: My Heritage and Legacy 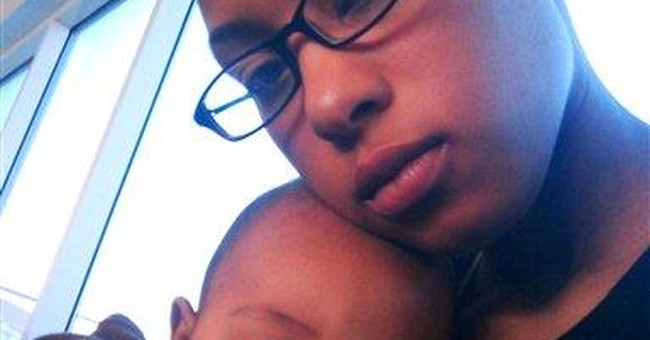 Mother’s Day is often associated with the Biblical verse that is called the “first commandment with a promise.” The Fifth Commandment requires Christians to honor their father and mother “so that you may live long in the land that the Lord your God is giving you.” [Exodus 20:12]. Florists tell us that more flowers are sent on Mother’s Day than at any time during the year. Most people love their mother, even those whose mother is undeserving of that love. And, most mothers love their children, though there are plenty of instances where mothers are hurtful and even abusive.

I am very fortunate to have a mother who devoted her life to all seven of her children. I am also fortunate that my mother and father loved each other dearly and modeled marriage and sacrifice for their faith and family. I admire my mother more than anyone I have ever met; she is a phenomenal person of accomplishment, faith, generosity and humility. She has created a heritage for her children that is worth far more than a fortune. She has given us a solid foundation of love and security, and at the same time provided us wings for sailing into the future with confidence and assurance of her belief in our ability and potential.

Mother is an amazing woman. She models authentic Christianity. Her favorite Bible verse is inscribed in many of her books and papers.

“Trust in the Lord with all your heart and lean not on your own understanding. In all your ways acknowledge Him and He shall direct your paths.” Proverbs 3:5-6

Her strength through the incredible pain of trigeminal neuralgia, cancer surgery, and heart stents could only come from deep faith and strong character. My sister, Joan, remembers:

“When I was in 4th grade, Daddy responded to God’s call for him to become a minister of the gospel. They packed up our family — Mother, Daddy, and four children at the time — and moved to Kentucky, where Daddy started college. This was quite a step of faith. Both my parents came from small Southern towns and close-knit families; it took courage to sell their house, pack up their small family, and leave everything familiar to go to college.”

Indeed, we children saw the dedication and commitment that enabled Mother and Daddy to sacrifice for an education and to do the job that they felt God had called them to do. When we went to bed, Daddy would still be studying, and Mother would still be working to meet the needs of the family during those very demanding times. I graduated from high school the same year that Daddy graduated from seminary. The Atlanta Journal-Constitution ran a feature article about our family because people recognized the major achievement that Daddy accomplished in working full-time, going to school full-time, and raising a family. He could not have done it without Mother’s help and sacrifice. People knew that their faith was real and that was contagious and influential on others.

Two weeks after daddy’s death, the District Superintendent called mother and told her the congregation had asked to have her finish the conference year at the church my father was pastoring at the time. The Bishop and Cabinet agreed. After much prayer, mother knew this was a door the Lord wanted her to walk through. Despite her grief, she began as their pastor the fourth Sunday in Advent and continued to serve as their pastor while she started and finished the work for a Master of Divinity degree from Candler School of Theology at Emory.

My dad served the North Georgia Conference of the United Methodist Church for 35 years as an ordained elder; mother continues to serve as an ordained elder in the same conference. Though retired, mother is often asked to preach at local churches or to speak at special events.

My sister Joan writes of mother:

“My mother has always had the courage to embrace whatever changes have come along in her life. After being a stay-at-home mom for a number of years, she fearlessly took an outside job, driving in heavy city traffic and working at a job she didn’t particularly enjoy because that was the need of the family at the time. Many women of her generation would have balked at that drastic change. She got her college degree slowly over a period of more than 40 years while raising seven children. At an age when many people are retiring, she again embraced a drastic life change when my father died. She agreed to accept a position as pastor of the church his death left pastorless. In doing so, she accepted the call of God on her life and spent three more years getting her graduate degree while she worked more than full-time as a pastor. By the time she was fully ordained in the United Methodist Church, she only had three more years to serve before mandatory retirement. She has continued to adapt happily to changing circumstances through the years since her ‘retirement.’”

Mother’s Christian faith, love, and sacrifice for her children, and her uncommon dedication and commitment to personal excellence in serving the God that she loves, had profound influence on us and on other people. Like David in 2 Samuel 24:24, Mother would not “offer burnt offerings unto the LORD my God of that which doth cost me nothing.” Her life has been a life of giving to others, becoming amazingly accomplished, and having profound influence on the lives of hundreds of people beyond her immediate family, whose lives are immeasurably blessed because of her devotion to us and to God’s service.