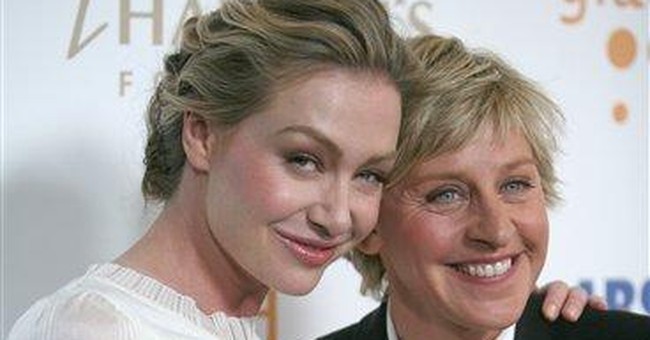 Where are California’s pastors in the fight over preserving marriage?

Californians passed Proposition 22 in 2000 with a 61.4 percent vote to keep marriage solely between a man and a woman, and to preclude California’s recognition of same-sex “marriages” executed elsewhere.

By one vote last May, the California Supreme Court held the people’s law to be “unconstitutional.”  California citizens put Prop 8 on the ballot to enshrine the definition of marriage in California’s Constitution. By all logic, Prop 8 should have an overwhelming lead in the polls and in contributions. It doesn’t. Could this be because so many clergy are AWOL on this profoundly important issue?

According to “Allchurches.com,” California has 11,911 churches online. Prop 8’s Web site lists only 203 “churches and ministries” as sponsors. The Web site is probably behind in updating the list, but not that far.

According to the Hartford Institute for Religion Research, there are 190 “mega churches” in California with “2,000 or more persons in its worship services.” All of them should be leading the effort to preserve marriage; but most aren’t on Prop 8’s list, nor do they indicate support on their Web sites. Members should ask why. One in particular stands out.

Rick Warren, pastor of Saddleback Church, hosted a Presidential Candidates Forum at the church on Aug. 16. He asked John McCain and Barack Obama if the California Supreme Court got it wrong when it overturned the definition of marriage.

Here’s a question for Rick Warren: Do you think the court got it wrong? If you do, where’s your support for Prop 8? There’s no mention of it on Saddleback’s Web site. Your office isn’t returning calls requesting information. You hosted an AIDS summit. Where’s your Prop 8 summit?

When the court struck down Prop 22, the judges conferred the highest level of constitutional protection on “sexual orientation,” making it equal in status to race, sex, and religion. Even liberal courts that have been friendly to the homosexual political agenda had not gone that far. The imposition of sexual behavior as an enforceable “right” poses a severe danger to religious civil liberties.

Are those pastors who are missing in action conceding that sexual conduct which God condemns is morally equivalent to marriage? What do they think will happen in the public schools? And in the workplace? And are they going to remain silent if the court expands its “ruling” to include polygamy and marriage between close relatives?

Let’s talk directly to the pastors:  If Prop 8 fails, are you prepared for when you’re sued for refusing to perform same-sex “marriages” or refusing to rent church facilities for “gay” functions? Do you think these judges will prefer your religious liberty or their own notions of “equality” and “the compelling state interest” to end “discrimination?” If you don’t comply, how long before the state revokes your license to marry? How long before the state takes aim at your tax-exempt status?

Jesus said: “[A]t the beginning the Creator ‘made them male and female,’ and said, ‘For this reason a man will leave his father and mother and be united to his wife, and the two will become one flesh. So they are no longer two, but one. Therefore what God has joined together, let man not separate.’”

Not clear enough? How about: “Marriage is to be held in honor among all, and the marriage bed is to be undefiled; for fornicators and adulterers God will judge.”

Hundreds of verses make clear that God-ordained marriage is limited to a man and a woman. That’s exactly what Prop 8 will do. And it’s not only a religious issue but one with far-reaching effects on all of society, which is why it is a civil issue as well.

When Caesar has corrupted marriage, God provides no cover to those refusing to take a public stand for marriage. There will be no place for dismissing it as “political” or claiming “separation of church and state.”

Preachers, where do you stand on Prop 8 – with God or Caesar?

John the Baptist lost his head for speaking out against the king’s perversion of marriage.

What are you afraid of losing?