Media Stack the Deck For McCain and Obama on Culture Issues 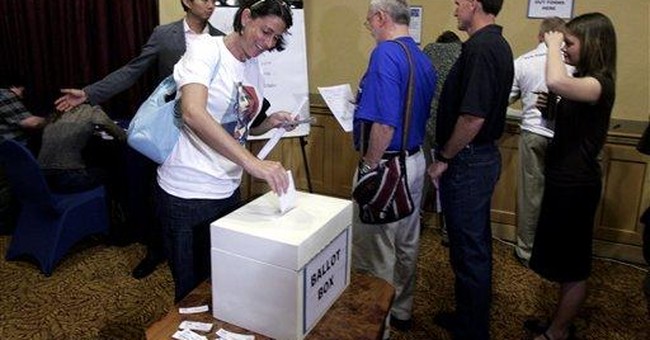 It’s simple. The most competent candidate who comes closest to sharing my core values and political philosophy will get my vote as president. Nobody gets a free ante in the biggest card game of all because of race, gender, religion, or POW status.

When any candidate plays one of these “trump cards,” it tells me something when the media fold rather than call them on it. Thus far, Republican John McCain and Democrat Barack Obama are getting by with a little help from their friends in the press.

When Republican Mike Huckabee appeared to make a negative comment about Mormonism to a New York Times reporter, the media pounced on the former Baptist preacher. Huckabee apologized, and rightly so.

After getting pummeled by the boys at the Democratic debate in Philadelphia on October 30, Clinton went in for the spa treatment at her alma mater, Wellesley College. She proclaimed “this all-women’s college prepared me to compete in the all-boys club of presidential politics.”

CNN reporter Campbell Brown asked Hillary if she is using the gender card. She said “I’m not exploiting anything at all” and “I’m not using the gender card.” Clinton then quipped: “People aren’t attacking me because I’m a woman, they’re attacking me because I’m ahead.” Not a minute passed before she said: “I am thrilled to be running to be the first woman president ever.”

When Hillary (“I am woman, hear me roar or cry, depending on pre-primary polling”) got called for playing the gender/victim card, she bluffed by saying her opponents weren’t picking on her because she’s a woman, it’s because she’s the “leader” trying to crack the great “glass ceiling” on Pennsylvania Avenue.

I forget. Which leader coined that one, Lincoln or FDR?

Even the consummate critic of all things conservative at The New York Times, columnist Maureen Dowd, undercut Clinton’s claim. Dowd says Clinton, “can break, just like a little girl. ... If she could become a senator by playing the victim after Monica, surely she can become president by playing the victim now.”  Maureen likes Obama, in case you couldn’t tell.

Wright: What does it say about Barack Obama that it takes two of you to beat him?

Bill really got pummeled for that one.  How bad is it when your media buddies provide a platform for your Democrat pal Al Sharpton, race-card player extraordinaire, to slap you around for playing the “race card?” According to The New York Daily News:

“The Rev. Al Sharpton Monday joined the chorus of Democrats telling Bill Clinton to zip it. ‘As one of the most outspoken people in America, I think there’s a time to shut up. That time has come,’ Sharpton said. He said the former President’s series of controversial statements about Barack Obama in last week’s bitterly fought South Carolina Democratic primary ended up hurting Clinton, his wife and the party.”

Sharpton’s own Web site confirms his smack at Clinton:

Rev. Al Sharpton on the ABC show The View today told former President Bill Clinton to "shut up". While not identifying any individual statements, Sharpton said Mr. Clinton should end the "race-tinged rhetoric".  Many Democrats are reported to be upset with Mr. Clinton's comparison of Barack Obama's South Carolina victory to those of Rev. Jesse Jackson in 1984 and 1988, in an effort to explain his wife's Saturday South Carolina loss.

And who knew Ted Kennedy’s moral compass could go askew? Right after Clinton’s comment, Kennedy announced his endorsement of Obama: "With Barack Obama we will close the book on the old politics of race against race, gender against gender, ethnic group against ethnic group, and straight against gay.”

I guess this means Ted will have to shut up too. Chalk it up to the politics of change.

The question remains. Since people of good will recoil at the race card, why are media, including conservatives, allowing Obama to use it as a sword and a shield?

When Obama campaigned with Oprah Winfrey in South Carolina, there was no mention of the white side of his family. Like Dorothy said to Toto, “I’ve got a feeling we’re not in Kansas anymore.”

The Los Angeles Times took note that Obama talked about his white mother and white grandparents to a virtually white audience in Kansas where he was introduced by the white governor, Kathleen Sebelius, but the Times, which has endorsed Obama, didn’t mention the “race card”:

The candidate is not in South Carolina anymore, where African Americans helped him to victory in the primary on Saturday. When he talks inclusiveness in El Do-RAY-do (population 12,000, 94 percent white), he means something just a little bit different.

“Barack Obama has Midwestern values, values that we know about,” Sebelius said. “He got them from his grandparents and from his mom,” the Kansas branch of Obama’s multiracial family. (His mother was white; his father was a black Kenyan.)

I guess they were just playing the inoffensive geographic card.

John McCain palms his POW card often and at the most irrelevant times, such as the Republican debate at the Reagan Library last week. Janet Hook of The Los Angeles Times asked McCain the following question about the economy:

Hook: “There's been a lot of discussion lately about the importance of leadership and management experience. What makes you more qualified than Mitt Romney, a successful CEO and businessman, to manage our economy?”

McCain: “Because I know how to lead. I know how to lead. I led the largest squadron in the United States Navy. And I did it out of patriotism, not for profit. And I can hire lots of managers, but leadership is a quality that people look for. And I have the vision and the knowledge and the background to take on the transcendent issue of the 21st century, which is radical Islamic extremism. I've been involved in every single major national security crisis since -- in the last 20 years. I'm proud to have played a role in those, and I'm proud to have played a role in making sure that we didn't raise the white flag and surrender in Iraq, as the Democrats wanted us to do and we would have done if we had set timetables for a withdrawal. So, the fact is -- so the fact is that I have the qualifications and the knowledge and the background and the judgment. I don't need any on-the-job training. I had the great honor of serving this country in uniform for 22 years. I had the great honor of being inspired while I was in the prison camps of North Vietnam by the news of a governor and his wife who cared very much about those of us who were in captivity.

Most of us get it, and we don’t think it’s worth a plugged presidential nickel. Hillary’s a woman. Barack’s black and white. Mike’s a former Baptist preacher. Mitt’s a Mormon. John’s a war hero and former POW. Kudos to all, and get over it.

And thanks to Ron Paul for not playing your gynecology card.