Jane Robbins
|
Posted: Dec 15, 2019 12:01 AM
Share   Tweet
The opinions expressed by columnists are their own and do not necessarily represent the views of Townhall.com. 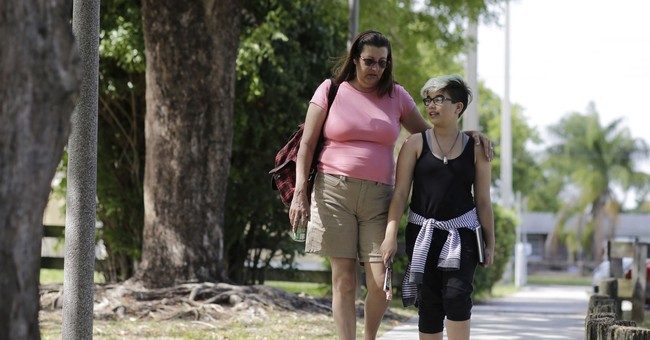 The transgender industry profits handsomely from experimenting on children who are confused about their sex. Experiments include puberty-blocking drugs, cross-sex hormones (estrogen for boys, testosterone for girls), and even mutilating surgery for kids who are too young to buy cough syrup but supposedly competent to make permanent life-altering medical decisions. When challenged about the horror of these medical interventions, the radicals smugly cite support from medical associations such as the American Academy of Pediatrics (AAP) and the Endocrine Society. Case closed.

But a look behind the curtain of these societies’ propaganda operations, plus a review of other medical organizations that have resisted the siren song of money and political correctness, shows that many if not most physicians oppose the macabre, ethically bankrupt policies of the pro-experimentation organizations.

Take the AAP. The political leanings of that organization’s leadership are clear from AAP’s partnership with the Human Rights Campaign (HRC), a radical outfit that uses threats to force acceptance and celebration of practically every conceivable sexual practice. But do the views of HRC and AAP leadership align with those of AAP’s over 65,000 physician members? We don’t know, because the pro-experimentation policies were passed without input from those members.

Under AAP policy, any position statement is drafted by a small committee (usually 10-12 members, and maybe as few as seven) and then voted on by the roughly 12-member board of directors. The broader membership has no direct input into the statement and would generally learn of it only after it’s issued. So the only thing the AAP policy tells us is that less than 0.05 percent of the pediatricians who are still members of AAP believe in experimenting medically on gender-confused children.

Mental-health practitioners have excoriated AAP for its pro-experimentation policy. Dr. James Cantor, a (gay) psychologist from the Toronto Gender Identity clinic, analyzed the AAP statement and found that the studies on which AAP based its policy simply don’t say what AAP claimed they do.“In fact, the references that AAP cited as the basis of their policy instead outright contradicted that policy, repeatedly endorsing watchful waiting [rather than medical intervention].” Dr. Susan Bradley, a child psychiatrist with 40 years of clinical experience and an expert on gender-identity disorders, similarly warned that AAP has no scientific support for its pro-experimentation views.

What about the Endocrine Society, whose guidelines approve administering puberty-blocking drugs and cross-sex hormones to confused children? The Society designates each of its guidelines as supported by scientific evidence of “very low, low, moderate, or high” quality – and the Society admits that 68 percent of its transgender guidelines fall into the “very low” or “low” quality category. In fact, none are supported by high-quality evidence. The Society thus admits the scientific evidence for its recommendations is weak at best. Yet physicians across the country are using these guidelines to justify horrendous interventions that cannot be undone.

By contrast, multiple medical associations oppose these interventions. From the American College of Pediatricians: “Conditioning children into believing a lifetime of chemical and surgical impersonation of the opposite sex is normal and healthful is child abuse.” From the director of the Association of American Physicians and Surgeons: “ [T]he use of [puberty blockers] in gender-confused children constitutes unethical experimentation.” Similar statements have come from the Alliance for Therapeutic Choice and Scientific Integrity, the National Task Force for Therapy Equality, and the Christian Medical and Dental Association.

Medical organizations from other Western nations are warning against transgender medical interventions. The Royal College of General Practitioners in the U.K. decried the “significant lack of robust, comprehensive evidence around the outcomes, side effects and unintended consequences of such treatments for people with gender dysphoria, particularly children and young people . . . .” The Australian College of Physicians has called for an urgent national inquiry into unproven hormone drugs being administered to gender-confused children. The Swedish National Council for Medical Ethics declared that transgender experimentation, far from being standard medical practice, “raises a number of difficult ethical questions.”

Many physicians worldwide are risking professional retaliation from the transgender industry and its allies (see here, here, and here) by denouncing transgender madness. Among them is world-renowned child and adolescent psychiatrist Dr. Christopher Gillberg at Sweden’s Gothen­burg University, who warns that medical interventions for trans-identifying children are “possibly one of the greatest scandal­s in medical history.”

History will record a particularly shameful part of that scandal: the collaboration of previously reputable medical societies. No one should be fooled by their perfidy.