Jane Robbins
|
Posted: Jun 15, 2016 12:01 AM
Share   Tweet
The opinions expressed by columnists are their own and do not necessarily represent the views of Townhall.com. 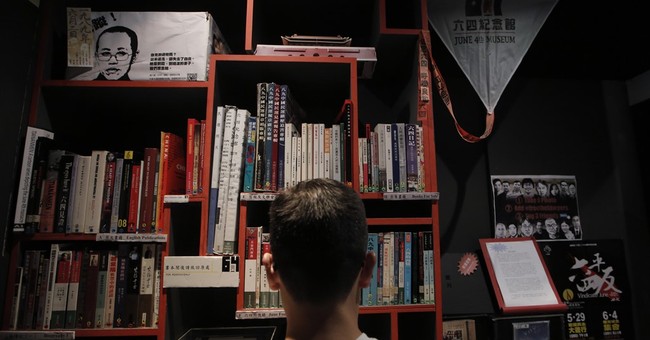 The National Association of Scholars (NAS), which has done valuable work on the College Board’s attempt to impose a leftist national U.S. history curriculum through its Advanced Placement (AP) U.S. History course (APUSH), has kept its eye on the ball. NAS just released a new report on another new AP course – this time AP European History (APEH). If we thought the College Board had repented of its leftist sins and returned to traditional, unbiased history instruction, we should have known better.

The College Board issued its highly revisionist APUSH framework in 2014. That framework presented American history as a dark, depressing story of conflict and oppression. After months of protests by scholars, state legislators and education officials, and parents, the College Board finally withdrew the APUSH framework and replaced it with one less overtly biased (although some commentators noted that problems remained, including retention of the slanted textbooks and teacher training).

But the College Board assured the concerned stakeholders that all was now well, and that they needn’t spend any more time scrutinizing the AP program or, worse, looking for an alternative.

But the leopard’s spots remained unchanged. As related in withering detail by David Randall of NAS in his report entitled The Disappearing Continent, European history has now undergone the same type of leftist revisionism previously applied to U.S. history.

Among Randall’s findings is that the new APEH framework not only downplays the influence of religion in European history but “presents religion throughout as an instrument of power rather than as an autonomous sphere of European history.” APEH students will learn nothing about medieval Christianity or the tenets of the Reformation. So determined is the College Board to excise religion from European history that it even manages to discuss the movement to abolish slavery without mentioning its religious foundations.

The new framework also gives short shrift to the history of Great Britain, “thus minimizing the importance of Britain’s distinctive history in the European tradition as the champion of liberty.” As Stanley Kurtz notes, an American student cannot understand the roots of American constitutional democracy without understanding the writings of Hobbes and Locke; nor can he understand the free-enterprise system without studying the work of Adam Smith. But he’ll find neither in the APEH course.

One might almost suspect that the College Board doesn’t want American students to appreciate their nation’s heritage of individual liberty and God-given rights.

Speaking of free enterprise, don’t expect the APEH framework to present an unbiased account. To the College Board (which makes much of its enormous profit off government), free enterprise is a suspect system with more failings than benefits. Not so with Communism. As NAS reports, “APEH minimizes and extenuates the evils of Communism, the brutal destructiveness of Soviet rule, and the aggressiveness of Soviet foreign policy.”

As it did with the revised APUSH framework, the APEH course virtually ignores the achievements of individual inventors and entrepreneurs. Downplaying contributions of individuals is characteristic of Marxist historians, who focus on impersonal movements to explain historical developments. The NAS report concludes that that’s true of the APEH framework: “APEH follows modern progressive historians’ soft-Marxist interpretation of the history of Europe . . . .” Why might it do this? Because such an approach “works to justify modern progressivism’s soft-Marxist political action in the present. . . . APEH shreds European history to serve today’s progressive agenda.”

The new APEH framework proves the College Board’s retreat on its revisionist APUSH course was merely a tactical maneuver in its long campaign to (as Kurtz has argued) nationalize the history curriculum along leftist lines. Realizing it overplayed its hand with APUSH, the College Board eventually pulled back and airbrushed the worst of the problems (safe in the knowledge that the new APUSH textbooks would still be taught by teachers trained on the pre-retreat framework, thus minimizing the actual change in the classroom). The political heat would subside.

But ideologues don’t change who they are and what they want. The College Board gives every indication of being controlled by men and women of the left, and their continuing agenda is the same one revealed in the APUSH framework. That agenda suffered a temporary setback when the truth came to light, but it’s back with a vengeance in the European history course. The College Board just hoped no one would notice. Fortunately, NAS did.

The College Board has proven it can’t be trusted to produce objective scholarship. Must we fight a lengthy battle with that monopoly every time it releases a new course framework? We need an alternative to the AP program – as soon as possible.