The Speech Obama Should Give in Oslo 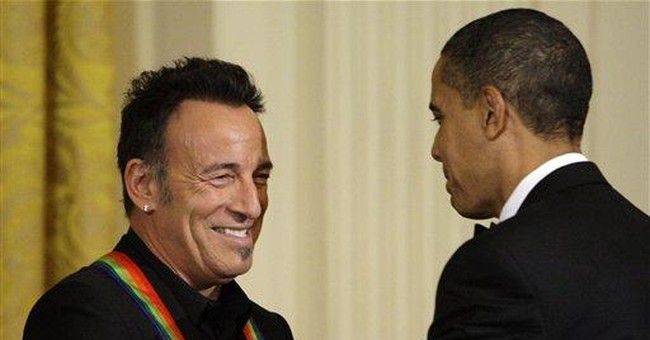 Today in Oslo, Norway President Barack Obama will officially be given the Nobel Peace Prize. This is the speech he should give (but almost certainly won’t):

Thank you for the applause and thank you for this award. Unfortunately, I can’t accept it on behalf of myself. I haven’t yet earned it and therefore do not yet deserve it. And if I were to accept this award for my accomplishments in pursuit of peace up to date, I would be making a mockery of this prize.

But I didn’t come all this way, across an ocean, to reject the prize. Instead, tonight, I graciously accept this Nobel Peace Prize in my role as Commander in Chief of the United States military and on behalf of the men and women of the U.S. Armed Forces, past and present, who represent the greatest force for peace in the world. In this context, this peace prize is well deserved and long overdue.

During World War II, the United States entered the war to defeat Nazi Germany and Imperial Japan and the threat these wicked ideologies posed to mankind. The U.S. military fought with dignity, honor, and tenacity, and with its allies helped defeat these great menaces to civilization. Afterward, America didn’t let these countries rot. Instead, we helped them become the free, open and peaceful societies they are today. The credit for the peace and prosperity that Japan and Germany now enjoy goes in large part to the fighting men and women of the U.S. Armed Forces.

It was also the strength of the United States military that kept those in Western Europe safe from the threat of Soviet invasion and occupation during the Cold War. The peace and prosperity that Western Europe has enjoyed is in large part attributable to the security blanket that the U.S military has provided.

But it doesn’t stop there.

In 1991, the American military led a coalition to liberate Kuwait from the grip of Saddam Hussein’s brutality. In 1999, it was the United States military that traveled to Europe to lead an effort to save the Muslims of Kosovo from ethnic cleaning. All around the world, citizens traumatized by great natural disasters have the United States military to thank for coming to their aid.

In this new century the examples continue. After the brutal attacks of 9/11, my country united with allies from around the world to fight back. While acting to eliminate the threat of Islamist radicalism, the United States military led the way in liberating Afghanistan and Iraq, giving millions more an opportunity for liberty and peace. Even though I may have disagreed with the Iraq War, make no mistake, just because Saddam Hussein’s Iraq was not currently at war does not mean that peace reigned supreme. Don’t just take my word. Ask those Kurds and Shiite Arabs who had family members systematically slaughtered by the dictator.

Iraq is still a nation in flux, but the American military right now is helping give that nation a chance to establish a peaceful future in the process of ensuring that Iraq does not become a base for terrorism. On that note, joining me in Oslo is General David Petraeus, a man who deserves much of the credit for giving Iraq a chance for true peace. Please give him a big round of applause.

Finally, my decision last week to deploy 30,000 more troops to Afghanistan was also, at its essence, an effort for peace. In order to achieve peace in Afghanistan, America must help the Afghan government defeat the Taliban and their al-Qaeda brethren. The American military is fighting Islamist Extremism around the world not only in defense of our own security, but for the peace and security of the world.

So, tonight, I thank the Nobel Peace Prize committee for this great honor. And I accept the award with great pride on behalf of the greatest force for peace in existence, the men and women of the United States Military.