A Global Warming Lesson from Zimbabwe

James Wanliss
|
Posted: Feb 26, 2016 12:01 AM
Share   Tweet
The opinions expressed by columnists are their own and do not necessarily represent the views of Townhall.com. 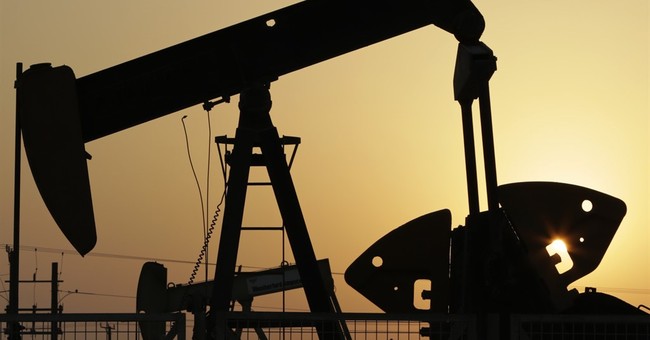 Robert Mugabe, the sempiternal dictator of Zimbabwe since 1980, has been an international pariah for some time. But could global warming thaw his frayed and frosty relationships with world leaders?

When Mugabe first came to power in 1980 he was fêted in the West. His accession was not praised by all Zimbabweans, notably the Whites and the Ndebele, who were not keen on Mugabe's efforts to turn the nation into a one-party state.

Mugabe formed a military unit to deal with malcontents, trained by North Korea, naming them the Gukurahundi, a word in his native Shona tongue meaning "the early rain which washes away the chaff." In 1983 this 5th Brigade executed systematic killings of Ndebele civilians in Matabeleland. Conservative estimates of the death toll are put at 20,000. In Mugabe's words, the people of Matabeleland needed to be "re-educated." Western politicians mostly tiptoed around this unpleasantness.

Mugabe's policies made life in Zimbabwe more and more difficult, and by 2000 his cachet had finally run out. In that year he implemented another racist attack, this time on white farmers in which he drove them, and anyone associated with them, off their farmland.

This led to a collapse of the nation's cereal production and widespread famine. Mugabe turned a deaf ear to international concern for the unfolding Zimbabwean humanitarian disaster. In 2005 he said, "We are not hungry.... Why foist this food upon us? We don't want to be choked. We have enough." He said this at a time over 1.5 million people were starving, especially in Matabeleland.

In 2008 he exacerbated food insecurity for Zimbabweans by blocking international humanitarian organizations from delivering food and humanitarian aid to populations in the worst-affected rural areas.

After 36 years of often violent rule some would call Mugabe a dictator. But he has shown himself a most adept politician. For while the world community grimaces at the Mugabe-inflicted humanitarian crisis in Zimbabwe, President Mugabe blames the weather and gets applause.

Last December, as a welcome guest and speaker at the U.N. Climate Summit in Paris, he rebuked Western nations, saying that because of global warming caused by developed nations, "[d]isaster stalks our planet Earth." Mugabe's solution includes "provision of long-term financial resources, technology development and transfer, capacity-building". In short, show me the money.

Mugabe doesn't even blush with shame when he demands the cash because he understands the game, the shameless charade of the U.N. Framework Convention on Climate Change.

Christiana Figueres, executive secretary of the convention, who just announced that she will step down in July, welcomed Mugabe to the Paris conference. She admits that the whole game is not actually about the climate but about economics, saying, "This is the first time in the history of mankind that we are setting ourselves the task of intentionally, within a defined period of time, to change the economic development model that has been reigning for at least 150 years, since the Industrial Revolution." I.e., she's intent on substituting central planning for free trade.

Global warming provides a neat way for tyrants to blame shift and top up their slush funds. Rather than in jail for crimes against humanity, Mugabe has found an expedient that finds him rising phoenix-like from the ashes of Zimbabwe, if not a hero then certainly a comrade in the warm embrace of global warming politics.

James Wanliss, Ph.D., is Professor of Physics at Presbyterian College, Clinton, SC. He is a Senior Fellow and Contributing Writer for The Cornwall Alliance for the Stewardship of Creation, and author of Resisting the Green Dragon: Dominion, Not Death. He has published over 50 peer-reviewed physics articles, has held the NSF CAREER award, and does research in space science and nonlinear dynamical systems under grants from NASA and NSF.