Race: The Underground Railroad of Conservatism 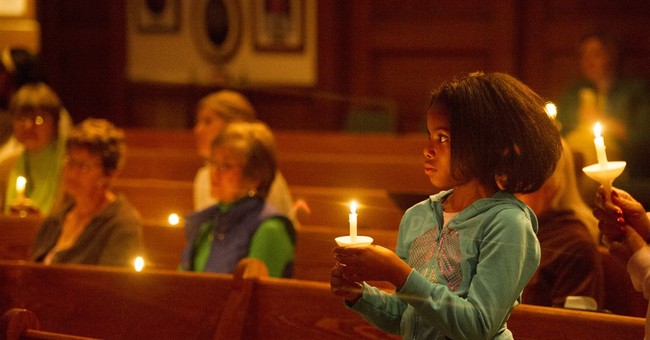 The year was 1982, and the location was the University of Wisconsin’s campus in Madison. While listening to cassette tapes of Louis Farrakhan, I was invited to a Bible study by a young man who came from what many of the blacks from Wisconsin called “Whitefolks” Bay (Whitefish Bay). He was immediately identifiable—from the crisply pressed blue oxford shirt to the perfectly tailored tan khaki pants, down to the shiny brown penny loafers. His appearance was the textbook definition of a preppy, conservative, Republican.

I hated him on sight.

But I witnessed him do something that I had never seen another conservative do; he was able to actively embrace multiple ethnic groups without cultural blinders. I went to that Bible study, and a Christian conservative was born. This man’s approach to people with backgrounds that differed from his own changed my heart and my mind. He touched the third rail of race and lived to talk about it.

In a recent article from Town Hall, Tom Tradup asks if race is the “third rail of talk radio.” He asked the question because he noticed the lack of black voices in talk radio coming to Paul Ryan’s defense after the congressman was recently blindsided by a firestorm of accusations of racism. This begged the understandable question—where are those voices? Mr. Tradup asserted that “if talk radio is to broaden its appeal to minority audiences, it will need to create and develop ethnic talent, including Hispanic conservatives, locally and nationally.”

I happen to be a conservative talk radio host, and an American of African descent. While I did not disagree with the statement, I did feel uncomfortable with one of the underlying assumptions of Tradup’s proposition. Despite his good intentions, Mr. Tradup is exhibiting a fallacious thought process. He is ignoring what already exists to bolster his perception of what needs to happen. Conservative minority voices do not need to be developed or created for they are already here. I know several of them.

There are already minority conservatives out here laboring. We are writing, talking, speaking and doing everything we can do to make sure our voices are heard. Yet it seems as if all is to no avail, if as Tradup asserts, it is up to talk radio to create and cultivate minority talent. If we cannot be seen, it is almost as though the industry and Mr. Tradup are wearing those very cultural blinders my friend lacked, and they miss seeing us because we are not the standard black liberal charlatans they are accustomed to hearing and dismissing.

It seems as though true ethnic conservative voices have not garnered the attention of the industry. But that will change as the industry realizes that this group of conservatives represents an untapped market, eager to participate in the free exchange of ideas and commerce. Let’s face it. There is money to be made in expanding the reach of what has historically been seen as the realm of the “traditional” definition of conservative. Conservatives no longer only wear starched shirts, blue blazers and red ties. The face of conservatism is changing, thanks in no small part, to those program directors who choose to ignore cultural blinders and embrace conservative ideas coming from diverse voices.

I thank Tom Tradup for starting a conversation that is long overdue. But talk radio does not need to cultivate ethnic talent. Talk radio only needs to continue to capitalize on the ethnic talent that is right under the industry’s nose.