Jake Bequette
|
Posted: Apr 05, 2021 12:01 AM
Share   Tweet
The opinions expressed by columnists are their own and do not necessarily represent the views of Townhall.com. 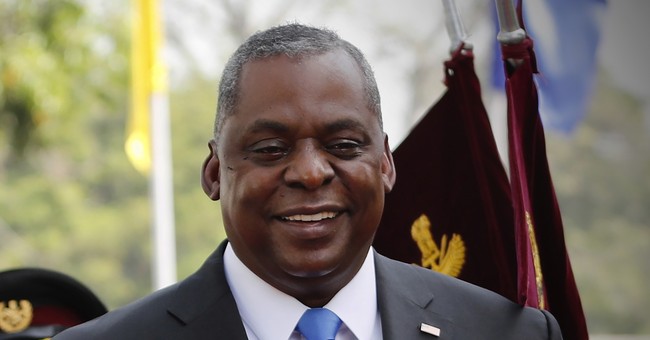 “The next enemy we fight won’t be wearing flip-flops!” the Army captain bellowed at my fellow Infantry lieutenants and me as we engaged targets with our M4A1 carbines at a small-arms range on Fort Benning, Georgia. As I trained among the Army’s next crop of Infantry platoon leaders, the message from the cadre at the Infantry Basic Officer Leadership Course was clear: after two decades of war in the Middle East, the focus of America’s military must shift to defeating a professionally-trained enemy equipped with weapons and technology mirroring our own: armored vehicles, night vision capability, tactical air support, and encrypted communications.

That was in the summer of 2018. Just two years before, I had walked out of my Constitutional Law class in Washington, D.C. and into a military recruiting station. I felt the call to serve in the Armed Forces, and I was excited to meet with the Army recruiter sitting before me. I thought the non-commissioned officer was joking when one of the first questions he asked was, with more than a hint of embarrassment, “Now, I have to ask you, what gender do you identify as? Sorry, man, these are the new rules.” As a former college and professional football player, that isn’t a question I’m typically asked. I expected that sort of nonsense from places like my law school, not from the world’s finest military.

Unfortunately, those “new rules” were the crescendo of several decades worth of increasingly bold leftist ideology permeating down through the ranks from the Pentagon, trends that were well documented in former Army Infantry officer James Hasson’s book "Stand Down: How Social Justice Warriors Are Sabotaging America’s Military." Early imperceptible changes rapidly gave way to radical policies such as ending “hypermasculinity” in combat arms units, providing hormone therapy to deployed service members, and an ideologically driven quest for a “genderless” force.

Those disturbing trends were curbed by the election of President Donald Trump in 2016, but President Joe Biden and Secretary of Defense Lloyd Austin have immediately reverted to the Obama-era Department of Defense practice of treating our nation’s Armed Forces as a social experiment. Beginning with a declaration that “trans rights are human rights,” on March 31st Secretary Austin reversed former President Trump’s halt on transgender enlistments and announced that the Pentagon will recruit individuals based on their “self-identified gender” and will provide taxpayer-funded gender transition surgeries for military members.

Those who hoped that at least the Special Operations Command could avoid the woke avalanche were immediately disabused by the March 25 hiring of SOCOM’s first “chief of diversity and inclusion,” Mr. Richard Torres-Estrada. The tactical warfighting benefits of “diversity and inclusion” in tip-of-the-spear units like the Navy SEALs and Green Berets wasn’t explained, but it’s safe to assume that neither Xi Jinping nor Vladimir Putin were trembling at the announcement of Mr. Torres-Estrada’s appointment. Less than a week later, Mr. Torres-Estrada was “reassigned” pending an investigation into his past social media posts, including comparing former President Trump to Adolf Hitler. The humiliation is twofold – the reassignment of the Department of Defense’s first political commissar, and the implication that Special Operations Command was apparently unaware of such a controversial appointee’s recent social media posts.