The False Premises of the Ruling Against Johnson & Johnson

Jacob Sullum
|
Posted: Aug 28, 2019 12:01 AM
Share   Tweet
The opinions expressed by columnists are their own and do not necessarily represent the views of Townhall.com. 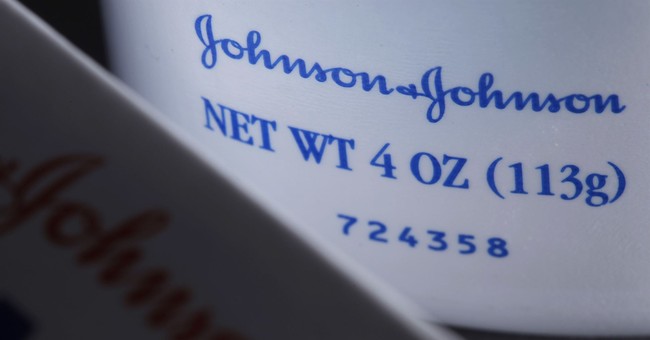 This week, an Oklahoma judge ruled that Johnson & Johnson should pay $572 million to "abate" a "public nuisance" the company created in that state by minimizing the hazards and overselling the benefits of prescription opioids. A few months ago, a North Dakota judge rejected a very similar claim against Purdue Pharma under a nearly identical "public nuisance" statute.

The difference between those two decisions partly reflects the difference between broad and narrow understandings of "public nuisance." But the diametrically opposed rulings also pit a simple narrative of the "opioid crisis" with a clear set of villains against a more complicated story that's closer to the truth.

Ruling against Johnson & Johnson on Monday, Cleveland County District Court Judge Thad Balkman claimed the "current stage of the Opioid Crisis ... still primarily involves prescription opioids." According to records collected by the U.S. Centers for Disease Control and Prevention, however, pain pills were involved in just 30% of opioid-related deaths in 2017. Most of those cases also involved other drugs, mainly heroin and illicit fentanyl or fentanyl analogs, which were implicated in three-quarters of opioid-related deaths.

Balkman likewise seems to have accepted at face value Oklahoma's assertion that "opioids are highly addictive." The evidence also contradicts that claim.

In 2015, according to the National Survey on Drug Use and Health, about 2% of Americans who took prescription opioids, including nonmedical users, qualified for a diagnosis of "opioid use disorder," a broad category that is not limited to addiction. By comparison, about 9% of past-year drinkers had an "alcohol use disorder."

A 2018 BMJ analysis of medical records found evidence of "opioid misuse" in 1% of patients who took pain pills after surgery. While studies find that misuse is more common among chronic pain patients, a 2016 New England Journal of Medicine article concluded that "rates of carefully diagnosed addiction" average less than 8%.

That study, which was co-authored by Nora Volkow, director of the National Institute on Drug Abuse, noted that "addiction occurs in only a small percentage of persons who are exposed to opioids -- even among those with preexisting vulnerabilities." Yet Balkman deemed such statements by Johnson & Johnson "false, misleading, and deceptive."

The judge likewise faulted the company for suggesting that prescription analgesics pose a "low danger" when used for legitimate medical purposes. But according to a 2015 Pain Medicine study, the fatal overdose rate among North Carolina patients who received opioid prescriptions in 2010 was 0.02%.

Balkman also thought Johnson & Johnson was wrong to say opioids could be appropriate for treating chronic pain and wrong to suggest that undertreated patients might look like addicts as they desperately sought relief. Yet, as South Central Judicial District Judge James Hill pointed out when he dismissed North Dakota's lawsuit against Purdue Pharma in May, the Food and Drug Administration has endorsed both of those propositions.

Balkman views the very idea that pain is undertreated as suspect in light of the dramatic increase in opioid prescriptions since the 1990s. But inadequate pain treatment can and does coincide with widespread misuse, and the problem has been aggravated in recent years by ham-handed efforts to reduce prescriptions, as the FDA, the CDC and the American Medical Association have recognized.

Judge Hill concluded that the link between pharmaceutical companies and opioid abuse asserted by North Dakota "depends on an extremely attenuated, multi-step, and remote causal chain." It ignores the role of regulators who establish rules for opioid use, doctors who exercise independent medical judgment in deciding when and how to prescribe these drugs and people who choose to take pain pills for nonmedical purposes, the vast majority of whom are not bona fide pain patients.

Hill did not mention the life circumstances that make the psychoactive effects of opioids powerfully appealing to a small percentage of people who try them. Those are the real roots of the "opioid crisis," and they cannot be remedied by litigation.