The Second Amendment 'Has Become Optional'

Jacob Sullum
|
Posted: Jun 27, 2018 12:01 AM
Share   Tweet
The opinions expressed by columnists are their own and do not necessarily represent the views of Townhall.com. 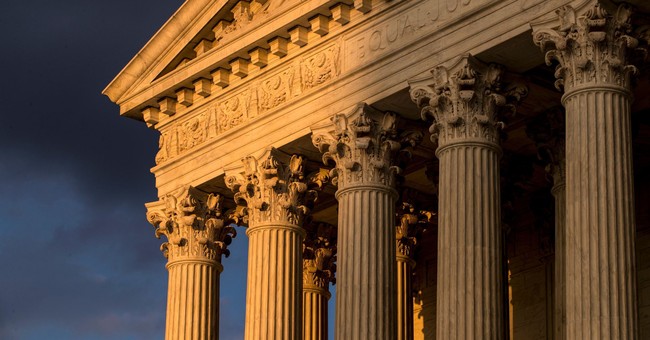 Ten years ago this week, the Supreme Court for the first time explicitly recognized that the Second Amendment protects an individual right to armed self-defense. Since then the Court has revisited the subject only twice, while it has heard about 45 cases involving the Fourth Amendment and about 60 involving the First.

That stark disparity reflects a failure noted by critics on and off the Court. After waiting more than two centuries to acknowledge that the Second Amendment imposes limits on legislation, the Court has passed up dozens of opportunities to clarify the extent of those limits, leaving the task to lower courts that are often hostile to gun rights.

Aside from those two landmark decisions, the Court has enforced the Second Amendment in just one case. In 2016 it ruled that the Supreme Judicial Court of Massachusetts had flouted Heller when it upheld that state's ban on stun guns based on the mistaken premise that the Second Amendment applies only to militarily useful weapons that were in common use when it was enacted.

That is far from the only time a court has reached a conclusion that seems inconsistent with what the Court has said about the Second Amendment. "Most federal judges have not accepted Heller," Alan Gura, the lawyer who argued the case, recently told Tom Gresham on the radio show 'Gun Talk'. "They have taken the posture of 'go ahead and make me do it.'"

Over and over again, the justices have declined to do so. Last year, for instance, the Court refused to hear a case challenging California's highly restrictive carry permit policy, which lets local law enforcement officials decide who may be armed in public. As Justice Clarence Thomas pointed out in a dissent, it is "extremely improbable" that the right to keep and bear arms is limited to the home.

Bans on so-called assault weapons also seem to be at odds with Heller, which said the Second Amendment covers weapons "in common use" for "lawful purposes" -- a description that plainly applies to the guns targeted by such laws, since Americans own more than 16 million of them and almost never use them to commit crimes. Yet the Court has turned away challenges to "assault weapon" bans in Maryland and Highland Park, llinois.

Federal appeals courts have disagreed with each other on both of these issues, creating circuit splits that ordinarily would invite the Supreme Court's intervention. The lower courts also have disagreed about the level of scrutiny that should be applied to laws that impinge on Second Amendment rights, another question that Heller left unresolved.

Thomas has repeatedly complained about his colleagues' neglect of the right to arms, calling it "this Court's constitutional orphan." Antonin Scalia, who wrote the majority opinion in Heller and died in 2016, joined Thomas's dissent from the decision not to scrutinize the Highland Park "assault weapon" ban, and Scalia's replacement, Neil Gorsuch, agreed with Thomas that the Court should have reviewed California's "near-total prohibition of public carry."

Three other current justices joined the majority in Heller. Since it takes four votes for the Court to accept a case, at least two of them seem reluctant to say anything further about the Second Amendment. Judging from Samuel Alito's concurring opinion in the stun gun case, which faulted his colleagues for a "grudging" decision that stopped short of overturning the ban, the two holdouts are probably John Roberts and Anthony Kennedy.

"You have to imagine that at some point in the future of our country the Supreme Court will take another Second Amendment case," Gura said on 'Gun Talk'. "But until that happens, Heller has become optional."