Jacob Sullum
|
Posted: Dec 06, 2017 12:01 AM
Share   Tweet
The opinions expressed by columnists are their own and do not necessarily represent the views of Townhall.com. 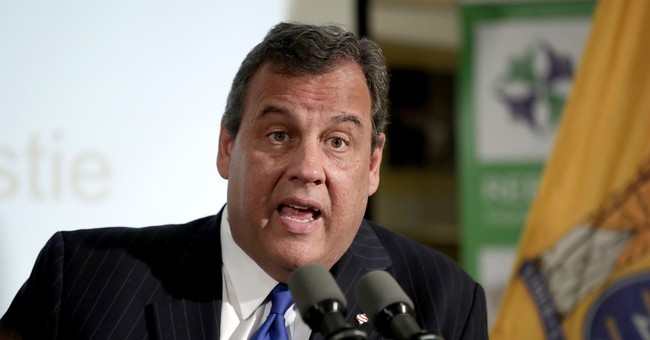 As a candidate for the 2016 Republican presidential nomination, Chris Christie promised to stop states such as Colorado from legalizing marijuana. As governor of New Jersey, Christie insists that the federal government has no business stopping his state from legalizing sports betting -- an argument that got a mostly friendly reception at the Supreme Court on Monday.

The most likely explanation for Christie's situational federalism is that he does not mind if people bet on sports but cannot abide pot smoking. But there is a legal rationale for Christie's apparent inconsistency, and it says a lot about the extent to which the federal government has usurped powers that the 10th Amendment reserves to the states.

Christie is challenging the Professional and Amateur Sports Protection Act, a 1992 statute that says states may not "authorize by law" any form of betting on athletic contests. PASPA, which was intended to "stop the spread of legalized gambling on sports events," exempted Nevada, which had legalized sports betting in 1949, and three states with sports lotteries.

PASPA also allowed New Jersey to establish a system of regulated sports betting in Atlantic City, provided state legislators acted within a year. They missed that deadline, but they finally passed such a law in 2012, the year after New Jersey voters overwhelmingly approved a constitutional amendment authorizing it.

Several sports leagues and the National Collegiate Athletic Association successfully challenged New Jersey's law under PASPA. In 2014 the state legislature tried again, selectively repealing New Jersey's ban on sports betting so that it no longer applied at casinos and racetracks.

The U.S. Court of Appeals for the 3rd Circuit said the selective repeal was tantamount to licensing and therefore violated PASPA. The appeals court rejected New Jersey's argument that requiring it to maintain the ban on sports betting amounts to unconstitutional "commandeering" of state officials in the service of a federal policy goal.

The Supreme Court was much more receptive to that claim on Monday when at least five justices seemed inclined to agree that PASPA impermissibly intrudes on state prerogatives. It is well established that Congress has no authority to dictate the content of state laws.

Still, as New Jersey's lawyer, Theodore Olson, was forced to concede, a valid federal law "preempts" any state law that's inconsistent with it. PASPA does not preempt state law, Olson said, because it is "a direct command to the states without any effort to regulate sports wagering."

In other words, Congress could have imposed its own ban on sports betting, just as it imposed its own ban on marijuana, in which case any state law inconsistent with that prohibition would be preempted. As Olson noted, the issue of preemption is "in play right now" because marijuana has been legalized for medical use in 29 states, eight of which also allow recreational use.

While merely eliminating state penalties for marijuana offenses does not violate the Controlled Substances Act, licensing marijuana suppliers arguably does. That might be what Christie had in mind when he promised to "crack down and not permit" marijuana legalization if elected president. "Marijuana is an illegal drug under federal law," Christie told radio host Hugh Hewitt in 2015, "and the states should not be permitted to sell it and profit from it."

Can it really be true that the Constitution allows federal interference with state policy as long as Congress frames it as preemption rather than a "direct command"? Only if you accept the Supreme Court's implausible understanding of the power to "regulate commerce...among the several states," which supposedly authorizes Congress to prohibit sports betting, cannabis consumption, and pretty much anything else it does not like, even if those activities never cross state lines.

A properly constrained federal government would leave sports betting in New Jersey to New Jersey and cannabis consumption in Colorado to Colorado. As it is, we are left to argue over the form of federal meddling rather than its substance.