Jacob Sullum
|
Posted: Sep 27, 2017 12:01 AM
Share   Tweet
The opinions expressed by columnists are their own and do not necessarily represent the views of Townhall.com. 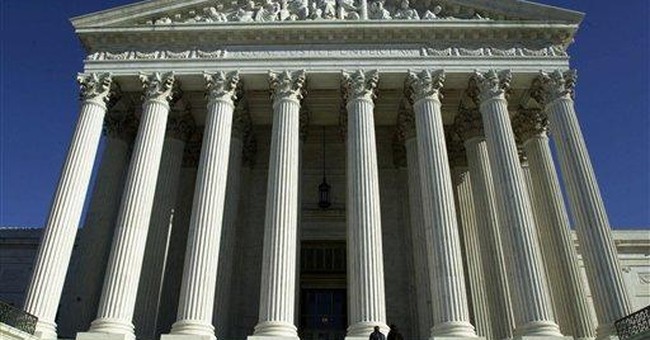 According to the U.S. Supreme Court, locking up sex offenders after they have completed their sentences is not punishment, and neither is branding them as dangerous outcasts for the rest of their lives. Two cases the Court could soon agree to hear give it an opportunity to reconsider, or at least qualify, those counterintuitive conclusions.

Karsjens v. Piper is a challenge to the Minnesota Sex Offender Program, which, since 1994, has confined more than 700 people who were deemed too "sexually dangerous" to release after serving their prison terms. Although these detainees are supposedly patients rather than inmates, in more than two decades only one of them has ever been judged well enough to regain his freedom.

The Supreme Court has upheld post-prison commitment of sex offenders, accepting the pseudoscientific claim that a propensity to commit a certain type of crime is an illness that mental health professionals can cure (in this case, an illness defined by state legislators rather than psychiatrists). But the Court has warned that imposing punishment in the guise of treatment may be unconstitutional.

The detainees challenging the MSOP, some of whom have completed treatment yet remain behind bars, argue that the program's track record and lack of regular risk assessments show it is punitive rather than therapeutic. "The MSOP is a regime of indefinite detention that provides no hope of release," say the Cato Institute and the Reason Foundation (my employer) in a brief siding with the petitioners. "It is functionally impossible to distinguish between Minnesota's civil commitment for sex offenders and imprisonment."

In upholding the MSOP, the U.S. Court of Appeals for the 8th Circuit said the right not to be locked in a cage does not count as a "fundamental liberty interest" for "persons who pose a significant danger to themselves or others." Yet the main issue in this case is Minnesota's lack of interest in whether the plaintiffs actually fall into that category. The state admits at least some of them don't.

Another case pending before the Supreme Court, Snyder v. Doe, is an appeal of a 2016 decision in which the U.S. Court of Appeals for the 6th Circuit ruled that Michigan's Sex Offender Registration Act, ostensibly a form of civil regulation aimed at protecting public safety, is so punitive that its requirements cannot be applied retroactively without violating the constitutional ban on ex post facto laws. The 6th Circuit noted that the law "has grown into a byzantine code governing in minute detail the lives of the state's sex offenders," including onerous restrictions on where they may live, work, and "loiter."

Like Minnesota's preventive detention, Michigan's restrictions are imposed without regard to the current threat posed by any given sex offender, and there is little evidence that they make recidivism less likely. If anything, the appeals court noted, the opposite seems to be true.

The 6th Circuit also pointed out that claims of "frightening and high" recidivism rates among sex offenders, although endorsed by the Supreme Court, have little basis in fact. The original source of the estimate cited by the Court calls it "absolutely incorrect" and says he is "appalled" that it has played an important role in upholding laws aimed at sex offenders.

The Michigan case gives the Supreme Court a chance to reconsider its reliance on bogus recidivism numbers as well as its conclusion that the punitive effects of registries are merely incidental. As the 6th Circuit noted, that position becomes increasingly hard to maintain as states heap additional burdens on registered sex offenders, making it impossible for them to live normal lives without making the public measurably safer.

The Supreme Court has let fear of sex offenders, a despised minority that includes many people who pose no real danger to their fellow citizens, trump traditional concerns about due process and just punishment. By hearing these cases, it can begin to repair the damage it has done to those principles.