Jacob Sullum
|
Posted: Jan 20, 2016 12:01 AM
Share   Tweet
The opinions expressed by columnists are their own and do not necessarily represent the views of Townhall.com. 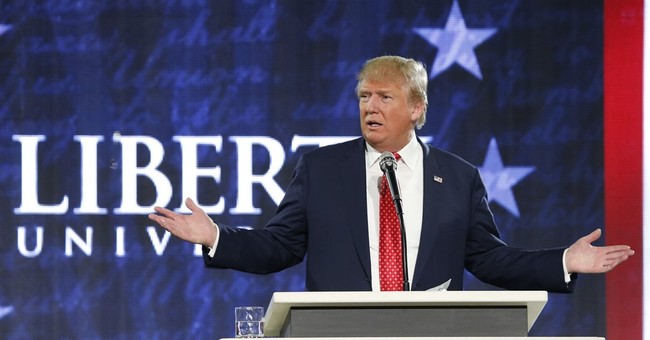 Trending
During last week's Republican presidential debate, Ted Cruz said it's "really quite clear" he is eligible to run for president even though he was born in Canada, because his mother was a U.S. citizen. His rival Donald Trump insisted "there is a serious question" as to whether Cruz qualifies as "a natural born citizen," one of the constitutional requirements for the presidency.

Here is a sentence I never thought I'd type: Donald Trump is right. Cruz describes a consensus that does not exist.

The Texas senator is not alone in doing that. In a Harvard Law Review essay published last March, Neal Katyal and Paul Clement -- solicitors general under Barack Obama and George W. Bush, respectively -- say "there is no question that Senator Cruz has been a citizen from birth and is thus a 'natural born Citizen' within the meaning of the Constitution." They call claims to the contrary "specious" and "spurious."

No doubt Mary Brigid McManamon, a legal historian at Delaware Law School, would object to those adjectives. In a Washington Post op-ed piece published last week, she says it's "clear and unambiguous," based on British common law during the Founding era, that Cruz is not a "natural born citizen."

As Catholic University law professor Sarah Helene Duggin and Maryland lawyer Mary Beth Collins show in a 2005 Boston University Law Review article, these dueling perspectives are the latest installment of a long-running scholarly debate about the meaning of "natural born citizen." Contrary to Cruz, Katyal, Clement, and McManamon, Duggin and Collins view the phrase as "opaque" and dangerously "ambiguous" (as well as outdated, unfair, and antidemocratic), arguing that it should be excised by amendment.

Harvard law professor Laurence Tribe, whom Trump likes to cite, has taken both sides in this debate. In 2008, Tribe and former Solicitor General Ted Olson coauthored a memo that said John McCain, the GOP nominee that year, was eligible for the presidency even though he was born in the Panama Canal Zone.

Since the Constitution does not define "natural born citizen," Tribe and Olson wrote, to illuminate the term's meaning we must look to the context in which it is used, legislation enacted by the First Congress, and "the common law at the time of the Founding." They said "these sources all confirm that the phrase 'natural born' includes both birth abroad to parents who were citizens, and birth within a nation's territory and allegiance."

Writing in The Boston Globe last week, by contrast, Tribe said "the constitutional definition of a 'natural born citizen' is completely unsettled." He added that based on the originalist approach Cruz favors, he "ironically wouldn't be eligible, because the legal principles that prevailed in the 1780s and '90s required that someone actually be born on U.S. soil to be a 'natural born' citizen." Fordham law professor Thomas Lee makes a similar argument in the Los Angeles Times.

Satisfying as it may be for Cruz's opponents to see him hoist by his own interpretive petard, this way of framing the issue is misleading, because the debate about the meaning of "natural born citizen" is mainly about what the original understanding was, as opposed to whether the original understanding should prevail. Originalists such as Georgetown law professor Randy Barnett and University of San Diego law professor Michael Ramsey argue that their approach favors Cruz.

Another originalist, Independence Institute senior fellow Rob Natelson, who describes himself as an "admirer of Senator Cruz," is not so sure. "Although Senator Cruz's belief that he is natural born may ultimately be vindicated," Natelson writes on The Originalism Blog, "the case against him is very respectable."

Case Western law professor Jonathan Adler, who initially said "there is no question about Ted Cruz's constitutional eligibility to be elected president," later conceded he "may have been too quick to suggest that this issue is completely settled." I was similarly chastened to realize it's not safe to assume everything Donald Trump says is a lie.