Ebola and the CDC's Dangerous Mission Drift: Controlling Contagious Diseases Is Just One of Many Items on the Agency's To-Do List 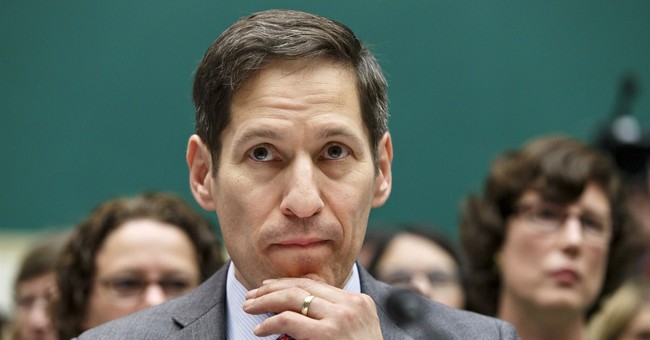 Before Tom Frieden became director of the U.S. Centers for Disease Control and Prevention in 2009, his two main nemeses were tuberculosis and smoking. Although both are commonly described as threats to "public health," they differ in ways that may help explain the CDC's stumbling, alarmingly amateurish response to Ebola in the United States.

Tuberculosis, which Frieden helped control in New York City and India as a CDC epidemiologist, is a contagious, potentially lethal disease. Smoking, which Frieden targeted as New York City's health commissioner, is a pattern of behavior that increases the risk of disease.

Frieden rejects that distinction. He sees the goal of public health as minimizing morbidity and mortality, even when they arise from voluntarily assumed risks, and does not hesitate to rely on state power in pursuing that mission. For him, public health means quarantining and treating disease carriers, but it also means imposing heavy taxes on cigarettes, banning trans fats and forcing restaurants to post calorie counts.

This understanding of public health is an open-ended license for government meddling. It is also a recipe for mission drift, as reflected in the CDC's ever-widening agenda.

Nowadays the CDC's mission includes pretty much anything associated with disease or injury. Last year The New York Times mentioned the agency more than 200 times. In addition to communicable diseases, which accounted for 54 of those references, the topics included smoking, drinking, electronic cigarettes, obesity, diet, suicide, addiction, driving, sports injuries, contraception, economic inequality, domestic violence and gun control (which was mentioned in connection with the CDC 19 times).

If you visit the CDC's website, you will see that the agency is very interested in your life: what you eat, how much exercise you get, whether you smoke, how much you drink, whether you wear a bicycle helmet, whether you brush after meals, whether you get enough sleep. Lately, Frieden and his subordinates even have found time to repeatedly warn us about the menace supposedly posed by e-cigarettes, an innovation that should be welcomed by anyone seeking to reduce tobacco-related disease.

So maybe it's not budgetary constraints so much as a lack of focus that explains the CDC's recent Ebola-related missteps. Frieden has conceded that the CDC should have acted faster in response to the first case diagnosed in the U.S., that it should not have greenlighted air travel by a nurse with an elevated temperature who turned out to be infected, and that its initial protocols for preventing transmission to health care workers, two of whom have been diagnosed with Ebola so far, were inadequate.

Last week, an Ebola expert told The New York Times the original guidelines were "absolutely irresponsible and dead wrong." He added that when he suggested as much to the CDC, "they kind of blew me off."

A few weeks ago, Frieden was confident that the country was Ebola-ready. "I have no doubt that we will stop it in its tracks in the U.S.," he declared. Last week, he began a press briefing on a different note. "Stopping Ebola is hard," he said.

That was four days before President Obama appointed a political hack as his "Ebola czar," charged with coordinating control of the deadly virus. You may wonder: Isn't that Frieden's job? Yes, but he has a lot of other things on his plate.