The Consumer Is Not the Customer 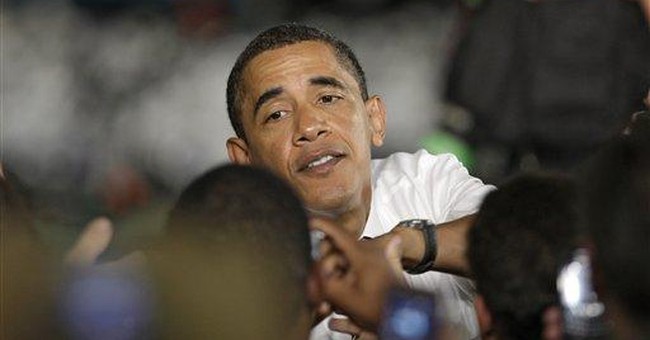 The other day, I was trying to figure out why the paycheck deduction for my health insurance was higher than I had expected. When I called my insurer to ask what the total premium was, the customer service representative said it was none of my business.

Three-fifths of Americans, the share with employer-provided health insurance, are in the same situation: Since someone else buys insurance for them, using money they would otherwise receive as wages, they are in no position to shop around and typically do not even know the true cost of their coverage. This disconnect between payment and consumption is one of the central problems with the current health care system, contributing to rapidly escalating costs, insecurity, and the general lack of choice and competition. Yet both Democrats and Republicans insist upon preserving it.

Outlining his health care reforms last week, President Obama was at pains to reassure the public that "nothing in this plan will require you or your employer to change the coverage or the doctor you have." In fact, he said employers should be forced to provide health insurance (or, alternatively, contribute to a fund that subsidizes premiums).

Obama presented himself as the protector of job-based medical coverage against those "on the right" who "argue that we should end employer-based systems and leave individuals to buy health insurance on their own." That approach, he warned, represents "a radical shift that would disrupt the health care most people currently have."

Meanwhile, the Republicans, whose last president and last presidential candidate both proposed eliminating the tax incentives that encourage employers to offer health insurance in lieu of higher pay, seem to have abandoned that idea. One of their main complaints about Obama's plan is that it would reduce the number of Americans covered through their jobs.

Senate Minority Leader Mitch McConnell, R-Ky., warns that one Democratic health care bill "would cause 10 million people with employer-based insurance to lose the coverage they have." The Republican National Committee claims "over 88 million people" who are covered through work "would lose current insurance under government-run health care."

It's no mystery why each party portrays the other as bent on destroying employment-based medical coverage. Surveys find that a large majority of people who have such insurance are happy with it. According to a recent Zogby poll, 77 percent of Americans oppose "taxing employer-provided health care benefits."

Yet it's the tax-free status of those benefits that favors them over cash compensation, maintaining a bizarre system in which most Americans get their health insurance -- unlike their car, life or homeowner's insurance -- through their employers. As a result, they are insulated from the actual price of their insurance and are more likely to have plans with low deductibles that cover routine medical expenses as well as large, unpredictable costs. In choosing among providers, drugs and courses of treatment, they have little incentive to economize and usually do not even know the relative costs of the various options.

The artificial dominance of job-based plans, along with misguided restrictions on where insurers can sell policies and what types of coverage they can offer, has stunted the development of alternatives. Even so, the large price difference between the job-based and individual insurance markets (some of which may be due to differences in the age and health of policy holders) suggests the savings that are possible when people decide how to spend their own money: In 2007 the average annual premium for nongroup health insurance was about $2,600 for single-person coverage and $5,800 for family coverage, compared to $4,500 and $12,100, respectively, for job-based plans.

In addition to enhancing competition and controlling costs, cutting the link between employment and health insurance would relieve the insecurity that many Americans feel about going without coverage when they lose or leave their jobs. Obama is right that it would be "a radical shift" -- radical in the sense that it goes to the root of the current health care mess.