Paying a Premium for Insurance 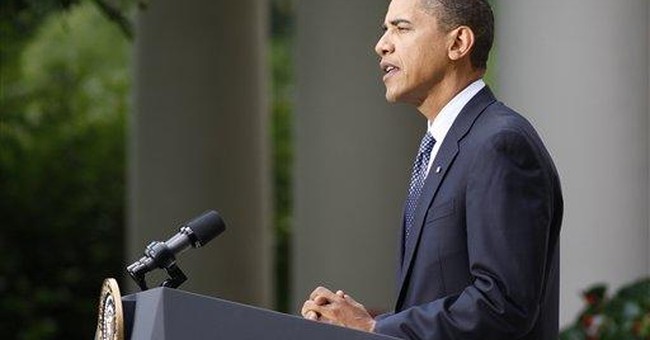 This week President Obama promised "the reforms we seek" will bring greater "inefficiencies to our health care system." It was a slip of the tongue, but the Obama-inspired health care bill moving through the House of Representatives suggests the president accidentally told the truth. The bill, approved last week by two House committees, would spend much more than necessary to subsidize medical coverage for uninsured Americans while failing to deliver on Obama's commitment to control health care costs.

The Congressional Budget Office (CBO) estimates the legislation would cost $1.3 trillion during its first decade: $438 billion for Medicaid and the Children's Health Insurance Program, $53 billion in tax credits for small businesses that offer health insurance to their employees, and $773 billion in subsidies for a government-administered "insurance exchange" in which people could choose among various health plans, including a newly created "public option."

One reason the tab is so high: The bill defines its target too broadly. U.S. Census Bureau data indicate that nearly 40 percent of the 46 million U.S. residents who were uninsured at some point in 2007 had annual household incomes of $50,000 or more. Another 23 percent or so were already covered by existing government programs or could have been. Instead of focusing on the minority who can't afford insurance but are ineligible for taxpayer-funded health care, the House bill takes aim at "the uninsured" generally.

By 2018, the CBO projects, the legislation would provide insurance to 37 million Americans who currently lack it, at a cost of $234 billion. That works out to about $6,300 a person for a year of coverage, which seems pretty pricey, especially since the total cost would be higher: People participating in the insurance exchange would be expected to pay part of their premiums.

According to a December 2007 report from America's Health Insurance Plans, the average annual premium for nongroup health insurance that year was about $2,600 for individual coverage and $5,800 for family coverage. The Census Bureau reports that three-quarters of uninsured Americans live in family households, which in the general population average three people each. Taking that into account, buying insurance for 37 million people in 2007 should have the cost around $78 billion, or a little more than $2,000 each.

How much would it cost in 2018? Kaiser Family Foundation data on employer-provided health benefits (which tend to cost a lot more than policies purchased by individuals) indicate a recent premium growth rate of 5 percent a year, which would make $2,000 in 2007 about $3,400 in 2018, a little more than half what the House bill would spend to insure one person. Even if premiums double during the next decade (as they did during the last decade), simply buying insurance for 37 million people would still be about one-third cheaper than the subsidy scheme created by the House bill.

Also keep in mind that government spending, especially on health care programs, tends to be much higher than anticipated. "When Medicare was launched in 1965," note Cato Institute policy analysts Michael Tanner and Chris Edwards, "Part A was projected to cost $9 billion by 1990, but ended up costing $67 billion. When Medicaid's special hospitals subsidy was added in 1987, it was supposed to cost $100 million annually, but it already cost $11 billion by 1992."

The subsidies championed by Obama would only aggravate the problem of runaway government spending on health care. "In the legislation that has been reported," CBO Director Douglas Elmendorf told the Senate Budget Committee last week, "we do not see the sort of fundamental changes that would be necessary to reduce the trajectory of federal health spending by a significant amount. And on the contrary, the legislation significantly expands the federal responsibility for health care costs."

The bill does have a great name, though. In the spirit of the spending binge that Obama dubbed a New Era of Responsibility, it's called America's Affordable Health Choices Act.