The New Era of Irresponsibility 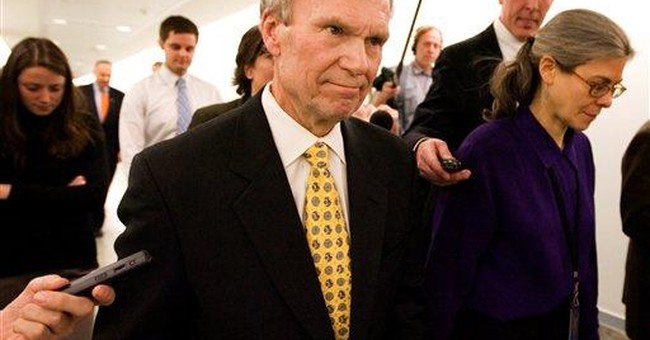 Last October, while campaigning in Toledo, Ohio, Barack Obama called for "a new ethic of responsibility." The nation's economic troubles, he said, occurred partly because "everyone was living beyond their means," including politicians who "spent money they didn't have." In his inaugural address last month, Obama regretted "our collective failure to make hard choices" and heralded "a new era of responsibility."

Now President Obama, as one of his first priorities, is pushing a gargantuan "stimulus" plan that will add around $1 trillion to the national debt and cannot possibly work as advertised. Welcome to the new era of responsibility.

Remember when the problem with Americans was that we saved too little, preferring instant gratification even when we couldn't afford it? As Obama put it in October, "we were allowed and even encouraged to spend without limits, to borrow instead of save."

Economists worried that our low saving rate made our economy and our government dangerously dependent on the whims of foreign investors. Yet on Monday, when Commerce Department data showed that the U.S. saving rate had risen sharply, from less than 1 percent of after-tax income a year ago to 3.6 percent in December, the press treated the increase as bad news.

"Putting away money and paying down debt may be good for one family's kitchen-table economics," The New York Times reported, "but the broader economy suffers in the short term when millions of families do it." The Associated Press agreed: "What's good for individuals -- spending less, saving more -- is bad for the economy when everyone does it."

This is the theory underlying the "stimulus" package: Since we can't depend on consumers to spend money they don't have on stuff they don't need, the government has to do it for them.

Never mind the disappointing history of using government spending to jump-start the economy. Although it didn't work in the United States during the 1930s or in Japan during the 1990s, Obama is eager to try again, like Bullwinkle reaching into his hat for a rabbit after getting a lion and a rhinoceros, exclaiming, "This time for sure!"

Even if the mechanics of Obama's trick were sound, his timing would be off. According to the Congressional Budget Office, only a fifth of the spending and tax breaks in the House version of the "stimulus" bill would be felt in 2009. The vast majority of the money, ostensibly intended to jolt the economy out of recession, would be spent after the recession is expected to end.

Spending a trillion bucks is not as easy as it looks, even for a government accustomed to throwing money around. The House bill allocates $9 billion to the expansion of broadband Internet service in rural areas, for instance, but the CBO predicts the resulting projects would not be completed for five to eight years, partly because they would require "technological features that are not widely available today." Similarly, "much of the construction and procurement work associated with highway and transit projects would occur over an extended period of time, leading to federal outlays over several years."

A particular telecommunication or transportation project may or may not be a sound investment, but nothing funded by the "stimulus" package has to meet that test, since spending the money is an end in itself. Hence there is no need to justify the $127 billion for health care and the $150 billion for education (which would more than double the Education Department's annual budget) as proper and wise uses of taxpayer money.

Indeed, pausing to ask whether offering Medicaid to millionaires, giving $1 billion to perpetually penurious Amtrak, devoting $44 billion to "clean energy," or boosting the budget of the National Endowment for the Arts is a good idea would be reckless at a time like this. "When it comes to rebuilding our economy," Obama warned just before the House approved the pseudo-stimulus bill, "we don't have a moment to spare." Acting responsibly, in other words, would be irresponsible.