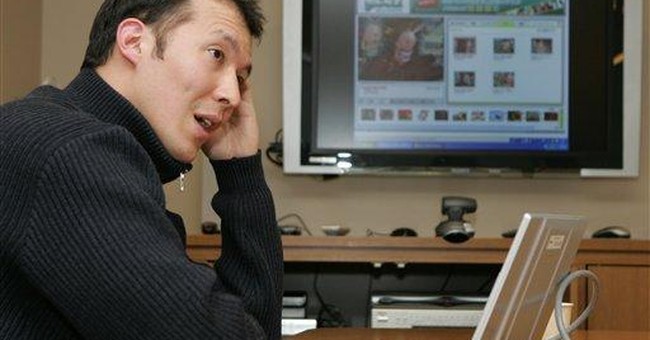 A year ago, Jack Banas, prosecuting attorney for St. Charles County, Mo., said he would not bring charges against Lori Drew for her role in a MySpace prank that apparently provoked a 13-year-old girl to kill herself. The reason was simple: Although Drew's actions were cruel, childish, and irresponsible, she had not broken any laws.

"We live in this country by the rule of law," Banas warned would-be vigilantes. Thomas O'Brien, the U.S. attorney in Los Angeles, should have taken those words to heart. Instead this grandstanding prosecutor twisted the law to punish an unpopular woman and in the process threatened to expose millions of innocent Americans to criminal liability.

This week a federal jury in Los Angeles convicted [OR: acquitted] Drew, 49, of violating a law aimed at computer hackers. Yet [OR: It was the right verdict, because] Drew is not a hacker, and the charges against her had very little to do with the behavior for which she was widely reviled.

It all began with the estrangement of two friends: Drew's daughter, Sarah, and Megan Meier, who lived down the street in O'Fallon, Mo. In September 2006, according to testimony at Drew's trial, she began to worry that Megan was spreading nasty rumors about Sarah. Ashley Grills, an 18-year-old who worked for Drew's home-based advertising business, proposed a ruse through which they could learn what Megan was saying about Sarah: Grills would pose as a cute 16-year-old boy on MySpace, befriend Megan and gain her confidence.

Megan fell for the flirtatious, fictitious boy, Josh Evans, who eventually turned on her, saying he did not want to be her friend anymore. Grills, who testified against Drew in exchange for immunity, said she was trying to end a prank that had gone too far. In her last message as Josh Evans, she told Megan, "The world would be a better place without you." Grills said Megan, who had a history of depression and suicidal thoughts, replied, "You are the kind of boy a girl would kill herself over." A half-hour later, Megan used a belt to hang herself in her bedroom closet.

Although O'Brien clearly prosecuted Drew because he wanted to blame her for Megan's suicide, his case officially made MySpace the victim. According to O'Brien, Drew violated the Computer Fraud and Abuse Act of 1986 by intentionally accessing MySpace's servers "without authorization." He claimed jurisdiction because the servers are located in Los Angeles County. The four charges he brought, conspiracy and three counts of unauthorized access, carry a total penalty of 20 years in prison.

But the charges did not fit the facts of the case. O'Brien claimed Drew's access to MySpace's computers was unauthorized because she violated the social networking site's terms of service (TOS) by providing false information and harassing another user. But he never presented any evidence that Drew saw MySpace's TOS, let alone agreed to them.

Even if breaking rules she never read amounted to unauthorized access, to fit the terms of the indictment Drew would have had to obtain information "in furtherance of" a "tortious act": the intentional infliction of emotional distress. But by the prosecution's own account, although Drew initially wanted to obtain information about rumors Megan supposedly was spreading, the emotional distress was inflicted by the insults of the make-believe boy Josh Evans, which did not hinge on any secrets learned via the fake MySpace account.

"Lori Drew decided to humiliate a child," O'Brien said in his closing argument. But humiliating a child, though reprehensible, is not a crime. By pretending otherwise, O'Brien sacrificed the rule of law to popular passions and thereby endangered anyone who uses the Internet without an attorney by his side.