Jack Kerwick
|
Posted: Nov 22, 2017 12:01 AM
Share   Tweet
The opinions expressed by columnists are their own and do not necessarily represent the views of Townhall.com. 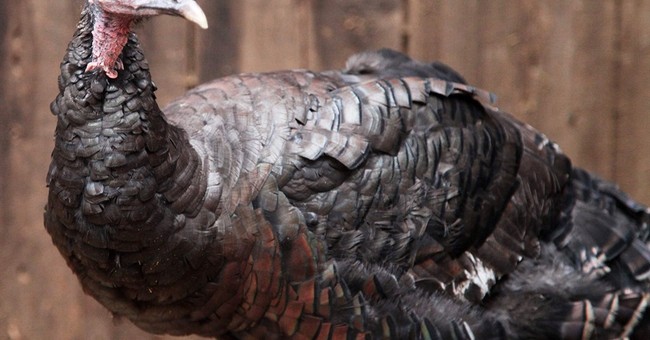 Although the despisers of Western civilization and America insist upon calling it “Indigenous Peoples Day,” or something silly to this effect, most Americans celebrate Thanksgiving Day.

Thanksgiving Day is a golden opportunity for celebrants to accomplish a couple of things.

First, we should bear in mind that in the absence of a lively religious sensibility, the notion of a national day of thanks couldn’t have been imagined, let alone put into practice.  Atheists and agnostics may wish to deny this.  Reason, to say nothing of history, refuses to accommodate them:

It would be lunacy to thank someone for having given us our lives—unless we believed that there really is someone who gave us our lives.

Moreover, if thanks are owed, they can only be owed to a person.  Only persons give thanks, and only persons are deserving of thanks.  This is not to say that only humans can be thankful and receive gratitude.  All humans are persons, for sure. Yet it is not the case that all persons are humans.

For instance, we can and do conceive of non-human persons all of the time.  Star Wars’ Chewbacca and Yoda, to note two pop culture icons, are persons, though they are clearly not biologically human.They are persons because they have the capacity to reason, choose, and communicate on an indefinite range of topics. They are persons by virtue of their capacity to form complex propositions and concepts, including, importantly, a self-concept, a sense of their identity as selves distinct from other selves.

Chewbacca and Yoda are moral agents.  They have a moral awareness, an awareness of right and wrong, good and evil. Thus, they are beings that, capable as they are of acting virtuously and viciously, deserve to be commended for their virtue and punished for their vice.

That we don’t hold animals and plants morally responsible for their actions is proof of our recognition of the fact that they are not moral actors.  That we don’t blame trees for falling into peoples’ homes or losing their leaves all over city sidewalks and streets, and that we don’t arrest, try, and convict animals for acting in ways that are destructive or undesirable—all of this is because we know that plants and animals are not persons.

While it is true that, as a factual matter, the only actual persons that we know exist for certain are members of the human species, we can also see that if angels and gods exist, then they too would be persons.They would not, though, be human.

The point here is that in reserving a day for the express purpose of offering thanks, we do indeed affirm the existence of at least one person to whom we believe thanks is owed.  The logic of the concept of a national day of thanks points inexorably to the reality of a being on account of whom a people, the nation, enjoys all that it enjoys.

Historically, the inhabitants of the West and, specifically, America, have maintained that there is but one being from whom our countless blessings derive.  For the vast majority of Americans, i.e. Christian America, given the doctrine of the Blessed Trinity, this being has been understood in terms of three Divine Persons (God the Father, God the Son ((Christ)), and God the Holy Spirit).

The bottom line, though, is that anyone who believes in expressing gratitude for all the goods that one has must believe in a deity.The national holiday of Thanksgiving is a reminder for contemporary Americans that their ancestors, their country, have always believed in God.

Now, this belief in God may be erroneous.  However, erroneous or not, in a nation of atheists, a day reserved for expressing gratitude for our very existence and all that we have would never have even been a thought.

Secondly, Thanksgiving is an occasion to foster a character excellence that, in this age of endless government entitlements and the glamorization of victimhood, has to be among the rarest of virtues: gratitude.

Americans, with their almost singular focus on rights, are always in danger of forgetting that it is their obligations that, first and foremost, make them the moral beings that they are.  Human beings, unlike animals, have duties.  A duty is a debt owed to others.  Thanksgiving reminds us of the duty—the duty to be grateful—that we have to our Creator and Sustainer.

The act of expressing gratitude for all that we have implies a belief on the part of the grateful that the universe is not the cold Darwinian jungle, the mindless, purposeless mass that atheists would have us think it is but, rather, a gift, a wonderful gift rich with meaning and value.

“Eucharist” literally means “thanksgiving.”  So, in a sense, when we celebrate Thanksgiving, we celebrate the sacramental character of the cosmos.  In doing so, we regard the universe, and our lives especially, as a visible sign of God’s invisible grace.  Each morsel of Turkey and stuffing and apple pie that we consume, though not the flesh of any deity, has, nevertheless, been consecrated by He who made it all possible and by whose love, and in whose love, we eat and share it.