Reasons for Non-Christians to Celebrate Christmas

Jack Kerwick
|
Posted: Dec 24, 2016 12:01 AM
Share   Tweet
The opinions expressed by columnists are their own and do not necessarily represent the views of Townhall.com. 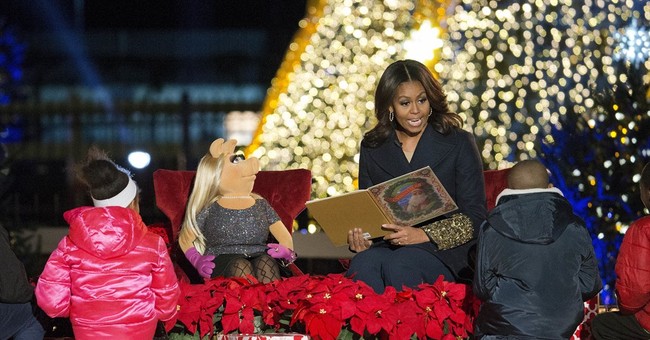 Unquestionably, no one who has ever lived has impacted the course of human history to the extent that Jesus of Nazareth has.  In fact, to speak this way is to dramatically understate matters, for such was the power of His life that Jesus didn’t just impact history; He radically subverted it.

Jesus was in history. By the time that his short 33 years on Earth came to a close, history would be in Him.

The world today measures time and history (“B.C.” and “A.D.”) around the life of this carpenter from Galilee.

The planet’s 2 billion or so Christians are just days away from celebrating His birth.  Of course, for His disciples, Jesus was not just a human being.  He was God in the flesh!  In celebrating Christmas, we celebrate the Incarnation, the event in which the Second Person of the Holy Trinity, God the Son, assumes our human nature by becoming one of us.  Christmas occurs when the God-Man, Jesus, fully human and fully divine, enters the world through His Blessed Mother Mary straight into a manger.

In stark contrast to any other national holiday in America, its decorations, songs, television specials, and movies makes Christmas ubiquitous and, thus, unavoidable.  This, doubtless, accounts for how and why many nonbelievers and even unbelievers, particularly nominal Christians (and some others), also partake of Christmas festivities.  Until they are ready to embrace Jesus as the Christ, the Son of the Living God, both those nonbelievers who observe Christmas and even those who do not should find Jesus’s historical legacy worth celebrating.

As the Reverend D. James Kennedy puts it, “Jesus Christ, the greatest man who ever lived, has changed virtually every aspect of human life….”  The problem is that “most people don’t know it.”  He adds: “The greatest tragedy of the Christmas holiday…is its trivialization.”

Kennedy informs us that “its humble origins” aside, “the Church has made more changes on earth for the good than any other movement or force in history.”  Indeed.

(1)Prior to the advent of Jesus, infanticide, child abandonment, and abortion were common practices throughout the Greco-Roman world (and beyond).  Christianity, though, in sanctifying all human life, unequivocally condemned these activities. All human life, now, was regarded as possessed of an inviolable glory by virtue of having been made in the image of the One, True God.

Christians rescued abandoned children and cared for them. They created the world’s first orphanages, nursery homes, and foundling homes.

(2)Jesus’s monogamous ideal of marriage—the two shall become one flesh—as well as the prominent role that women figured in His ministry elevated women from the rank that they assumed right above beasts of burden to that of moral equality with men.

Infant girls were disproportionately harmed by infanticide until Christianity abolished it, it is true. But Christians also stamped out such institutions as the perennial Indian practice of “suttee”:  In India, widows were expected to burn alive with the cremated corpses of their husbands—whether they wanted to do so or not. Christian missionaries in the early 1800s put an end to this.

(3)Charity, which Westerners have long taken for granted as a moral imperative, is not unique to Christianity.  However, as the Jewish writer Ilana Mercer notes, it was most definitely “perfected” by the latter.

Kennedy writes: “The world before Christianity was like the Russian tundra—quite cold and inhospitable.” He references the work of a Dr. Martineau, a man who, Kennedy informs us, “exhaustively searched through historical documents and concluded that antiquity has left no trace of any organized charitable effort.”

The Salvation Army; Samaritan’s Purse; World Vision; Catholic Charities; the Red Cross; Catholic Relief Services; Christian Foundation for Children and Aging; and Operation Blessing are among the innumerable charitable organizations that Christianity has bequeathed to the world.  Each and every church—not denomination, but individual congregation—that exists has multiple ministries aimed at alleviating the plight of the poor and needy.

That scores of Western secularists have created charitable organizations only underscores the extent to which they’ve appropriated the legacy of the very religion that they reject.

(4)While homes and centers designed to care for the sick existed in some places in the ancient world, it was only after Christianity became the religion of the Roman Empire that we witness the exponential expansion of this phenomenon.

The Christian origins of the modern hospital are unmistakable.

In the fourth century, a hospital would be built in every cathedral town.  These hospitals would attend to various classes of patients, offer training programs for those entering the field of medicine, and maintain libraries where physicians would conduct medical and pharmacological research.

Albert Jonsen, a historian of medicine, credits Christianity with what he describes as “the second great sweep of medical history,” a 1,000 year reign beginning at the end of the fourth century and lasting until the end of the 14th century when “medicine [was] well ensconced in the universities and in the public life of the emerging nations of Europe.”

Others too have meticulously traced the Christian pedigree of the modern hospital.

(4)Christianity has spearheaded the movement to educate the masses.  Kennedy states: “Every school you see—public or private, religious or secular—is a visible reminder of the religion of Jesus Christ. So is every college and university [.]”

Institutions of higher learning were Christian in conception.  Of the 123 colleges that we find at America’s origins, all but one had an explicitly Christian mission. Princeton, Harvard, and Yale, to name three prominent examples, were Christian.  England’s Oxford and Cambridge Universities were also Christian, as was St. Andrew’s, Scotland’s oldest university.

Given their desire to make disciples of all nations, during the Reformation, Christian leaders and missionaries took advantage of the Gutenberg Printing Press to spread literacy.  For the first time, it was possible for people to read the Bible in their native tongues.  Courtesy of Christians, languages that had only been spoken previously were cast in written form.

(5)Christianity gave rise to modern science.  Science depends upon certain non-scientific suppositions regarding the nature of reality in the absence of which it never would’ve arisen. That the world is real; that it is rational or orderly, capable of being explored and discovered; and that it is good, deserving of being studied—are assumptions that are thoroughly Christian in character.

It is not by accident that the first and greatest of scientists—Galileo, Roger Bacon, Copernicus, Kepler, Pascal, Newton, Boyle, and Mendel, to name but a few—were Bible-believing Christians.

Rodney Stark makes the relevant point: “Not only were science and religion compatible, they were inseparable—the rise of science was achieved by deeply religious Christian scholars.”

(6)In literature, painting, and architecture, i.e. the arts, the world has been immeasurably enriched by the Christian inspiration that led to the production of masterpieces. The magisterial cathedrals that adorn Christendom; Michelangelo and Da Vinci; Dante, Chaucer, Shakespeare; Handel and Bach—these are just some of the names of which we never would have heard had it not been for the life of Jesus.

(7) Human slavery has been practiced from time immemorial. Most moralists, secular and religious, never seriously questioned it.  But in the 18th century, a group of especially devout English Christians (led most notably by William Wilberforce) launched a global campaign to abolish this perennial, universal institution.

And abolish it they did.  The English Empire—the largest in the world at this time—deployed its political, military, and economic might to insure the extinction of the slave trade in every area of the planet in which they had a foothold. Against their will, Africans, Asians, and Middle Easterners had to stop peddling human flesh.

The ideas of “human dignity,” “natural rights,” “human rights”—these are all the legacy of Christianity.

Thanks to the person of Jesus of Nazareth, the world ceased being the “Russian tundra” that it once was.

For this reason alone, I happily proclaim to all atheists, agnostics, and non-Christians: