Are NeverTrumpers “Pro-Hillary”: Not Necessarily

Jack Kerwick
|
Posted: Jun 24, 2016 9:58 AM
Share   Tweet
The opinions expressed by columnists are their own and do not necessarily represent the views of Townhall.com. 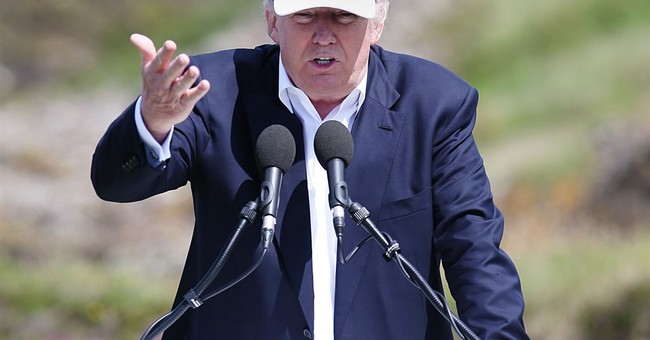 Are (Republican) NeverTrumpers “pro-Hillary,” as some of their critics are now claiming?

It’s true that if the NeverTrumper gets his wish and Donald Trump’s candidacy fails, then the outcome will be a Hillary Clinton presidency. Yet just because the outcome of not voting for Trump is exactly the same as that of actually voting for Hillary Clinton, these may still be two distinct acts, for consequences alone do not an act make.

Abortion, for instance, is regarded by many as an immoral act. No one, however, regards as immoral surgery meant to save the life of a woman with an ectopic pregnancy. The consequence of the one act is exactly that of the other—the death of the unborn child. Yet these are still two distinct acts.

Obviously, it is not the consequence of each act that differentiates them—there is no difference in the consequences. It is, rather, the intentions informing these actions that distinguish them from one another.

An abortionist intends the death of the unborn child. The doctor who removes the fallopian tubes of the woman with an ectopic pregnancy, though he foresees that in so doing he will bring about the death of the child, does not intend any such thing.

That one act is considered wrong by many but the other wrong by virtually no one makes sense in light of the Christian moral doctrine of “double effect.” According to this doctrine, if a person foresees that his action will bring about an otherwise immoral outcome, it may still be permissible for him to perform it as long as he doesn’t intend this outcome.

Now, “intentions,” it’s crucial to recognize, are not subjective psychological processes. If some acts, as most of us seem to think, are right or wrong regardless of context, irrespectively of their outcomes—if some acts are just right or just wrong—then it must be the case that the acts embody as well their own intentionality, their own internal logic.

Abortion is, essentially, by design, the intentional killing of an unborn child. A procedure aimed at saving a mother’s life from an ectopic pregnancy embodies no such intention.

Take another example. Suppose I shoot a gun in a crowded place and strike down innocents. That I may not have been motivated by any desire to harm anyone, that I didn’t mean to harm anyone, doesn’t get me off the hook, for the act that I performed is designed, as it were, to jeopardize others. This is what is implied by such common manner of speaking as, “It just so happened that, thankfully, no one got hurt.”

Now, if the NeverTrumper is simply one who refuses to vote for Trump, then—in light of the doctrine of double effect—it doesn’t seem right to say that he is “pro-Hillary,” for the act of refusing to vote for Trump has as its essential aim the prevention of a Trump presidency. Granted, the NeverTrumper foresees that if enough people think as he does, then a Hillary presidency will be inevitable. But he does not intend for Hillary to win. Theoretically, he may object to her just as much, if not more so, than he objects to Trump.

As the Scriptures say, we must never do evil so that good may come from it.

Still, in point of fact, it is highly doubtful that the NeverTrumper objects to Trump from conscience. Although the typical NeverTrumper would have us think that it is his commitment to “limited government” and/or “Constitutional conservatism” that prevents him from voting for Trump, this is immediately seen for the lie that it is the moment we realize that these same NeverTrumpers have been enthusiastically advancing the interests of just those Republican politicians who for decades have been at least as wedded to Big Government as is Trump.

These NeverTrumpers have enthusiastically been supporting a party that, culturally, socially, economically, and politically, has facilitated America’s movement to the left. They have happily endorsed such faux conservatives as John McCain, Mitt Romney, and George W. Bush—all of whom have, if not always in rhetoric, in effect, advocated on behalf of policies that, from a conservative perspective, are often even more objectionable than some of Trump’s more objectionable stances.

The truth of the matter is that NeverTrumpers will never support him because Trump threatens the status quo. He threatens them professionally and, inasmuch as his foreign policy vision is at odds with the failed neoconservative vision that they’ve peddled all throughout the Bush II years to the present, he threatens them ideologically as well.

The NeverTrumpers actually would prefer Hillary to Trump.

From the juxtaposition of the relentlessness with which they attack Trump and their relative silence on Hillary, it is hard to infer any other conclusion.