Bill Kristol: A Neoconservative, Not a Conservative

Jack Kerwick
|
Posted: May 26, 2016 12:01 AM
Share   Tweet
The opinions expressed by columnists are their own and do not necessarily represent the views of Townhall.com. 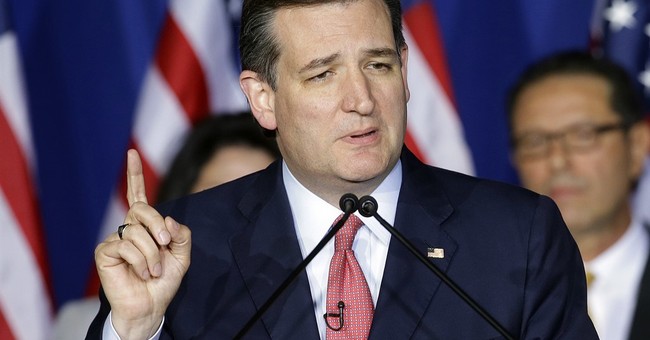 Bill Kristol, of The Weekly Standard, in his attempt to launch a third party, is still fighting tenaciously to prevent Donald Trump, the Republican presidential nominee, from taking the White House in November.

Kristol, a die-hard member of the increasingly insignificant—indeed, increasingly pathetic--#NeverTrump movement, is among an ever-shrinking group of self-avowed “conservatives” that spare no occasion to persuade the rest of us that Trump is nothing more or less than the ruination of the “conservative movement” as we know it.

To some of us conservatives, the promise of this is music to our ears.

And the reason for this is simple enough: The conservative movement that Kristol and his ilk want to conserve is actually nothing of the sort:

That’s right, even if it is more moderate in some respects than is the conventional left, neoconservatism embodies the same egalitarian and globalist ideology historically endorsed by leftists.

Of course, neither Kristol nor any of the other radio show hosts, Fox News contributors, and commentators who share his vehemence for Trump will dare to self-identify as “neoconservative,” for “conservatism” remains a far more marketable label than that of “neoconservatism.”

In fact, not only has the latter long since come to assume negative connotations, the associations of “neoconservatism” are so bad that neoconservatives have revealed their affinity with the left in trying to intimidate others into not recognizing them for what they are.

Hence, in some circles, the very term “neoconservative” (though applicable to Jews and Gentiles alike) is said to be an “anti-Semitic” slur.

Interestingly, though, Bill Kristol’s father, Irving Kristol, fully acknowledged both that neoconservatism was real and that it differed fundamentally from traditional or classical conservatism.

Moreover, Kristol the Elder never shied away from the distinction of being “the godfather” of neoconservatism.

Writes Kristol in his 1976 essay, “What Is a Neoconservative?” he says: “There can be no doubt that the political tendency deemed neoconservative does exist, that it is represented in such journals as The Public Interest and Commentary , that it has become quite influential as of late in shaping political attitudes in intellectual and academic circles, and that its views have even infiltrated the world of media and government.”

Kristol identifies the respects in which neoconservatism differs from “traditional conservatism.” First, it “is not at all hostile to the idea of a welfare state,” even if “it is critical of the Great Society version of this welfare state” (italics added).  Neoconservatives, in other words, favor such “reforms” as “social security, unemployment insurance, some form of national health insurance, some kind of family assistance plan, etc.”

Neoconservatives also prefer to use the national government in order “to interfere with the market for overriding social purposes,” even if they promise to be less intrusive than those further to their left.  Neoconservatism “prefers” to achieve this “by ‘rigging’ the market, or even creating new markets, rather than by direct bureaucratic controls.”

Thirdly, neoconservatives affirm the “equality of natural rights” expressed by the Declaration of Independence.  But as he states in “The Right Stuff,” Kristol reads these rights as legitimizing the characteristically neoconservative belief that America is an “ideological” or “creedal nation”—not a historically and culturally-specific one, as traditional conservatives have always held.

Fourthly, neoconservatives, inasmuch as they’re convinced that “American democracy is not likely to survive for long in a world that is overwhelmingly hostile to American values,” oppose “isolationism” and “détente” in foreign policy.  As he writes in “‘Human Rights’: The Hidden Agenda,” neoconservatives hold that America has “some kind of ‘civilizing mission.’” Thus, “its foreign policy must, to the degree that the world permits, respect the principles” for which the US “stand[s]…in the world [.]”

What this means is that “the ideological basis of American foreign policy gives it a permanent moral dimension which itself delimits the scope of any purely ‘realistic’ policy [.]”

American foreign policy mustn’t be practical or “realist” but ideological.

In his “The Neoconservative Persuasion,” Kristol is blunt when he informs readers that “the historical task and political purpose of neoconservatism” is “to convert the Republican Party, and American conservatism in general, against their respective wills, into a new kind of conservative politics suitable to governing a modern democracy.”

That widely recognized “progressive” presidents are among those praised by neoconservatives should come as no surprise given that they “do not feel that kind of alarm or anxiety about the growth of the state” during the 20th century as that experienced by conservatives and libertarians.

In fact, neoconservatives see “it as natural, indeed inevitable” that the state should continue to enlarge, and they “feel at home in today’s America to a degree that more traditional conservatives do not.”

Indeed, a large, powerful central government is needed so that “larger nation[s]” like “the Soviet Union of yesteryear and the United States today” can prosecute both their material and their “ideological interests [.]”  Regarding “a great power,” like America, “the ‘national interest’ is not a geographical term [.]”  It is “ideological.”

This in turn would mean that conservatives would divest themselves of their obsession to combat the growth of government and the welfare state.

It would mean as well that they would have to embrace a nakedly ideological or ahistorical conception of their own country and the expansionist foreign policy that America-as-creedal nation is meant to serve.

This is all more than a bit telling as it comes from the pen of the father and mentor of the guy who is now lecturing the rest of us on what it means to be a conservative in the Age of Trump—or in any age.

Russian Government Reportedly Attempting to Install Pro-Russian Leader in Ukraine
Rebecca Downs
This Sloppy Pro-Biden 'Brandon' Ad is So Bad, It's Hard to Tell Who It's Supporting
Rebecca Downs
Virginia Woman Charged After Threatening to Show Up to Child's School with Guns in Protest of Mask Mandate
Landon Mion
While Thousands Were Marching for Life, Here's What Democrats Have In Mind
Rebecca Downs
Kyrsten Sinema Censured By Arizona Democratic Party Over Opposition to Nixing Filibuster
Landon Mion
‘What Is a Woman?’: Matt Walsh Appears on ‘Dr. Phil,’ Presses ‘Non-Binary’ Individuals on Gender
Landon Mion

This Sloppy Pro-Biden 'Brandon' Ad is So Bad, It's Hard to Tell Who It's Supporting
Townhall
Hot take: The 'CRT' conspiracy theory is rebranded Nazi-style anti-Semitism wealthy donors use to weaponize history
Twitchy
Psaki Slips up on Who Is in Charge at the WH
Redstate
Is Putin Bluffing in Ukraine?
PJ Media