The Moral Imperative of Being Mannerly 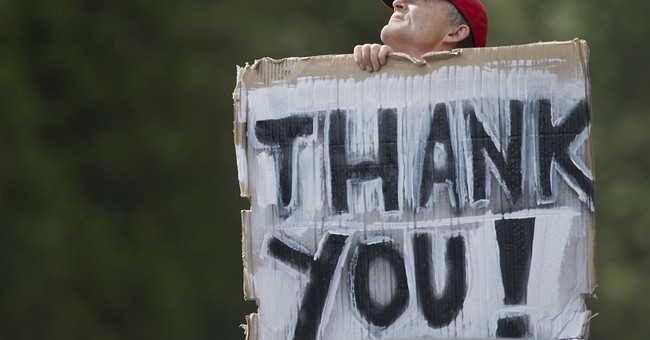 What we call “manners” consists of a family of habits or customs that are, with ever greater—indeed, alarming—frequency, regarded as, at best, niceties or pleasantries. At worst, they are viewed as the antiquated fictions of a bourgeois social order that, threatening alike as they do both the individual’s search for “authenticity” as well as the realization of an egalitarian dream—should be relegated to the dustbin of history.

The truth, though, is that we neglect manners at our own peril. Far from being superfluous to morality, manners are indispensable to it. But it isn’t just that manners supplement morality; they are a species of it: A connoisseurship in manners indicates good character.

And what a vital virtue this is.

It is often said that it is the police—“the thin blue line”—that separates civilization from barbarism or savagery. For as important as police are, the truth of the matter is that it is, first and foremost, parents upon whose shoulders civilization rests. After all, the child—as feral at birth as is any other animal—is made over into a person, a civilized being, courtesy of the moral education that it begins to receive while in the cradle. In no small measure and as a foundation for all that comes later, this education into the virtues consists of manners.

As it embarks upon its long trek from the savagery of infancy to the light of civilization, among the first words that a child should learn are those of “please,” “thank you,” and “you’re welcome” (and, of course, their non-English counterparts). To reiterate: these are among the first words that children should genuinely learn—and not just hear. Parents must labor tirelessly to habituate their children, not into “using their manners,” as the old saying goes, but into becoming mannerly human beings, for mannerly human beings are civilized persons.

Just a cursory glance at the passing scene today (all too) readily reveals that there is nothing less than a crisis of manners that seems to have overcome adults and children alike. The fundamentals that my whole family—parents, grandparents, aunts, and uncles—besieged me with from as early on as I can recall, appear to have been lost upon ever-burgeoning legions of people from every conceivable walk of life.

Whether at a restaurant or the gym, church or work, it is simply impossible to avoid encountering people who are either incapable of or unwilling to do something as simple as say “hello” while looking you in the eye. Evidently, these are the same folks who find it a challenge to walk and chew gum at the same time.

On the other hand, unsurprisingly, it has become just as difficult for people to refrain from engaging in, say, public cursing as it has been difficult for them to exercise manners. After all, the essence of manners—and, hence, the essence of civility—is self-restraint. It stands to reason, then, that as manners recede, they will be replaced by self-expression.

But self-expression, taken to the extreme, is barbarism.

Manners, being the stuff of the virtue of civility, are worth cultivating for the same reason that any virtue is worth cultivating: virtues are character excellences, goods that enable the virtuous person to live a better life than he or she otherwise would have. Yet manners, like any other virtue, and even more so than most, also serve the interest of supporting civilization, for where there is a mannerly people, there is a self-restrained people, persons mindful that the universe is one that they share with other persons.

Mannerly people, though far from perfect in virtue, have a moral leg up on the unmannerly in that they at least acknowledge the existence of other human beings. Recently, while at the school at which I teach, a colleague—and a person from whom I have a right to expect more—passed me by without so much as issuing a simple “hello.” This was not the first time that this has happened, and from what I understand, this is not at all atypical conduct for this individual. At any rate, this latest event got me frustrated enough to get me to thinking some more about manners.

So why am I as exasperated as I am with this sort of thing?

Simply put, while it is breathtaking in its rudeness, it isn’t just rude.

Unmannerly actions of this kind have the effect of either objectifying those to whom they’re directed by treating them as if they were no different from any other inanimate thing or, worse, reducing them to the status of non-entities.

Unmannerly people endanger their own moral well-being as well those with whom they share the Earth.