Frank Borzellieri and the Death of Free Speech 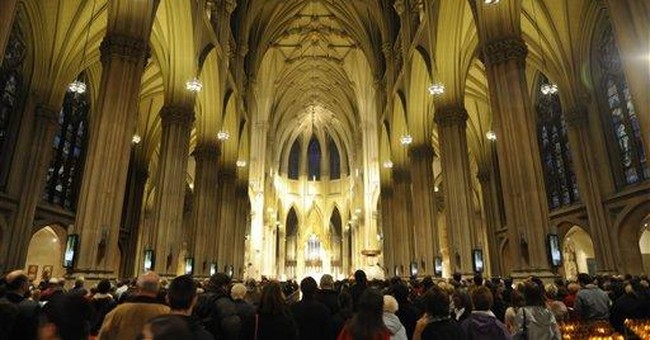 Back in 2011, Frank Borzellieri was terminated from his position as principal of Our Lady of Mount Carmel, a predominantly black and Hispanic Catholic elementary school located in the Bronx, New York. The Daily News charged Borzellieri with “white supremacy,” the Church to which Borzellieri devoted his life upheld the conviction, and that was that.

Yet the charge was baseless and the conviction cruelly unjust.

Borzellieri is the author of six books, some of which treat racial and cultural issues. His great sin seems to consist in the fact that he dared to note that there are interracial IQ differences that correlate to some extent with other social indicia.

In this, however, he joins every other scientist who takes this data for granted. To name just a few examples:

The Bell Curve authors, Charles Murray, an American Enterprise Institute Scholar and the 2009 recipient of the Irving Kristol Award, and the late Richard Herrnstein, a Harvard professor; MIT scientist and best-selling author Steven Pinker; and Thomas Sowell, the black “conservative” economist, nationally-syndicated columnist, and Hoover Institution fellow have been saying for decades nothing particularly different from anything that Borzellieri has written.

Yet the notion that Borzellieri is any sort of “supremacist” is patently absurd on its face.

But Borzellieri must believe in “white supremacy,” his accusers contend, because he had at one time associated with Jared Taylor’s American Renaissance (AR), an organization that routinely explores the ways in which race and IQ intersect with all manner of other cultural phenomena.

And anyone who mentions race and IQ, or who associates with those who do so, must be a “white supremacist.”

The viciously circular logic of this reasoning aside, the argument too proves too much.

First, as was mentioned earlier, by this illogic, every scientist—including respectable “conservatives,” black and white—must be “white supremacists.”

Second, it’s true that Borzellieri and all other scientists recognize that whites in the aggregate have a higher IQ than blacks and Hispanics considered as groups. This, presumably, is what invites the “white supremacy” charge. But they also readily concede that Asians, collectively, have a higher IQ than whites. Wouldn’t this then make them “Asian supremacists?” It’s a strange sort of “white supremacy” indeed that affirms the cognitive strength of a non-white group over that of whites (as a group).

Third, if Borzellieri is a “white supremacist” for associating with AR, then so too are some fairly respectable “conservative” public figures, both black and white, who also have some past dealings with AR.

AR has been around since 1990. In 1999, seven talk radio hosts were interviewed for its January issue. All seven acknowledged the same interracial IQ differences to which Borzellieri alludes—even if some of them were non-committal when it came to rival theses that seek to account for these differences. So, who were these hosts?

Are these whites and blacks, Christians, Jews, and agnostics, “white supremacists?”

Later this same year, Jared Taylor’s New Century Foundation released its, The Color of Crime: Race, Crime, and Justice in America. Taylor, who was once on the New York Times “best seller” list, was invited to give a press conference on C-SPAN to discuss his latest.

Economist and nationally syndicated columnist Walter E. Williams—a black man—verified the soundness of The Color of Crime and quoted from it.

Did Williams betray his commitment to “white supremacy?”

Prior to Borzellieri’s reversal of fortunes, his work was showcased in a range of prominent publications, including Newsday, USA Today, The Guardian, and even the Daily News. He also made frequent guest appearances on numerous radio and television shows, from the Fox News Sunday Morning Show to the programs of Sean Hannity, Alan Colmes, and Geraldo Rivera.

Today, Borzellieri lives a lonelier—and dramatically harder—existence. The man who wants for nothing more than to resume his duties as an educator is jobless. Branded with the “R” label, he’s been shut out in the cold.

Mike Abel, the caretaker of an orthodox church, has started a “Go Fund Me” page for Borzellieri. Please consider helping this casualty of Political Correctness.

As Mike Abel says, Borzellieri could be any of us.