Republicans and the Language of the Left 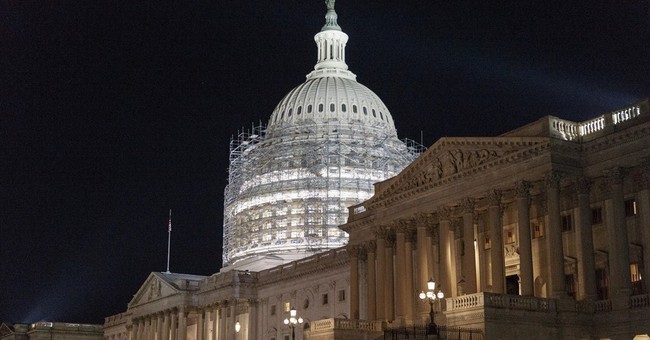 As the mid-term elections approach, it’s high time for Republican commentators to walk the walk.

Just the other morning, Mark Steyn, busily promoting his new book, made an appearance on Bill Bennett’s radio program. The latter agreed enthusiastically with the former that in order for conservatives to prevail culturally, it is imperative for them to prevent the left from assuming control of the language.

Newsflash for Bill and Mark: That ship has long since sailed beyond the horizon.

From at least the time that neoconservatives came to dominate the Republican Party—and perhaps even earlier—so-called “conservatives” have been ceding the language to the left. This, in all fairness, may have not a little to do with the fact that, intellectually and ideologically, neoconservatives are the products of leftist traditions themselves. But the point remains:

Courtesy of GOP-friendly commentators like Bennett and Steyn (and countless others), the left has achieved nothing less than a monopoly on our language.

Examples of this phenomenon are too plentiful to recount here, but a select list should suffice to make the point.

(1) GOP mouthpieces routinely decry “multiculturalism” while insisting that “we are all Americans,” and yet they never cease to describe, say, blacks and Hispanics as “African-Americans” and “Latino Americans,” respectively.

(2)While paying lip service to the need to secure America’s borders, so-called “conservatives” either advocate on behalf of “comprehensive immigration reform”—i.e. amnesty—or, if they do not explicitly call for this, they nonetheless tirelessly proclaim their support for legal immigration—regardless of the Third World from which it originates.

(3) In championing immigration, Republican media figures can be relied upon to echo the leftist mantra that “America is a nation of immigrants.” Few leftist sound bites are as idiotic as this one. And few are as instrumental to the “fundamental transformation”—the destruction—of the country.

(4) GOP talking heads are just as ready to cry “racism” as are their leftist counterparts. Thus, they legitimize the Big Lie that (white) “racism” is an omnipresent threat to everything that Americans hold sacred. But it isn’t just that this is a bold-faced lie; more so than any other device, it is a lie that the left has exploited in the service of facilitating its “progressive”—i.e. its socialist-totalitarian—agenda.

What’s even worse is that self-declared “conservatives” don’t just accuse those to their left of being the real “racists.” They’re at least as eager to throw one another under the bus at the first sign that one of their own may have made a remark that could be construed as “racist.”

As for those to their right—libertarians and genuine or traditional conservatives—our “conservatives” reserve unmitigated contempt.

(5) What’s true of “racism” is no less true of “sexism”: neoconservative Republicans, far from debunking it, actually legitimize the notion that there is a “war” on women.

Just this week, Rick Santorum was a guest on Michael Medved’s radio show. Santorum’s rejoinder to the charge that Republicans war against women is a familiar one: It is actually the left, with its detestation of traditional sexual mores and avid support for abortion and the like,that really hates women.

Again, rather than mock or dismiss the language of the left, faux conservatives accept its terms.

(6) “Conservative” Republicans remain intent upon invoking the idiom of “rights” when discussing every moral issue—even though this idiom has long been the left’s preferred manner of speaking about morality. Leftists know well that abstractions like “human rights” are ready-made to grow government while coercing society into serving their agenda.

In accepting the idea of universal rights (whether they’re called “natural,” “moral,” or “human”), Republicans sanction the moral machinery underwriting the Big Government program of the left.

(7) Republicans ache for leaders in Washington behind whom they can rally. However, the idea that politicians—government office-holders—should be leaders is a staple of leftist thought. Just the firing of a few neurons goes some distance in seeing why this is so.

First, and most obviously, leaders are expected to, well, lead. But lead who, and lead where? If politicians—those with a monopoly on both the authority to coerce the citizenry into doing their bidding as well as the power to insure that it does so—are expected to be leaders, then it is to some imagined political promised land or other that they are supposed to “lead” the rest of us.

What this in turn means, though, is that to be effective leaders, politicians must be visionaries, aggressive activists who compel citizens to part with their property, time, and maybe even their very lives in the service of fulfilling the leader’s plans for a better tomorrow.

In other words, there is no scheme that is more antithetical to individual liberty than one involving government office-holders who are leaders.

Second, if politicians are expected to be leaders, then the left is right and politics trump all other considerations. Culture is secondary to politics. Politics make the world go round, for all that is needed is that we elect real leaders.

These are just some examples of how “conservatives” have indeed relinquished the language to the left.