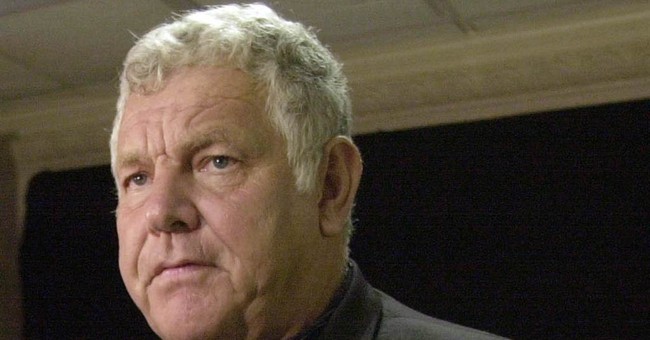 When, on March 13, a caller to Bill Bennett’s radio show charged the host with being unduly supportive of “establishment Republicans” over Tea Partiers, Bennett admitted that while he’s an admirer of the Tea Party, he would not endorse those of its candidates who, even if they won, would hurt the party.

Even if they won, they would hurt the party.

In other words, it is rank hypocrisy for the Bill Bennetts of the GOP to castigate Tea Partiers (and libertarians) for being “purists,” say, when the latter invoke the No Harm principle against those establishment Republicans who they believe have been harming the party, and the conservative movement, for decades.

It is rank hypocrisy for establishment types to charge their brethren to their right—and make no mistakes, so-called Tea Partiers and libertarians are indeed more to the right than their accusers—of aiding and abetting Democrats.

You can bet the bank that Bennett, Bill Kristol, Michael Medved, Dennis Prager, Hugh Hewitt, and legions of others wouldn’t spare a moment to forfeit an election, any election, to a Democrat, any Democrat, if the only alternative was, say, Ron Paul or Pat Buchanan. This isn’t just a hypothetical: It’s a matter of record that Bill Kristol once explicitly stated that he would vote for John Kerry over Buchanan.

A more telling example of this inconsistency on the part of establishment Republicans is New Jersey Governor Chris Christie.

Though he implored the attendees at the most recent Conservative Political Action Convention (CPAC) to set aside their differences and vote Republican, when Christie had an opportunity to advance Mitt Romney during the last presidential election cycle, he did nothing of the kind. He formally endorsed Romney, it is true. Yet, in effect, he pushed President Obama over the finish line by heaping endless praise upon him in the wake of Hurricane Sandy and insinuating that his prior endorsement of Romney was just a matter of “playing politics.”

There is yet more hypocrisy to be exposed.

To an incalculable extent, the GOP’s foreign policy under President Bush II damaged the Republican brand. Poll after poll continues to show that the vast majority of Americans prefer, in the words of none other than presidential candidate Bush II, “a more humble foreign policy.” Still, such establishment figures as John McCain and Lindsay Graham continue to feed into the worst caricatures of the war mongering Republican. It is establishment Republicans who fuel the perception that they’re zealous purists, “extremists” and “one issue voters,” when they wax hysterical over just talk of reducing by a single red cent our tremendous defense budget.

In practice what this means is that any candidate like, say, a Senator Rand Paul, who exhibits anything less than unadulterated enthusiasm for the foreign policy agenda for which Republicans have, to their great detriment, become known, will most definitely not receive support by the GOP machine. Beyond this, much like Paul the Elder, they will be branded an “isolationist” and subjected to every conceivable smear.

When establishment Republicans acquiesce in the left’s agenda and Tea Party types complain, the reply with which they are invariably met is something like: “Remember, Republicans control only ‘one-half’ of ‘one-third’ of the government.” The tone is clear: these pesky, naïve purists just can’t grasp political reality! Well, maybe it is high time that establishment Republicans be forced to face a counter-reply.

Tea Partiers should remind the establishment that during past election cycles none of the candidates who they’ve catapulted to office ever instructed them on the nit and grit of the political realities on which they are now being lectured. Furthermore, Tea Party voters should insist now, before the next election cycle, that every Republican running for office repeatedly caution voters against entertaining unrealistically high expectations, for regardless of what happens this November, a Democratic president promises to remain in the White House for at least the next two years.

Intra-party unity there will never be. Intra-party clarity, however, is less unattainable.