Why the Left Obsesses Over ‘Climate Change’ 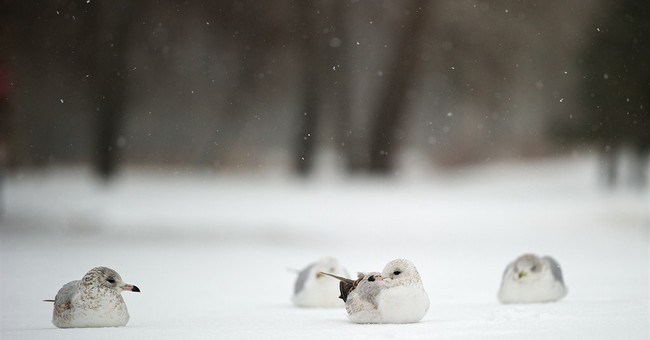 Everyone who hasn’t been living in a cave is aware of the fact that what is now called “climate change” was known, not all that long ago, as “global warming.” That the latter label has largely been displaced by the former is a turn of events that sheds much light into the dark recesses of the leftist’s psyche.

In spite of the fact that, at least for a while, “global warming” was quite the buzzword in the popular culture, it—along with the leftists who spared no occasion to invoke it—experienced a decisive reversal of fortunes a few years back when “Climategate” came to the public’s attention. Many distinguished scientists, it was revealed, conspired with one another to conceal that evidence which contradicted the idea of anthropogenic (man-made) global warming. Over 1,000 emails and an assortment of other documentation confirmed the doubts of skeptics who long insisted that the notion of global warming was an invaluable fiction to those who sought to annex ever greater amounts of power to the central government.

Of course, this wasn’t the only obstacle that “global warming” had to surmount. Regardless of what the experts say, the average person is much more disposed to trust his own senses than testimony that militates against it. And the average person can see that for all of the hype over so-called global warming, in many parts of the country—and the planet—it still gets very, very cold.

So, global warming has had bad press and it is all too easily refuted by the daily experiences of millions, and maybe even billions, of people all over the globe. Thus, the time was ripe to substitute for “global warming” a label that hadn’t yet been scandalized. More importantly, it would have to be a label that was vague enough to defy empirical confirmation (and falsification) while conforming to the experiences of everyday life.

With the greatest of ease, “climate change” satisfies both of these conditions.

Yet it is precisely because “climate change” works so well in these respects that this seemingly innocuous term is the stuff of which the ideologue’s fantasy is made.

President Obama—the Great Transformer—and his ideological ilk know all too well that the “war” against “climate change” that they ache to wage promises to be a war without end.

Change is a fundamental fact of life. There is nothing in this world that isn’t susceptible to change, nothing that isn’t in a state of constant flux. The climate is no exception to this rule. Since, then, the climate will always change, the war against climate change, in principle, can continue forever.

A society devoted to liberty is most in danger of undergoing just the sort of “fundamental transformation” that Obama wishes for America, it is most in danger of losing its character as a free society, when it is waging war. War is the emblem of all crises, and as Rahm Emmanuel infamously, but truthfully, said, “a good crisis” must never be permitted “to go to waste,” for it is in times of crisis when the government is not only allowed, but expected, to engage in activities that it wouldn’t ordinarily be able to pursue.

When a society is at war, the government becomes the agent par excellence of activism. Politicians become “leaders” and citizens become servants to the war effort as their resources in time, energy, and labor are conscripted in the service of achieving “victory” over the enemy.

In this case, the case of the war on climate change, the enemy is intractable, for the enemy is us. What’s worse is that given the amorphous concept of “change,” we have no definitive way to gauge progress, for there are no benchmarks, no place from which to begin and certainly no destination in sight.

Of this we can be certain: those who long to further consolidate the power of the national government care about “climate change” only inasmuch as it serves governmentalism, not environmentalism.
Here's How de Blasio Reacted When NYC's Black Lives Matter Mural Was Defaced
Beth Baumann
How Taxpayers Are Funding the Gun Control Agenda This Election Cycle
Beth Baumann
Here's the Coronavirus Protocol One Teachers' Union is Demanding Schools Implement this Fall
Madeline Peltzer
Liberal Lawyer Shreds CNN Legal Analyst’s Take on Roger Stone’s Commutation in Less Than Five Paragraphs
Matt Vespa