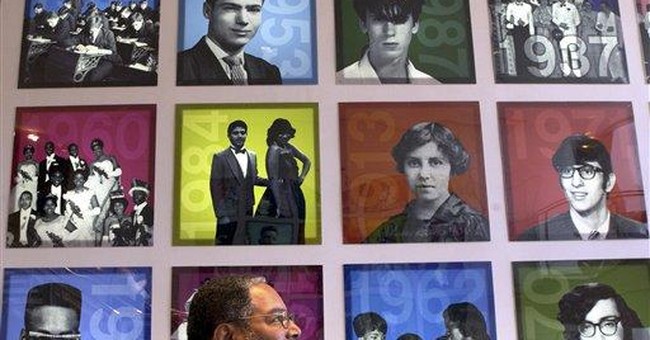 February is Black History Month. As those on the right (and even an increasing number of people elsewhere) know well enough, these four weeks are all too easily used by activists as an opportunity to promote a politics of victimhood congenial to a leftist agenda.

Born in the early 1890’s in the lower South, Hurston would one day join the ranks of those black writers who became associated with “the Harlem Renaissance.” Unlike most of her colleagues, however, she staunchly rejected the communism and socialism with which they sympathized.

Hurston resented the efforts made by black and white intellectual alike to make of black Americans a new proletariat, a victim class perpetually in need of an all-encompassing national government to ease the “lowdown dirty deal” that “nature has somehow given them [.]” Hurston was adamant that she was “not tragically colored.” She insisted that “no great sorrow” lies “damned up in my soul, lurking behind my eyes,” and she placed a world of distance between herself and “the sobbing school of negrohood who hold that nature somehow has given them a lowdown dirty deal and whose feelings are hurt about it [.]”

For what contemporary black commentator Larry Elder refers to as the “victicrats” among us, Hurston had zero use. “Someone is always at my elbow reminding me that I am the granddaughter of slaves,” she remarked. Much to their chagrin, though, “it fails to register depression with me.” Furthermore, she stated bluntly that “slavery is the price I paid for civilization.”

Our increasingly joyless generation is oblivious to another of Hurston’s insights: a sense of humor can bear most, if not all, painful things. Regarding racial discrimination, she noted that while she “sometimes” feels “discriminated against,” she does not get “angry” about it. Rather, the experience “merely astonishes me,” for how, Hurston asks, “can any deny themselves the pleasure of my company? It’s beyond me.”

As far as foreign policy was concerned, Hurston was of the old right. She was what today we are inclined to call a “paleoconservative” or “paleolibertarian.” With the Russell Kirks, Patrick J. Buchanans, and Ron Pauls of the right Hurston had much in common—especially when it came to foreign policy.

Of the Roosevelt and Truman administrations, she spoke contemptuously as she identified what Hurston took as their hypocrisy. Those “people who claim that it is a noble thing to die for freedom and democracy,” she asserted, “wax frothy if anyone points out the inconsistency of their morals [.]” The fact is that “we” also “consider machine gun bullets good laxatives for heathens who get constipated with toxic ideas about a country of their own.” Roosevelt “can call names across an ocean” for his “four freedoms,” she added, yet he lacked “the courage to speak even softly at home.”

When Truman dropped “the bomb” on Japan, Hurston referred to him as “the Butcher of Asia.”

But Hurston blasted away at Big Government for domestic purposes as well. She was an adamant critic of the New Deal and jumped at the chance to support presidential candidate Robert A. Taft when the opportunity arose for Republicans to dismantle the house that Roosevelt built.

A big part of FDR’s legacy, Hurston complained, is that “the word ‘liberal’ is now an unstable and devious thing in connotation [.]” What this means in practice is “Pinkos and other degrees of fellow travelers” have succeeded in convincing large numbers of people that a liberal “is a person who desires greater Government control and Federal handouts.”

Taft, though, could put an end to this, Hurston claimed, for Taft is a real liberal, a Jeffersonian liberal.

Interestingly, Hurston found Taft’s lack of charisma to be among his virtues, for she realized that those presidents who seduced the electorate with their charms were dangerous to liberty. Taft, she thought, was more like “those men who held high office” before “the mob took over” with “the advent of Jacksonian democracy [.]”

An opponent of segregation, Hurston was just as much of an opponent of federal efforts—like Brown v. Board of Education—to end it. She was bewildered by the idea that, as a black person, she should take comfort in the fact that there was now “a court order for somebody to associate with me who does not wish me near them [.]”

Race relations in the South, through the “effort and time” of those who live there, “will work out all its problems.”

In short, Hurston was a devotee of liberty. She relished in her individuality while courageously discarding the collectivist, utopian fantasies of which the twentieth century was ridden:

“I have the nerve to walk my own way, however hard, in my search for reality, rather than climb upon the rattling wagon of wishful illusions.”

During this Black History Month, all lovers of liberty would be well served to follow Hurston’s lead.