Why We Won’t Hear About George Schuyler this February 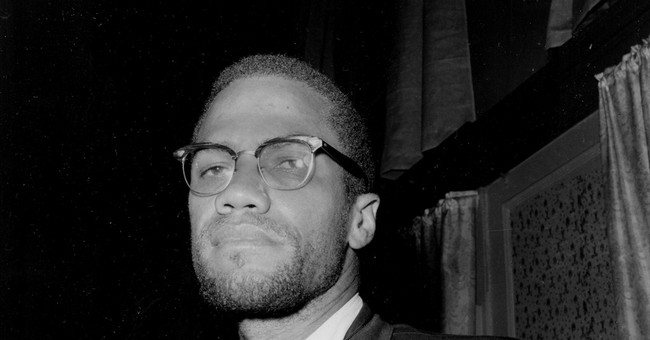 Once again, “African-American History Month” is upon us.

Of course, these four weeks of February have little to do with actual history, and everything to do with ideology. That this is all about the advancement of a decidedly leftist political agenda is borne out readily enough by the conspicuous absence of the names of once-famous blacks who refused to endorse the conventional wisdom on the “civil rights era.”

One such person is George Samuel Schuyler.

The reason is simple: Schuyler, in spite of being one of the most incisive and compelling popular writers of the twentieth century, wasn’t just black; he was black and conservative.

Born in 1895 in upstate New York, Schuyler would eventually become associated with “the Harlem Renaissance.” And from the 1920’s through the 1960’s, he wrote for and edited The Pittsburgh Courier, one of the largest black newspaper publications in the country. During this time, Schuyler authored what many regard as the first racially-oriented science fiction novel, Black No More. His 1966 autobiography, Black and Conservative, has been credited by no less a figure than the black Ivy League left-wing scholar Cornel West as a “‘minor classic’ in African-American letters.” The famed iconoclast H.L. Mencken, of whom Schuyler was a protégé of a sort, described the latter as perhaps the ablest writer, black or white, of his generation.

Besides being an ardent anti-communist, Schuyler also had little good to say about those of his contemporaries who lead the civil rights movement of the 1950’s and 1960’s. Although he had been a tireless champion of racial equality for all of his life, he regarded the plans of the civil rights activists as inimical to liberty.

For instance, while it was still a bill in Congress, Schuyler argued powerfully against what would become the Civil Rights Act of 1964.

Schuyler readily concedes that the white majority’s attitude toward the black minority is “morally wrong, nonsensical, unfair, un-Christian and cruelly unjust.” Still, because “it remains the majority attitude,” the federal Civil Rights law would be but “another typically American attempt to use the force of law to compel the public to drastically change [.]”

Although race relations weren’t where Schuyler wanted for them to be at this time, he was quick to point out that they had improved markedly since slavery had ended. He was equally quick to observe that “civil rights laws, state or federal, have had little to do with” such changes. Rather, it is “custom” that “has dictated the pace of compliance” with those civil rights laws that would have otherwise remained “dormant in the law books.”

The “principal case” that Schuyler makes against this proposed legislation pertains to “the dangerous purpose it may serve.” Such a law “is still another encroachment by the central government on the federalized structure of our society.”

“Armed with this law enacted to improve the lot of a tenth of the population, the way will be opened to enslave the rest of the populace.” A federal civil rights law of the sort that was passed in 1964 strikes “a blow at the very basis of American society”—i.e. “state sovereignty and individual liberty and preference.”

Schuyler insisted on being even more graphic: “We are fifty separate countries, as it were, joined together for mutual advantage, security, advancement, and protection. It was never intended that we should be bossed by a monarch, elected on born. When this happens, the United States as a free land will cease to exist.”

That Schuyler had choice words for those men, like Martin Luther King, Jr. and Malcolm X, who are have been canonized by our culture is alone enough to relegate him to the dustbin of official “history.”

When King was awarded the Nobel Peace Prize in 1964, Schuyler was outraged. He wrote that King deserved, not this prize, but “the Lenin Prize,” for “it is no mean feat for one so young to acquire sixty Communist-front citations [.]” Schuyler lauded King’s objectives but deplored his motives. King’s “incitement,” he charged, “packed jails with Negroes and some whites, getting them beaten, bitten and firehosed, thereby bankrupting communities, raising bail and fines, to the vast enrichment of Southern Law and order.”

Schuyler debated Malcolm X on more than one occasion. He had little regard for Malcolm, who he referred to as “one of the high priests of Black Power [.]” Schuyler says of Malcolm that he “was a bold, outspoken, ignorant man of no occupation,” just one of the many “mediocrities, criminals, plotters, and poseurs” that had come to fill the ranks of this “past generation” of “black ‘leaders [.]’”

Upon meeting Malcolm for the first time, Schuyler admits that he “was initially astonished by his wide ignorance.” He explains that when Malcolm “launched into an excoriation of white people in the name of Islam, I called his attention to the fact that the majority of Moslems were whites [.]” Malcolm, he continued, was no better prepared to reply to this revelation than he was Schuyler’s assertion that Moslems were more involved in the African slave trade than were Europeans. “He was surprised to learn this,” Schuyler recalled.

Some years after his death when the movement to memorialize Malcolm was well under way, Schuyler said that “we might as well call out the school children to celebrate the birthday of Benedict Arnold.” He added: “It is not hard to imagine the ultimate fate of a society in which a pixilated criminal like Malcolm X is almost universally praised, and has hospitals, schools, and highways named in his memory!”

Perhaps it’s for the best that George Schuyler’s is not among the names that we’ll be hearing this month. Given the lover of individuality that he was, Schuyler would never have wanted to have been remembered as a black man.

But we should remember him for the man that he was, a man who waged a relentless campaign for truth and freedom and against the fashions and cant of his day.