Good Stewards of the Earth

Jackie Gingrich Cushman
|
Posted: Apr 23, 2020 12:01 AM
Share   Tweet
The opinions expressed by columnists are their own and do not necessarily represent the views of Townhall.com. 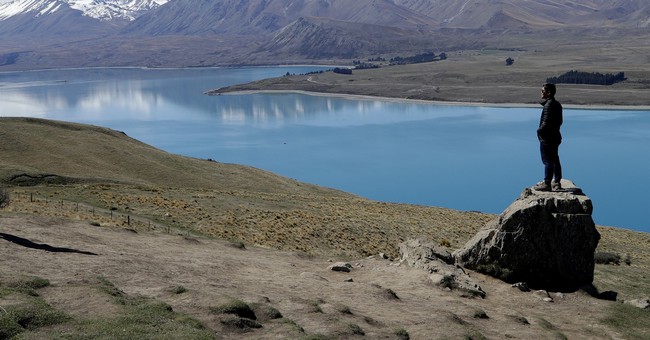 This week, we are celebrating the 50th anniversary of Earth Day. When I was a child, my father (former House Speaker Newt Gingrich) was an environmental studies professor at West Georgia College in Carrollton. In 1971, our family spent the second Earth Day picking up trash from the side of a road. We often hiked, canoed and camped at the Okefenokee Swamp.

One of my earliest memories is the "Keep America Beautiful" commercial, which was produced for the first Earth Day. It portrayed what appeared to be an American Indian crying over the pollution that littered our country. Later, we found out that the actor was neither an Indian nor really crying. But his message was real: we should take care of the land that we inhabit.

While many might view this belief as liberal, I believe it's biblical. If you believe that God created the Earth (which I do) and you believe that humans were entrusted to take care of God's creation (which I also believe), then the question of how we should interact with the environment becomes a question of stewardship. How do we best take care of the Earth, which was given to us by God?

If we take on this challenge of stewardship, we have to think about the best approach. When you are faced with a problem, how do you solve it? Do you solve it by subtracting and controlling, or by adding and incentivizing? Does the approach matter? I think it does. While it's human nature to attempt to control, this can lead to limiting options, limiting actions and negative results. Incentivizing and building on positive actions tends to provide more options, energy and possibilities, and better results.

So, what does this mean for our environmental focus? Democrats are currently pushing a Green New Deal that not only pushes government control as the solution but also adds guarantees of basic income and health care coverage. From the Democrats' perspective, government is going to solve all our problems.

"I understand the intellectual appeal of government control but recognize that it contains two key flaws," I wrote in my recent book, "Our Broken America: Why Both Sides Need to Stop Ranting and Start Listening." The flaws "(1) Government is neither efficient nor effective; and (2) When government attempts to overcome its inefficiencies, it does so by taking away people's freedoms."

So, if the Democrats' approach of control is not the answer, what can we do to be better stewards of the Earth? Last year, the Institute of Integrative Biology in Zurich, Switzerland, published a study led by Jean-Francois Bastin titled "The Global Tree Restoration Potential."

It was based on a quantitative analysis that concluded tree restoration "is overwhelmingly more powerful than all of the other climate change solutions proposed," according to Thomas Crowther, a co-author also at the Institute of Integrative Biology.

By measuring tree cover in 80,000 high-resolution satellite images, the authors created a map showing where trees could be planted. The goal: a trillion trees across the globe. While the goal may sound daunting, it is inspiring; it requires positive action; and its impact would be additive.

This past January, President Donald Trump signaled the support of the United States. "We're committed to conserving the majesty of God's creation and the natural beauty of our world," Trump said, noting that the United States "will continue to show strong leadership in restoring, growing and better managing our trees and our forests." The next month, Republican leadership in the House of Representatives introduced the Trillion Trees Act. According to co-sponsor Rep. Bruce Westerman, R-Ark., the act would result in more trees being planted throughout the nation and "incentivizing innovative building practices with a sustainable building tax credit." The bill was sponsored by 33 Republicans and three Democrats.

With the current focus on the COVID-19 pandemic and the economic relief packages, this bill has stalled, but it should be picked up again. Once we get through this crisis, we will want and need to get outside and connect with one another and nature.

The tree planting could be carried out by individuals. The reality is that planting trees would reduce the carbon in the air, provide shade and beauty to the landscape, and help mankind take a positive step toward becoming better stewards of the Earth.